How do foreigners get Bangladesh visa? 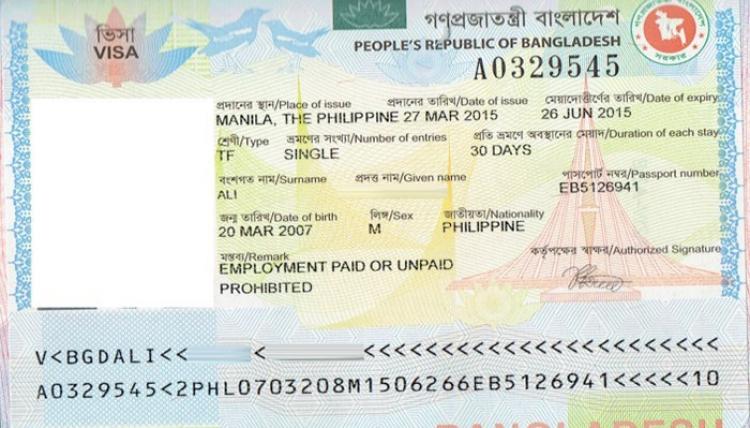 Foreign nationals have to get a visa if they want to come to Bangladesh like every other country.

A government allows a foreign national to enter the country through a visa and these visas fall into different categories. Bangladesh issues visas in a total of 30 categories. In the meantime, the head of state or government, minister or persons of equal rank get ‘A’ category visa. Members of government delegations receive “A1” and officials of the United Nations or any of its agencies, international or regional organizations are granted “A2” category visas. If the family members of ‘A2’ visa holders want to come to Bangladesh, they are given ‘FA2’ visa.

While experts working on various government projects funded by development agencies such as the World Bank are given ‘A3’ visas, other experts are given ‘E’ category visas. These specialists can work in government, semi-government or autonomous organizations.

Although ordinary tourists are given ‘T’ visa, people of Tabligh or other religions who come to Bangladesh for religious tourism are given ‘M’ visa. ‘R’ visa is issued to foreigners coming for research, internship or training in any institution approved by the Government of Bangladesh.

Is it possible to get a visa by applying?

Asked about this, a Foreign Ministry official said, “Visa is a privilege and it is not a right. The government may not issue a visa to any foreigner. The government is not obliged to explain why the visa was not granted. In many cases, if there is a shortage of paperwork, the visa applicant is asked to submit the paperwork.

He said that in many cases, the government has taken a policy of issuing less visas to the citizens of a particular country. Born in Israel but currently applying for a visa for citizens of any other country is considered in Dhaka, he said.

Can you enter Bangladesh as soon as you get a visa?

Not at all. Immigration at the airport may not allow a foreign national to leave even after obtaining a visa and may send him or her back on the next convenient flight. Another official said that SAARC visas have been introduced in SAARC countries. Those who are issued SAARC visas do not need to obtain a visa from the traveling country while traveling in these 6 countries.

“Once we were informed from the airport that a musician from Pakistan had come to Dhaka on a SAARC visa,” he said. When he was asked about the purpose of the trip, he said that he had come to meet his girlfriend. He was sent back to Pakistan on the next flight.