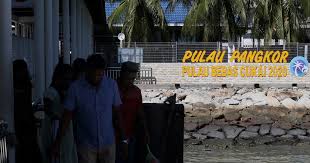 KOTA BARU: The economy has steadily improved in the two months of the Recovery Movement Control Order (RMCO).

Minister in the Prime Minister’s Department (Economy) Datuk Seri Mustapa Mohamed said the extension of the RMCO, therefore, would not negatively impact the nation’s trade, and described the decision as a right move.

“Since the MCO was lifted, several business sectors had gradually restarted operations, and were allowed to fully operate during the RMCO in June.YOU MAY ALSO LIKE

“We have found that the country’s economy is booming, where retail, small- and medium-scale enterprises, construction and manufacturing industries, are in operation.

“Although not fully back to normal, it’s becoming increasingly active as we are getting used to the past two months (since the RMCO was announced).”

He said this at a press conference after launching a local sugarcane drink stall here yesterday.

Mustapa added that the RMCO was a reminder to the public to remain responsible and adhere to the rules set by the government, especially when it concerned health and safety.

He also praised the efforts of the Health Ministry, and said the country was ready to continue operating under RMCO.

“This extension means all of us must be responsible and more careful for fear of a second Covid-19 wave as has happened in Europe.

“If (a second wave) happens and cannot be controlled, it will bring big problems to our country. Therefore, (the extension) is the right move, and we are ready with this extension as it does not affect the country’s economy,” Mustapa said.

He told the New Sunday Times that the impact of the RMCO was “most severe” as a majority of tourism players were predominantly dependent on international tourism.

He said although more domestic tourism was promoted, it was not sufficient.

“With no income for nine months, company restructuring and staff layoffs are inevitable.

“The domestic market is not big enough for all industry players to share. With an anticipated loss of some RM60 billion in foreign tourism receipts and a decline of more than 25 million tourist arrivals, the whole industry is crippled.”

Tan urged the government to extend both the bank loan repayment moratorium and wage subsidy programme by the Social Security Organisation.

Matta would be meeting with the tourism, arts and culture minister early next month to facilitate tourism funds and boost domestic tourism through attractive packages, he said.

“We urge tourism players to stay calm as we engage with the minister. This is unprecedented and we expect swift and effective measures to assist the industry.”

The government, Tan added, should also have more incentive programmes to encourage people to travel domestically.

He said the RM1,000 tax relief for domestic travel was ineffective, adding that the Finance Ministry had not released a detailed mechanism on how taxpayers could claim it.

“The tax relief should be increased for it to be effective, and it should cover the taxpayer, his or her spouse, and children for travelling.”