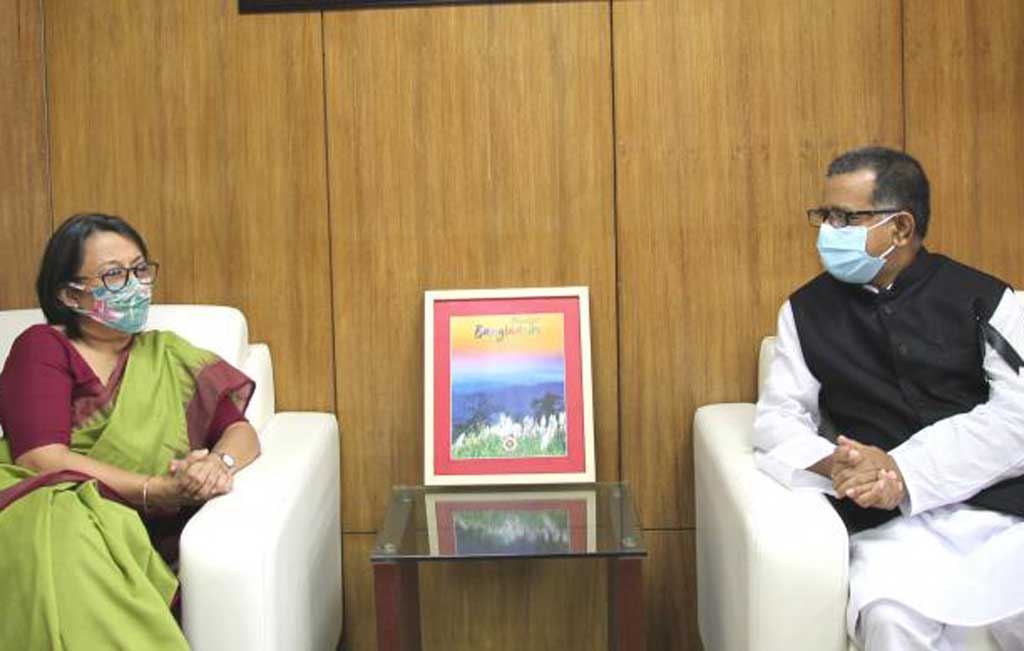 India has proposed resuming international flights with Bangladesh, which were suspended in March due to the Covid-19 pandemic.

Indian High Commissioner to Bangladesh Riva Ganguly Das made the offer during a meeting with Minister of State for Civil Aviation and Tourism Mahbub Ali at the secretariat on Thursday.

She also proposed that Bangladesh join the Indian “air bubble” – a travel corridor between the two countries to reopen their borders and re-establish connections – and expressed India’s interest in working for the development of the aviation sector in Bangladesh.

Minister of State Mahbub Ali agreed on the need to resume air communication between the two countries, and said that steps would be taken soon to re-establish air connectivity.

During the meeting, the junior minister and the Indian envoy discussed ways of enhancing cooperation between the two friendly neighbouring countries in the development of tourism and aviation sectors.

Mahbub Ali noted that friendly relations between Bangladesh and India were a longstanding reality.

Bangladesh would always remember the contribution of the Indian people in its Liberation War in 1971 with gratitude, he said, adding that the government led by Prime Minister Sheikh Hasina was working towards further developing relations between the two countries.

The Indian envoy also agreed that the ties between Bangladesh and India rested on a strong base, playing an important role in the welfare of the people of both countries.

At the meeting, Mahbub Ali said in the aftermath of Covid-19, it was necessary to enhance regional cooperation in order to boost the tourism industry in the region.

Mutual cooperation in the tourism and aviation sectors would help both the countries to achieve their goals, he added.

Describing her experience of travelling to the Sundarbans during her stay in Bangladesh as “excellent,” Das said Bangladesh was a country of immense potential for tourism, and there was a lot of potential for developing tourism relations between the two neighbours.

She said work was in progress to restore the infrastructure of Shilaidaha Kuthibari in Kushtia, the ancestral home of Rabindranath Tagore, with an Indian grant.

Once the restoration was complete, a large number of people from West Bengal would travel to Bangladesh to visit the site, she added.

Mentioning that direct flights from Sylhet’s MAG Osmani International Airport to London would start soon, Minister of State Mahbub Ali said using Sylhet airport for transit would be much more convenient for Indian citizens travelling to the UK from India’s north-eastern states. The Indian envoy agreed with him.

He thanked the outgoing Indian envoy for her cooperation in various matters during her stay in Bangladesh. He also congratulated Das on her appointment as secretary (east) of the Ministry of External Affairs of India.

Previous articleMalaysia to shut borders to Q2, 2021
Next articleCOVID-19 AND TRANSFORMING TOURISM