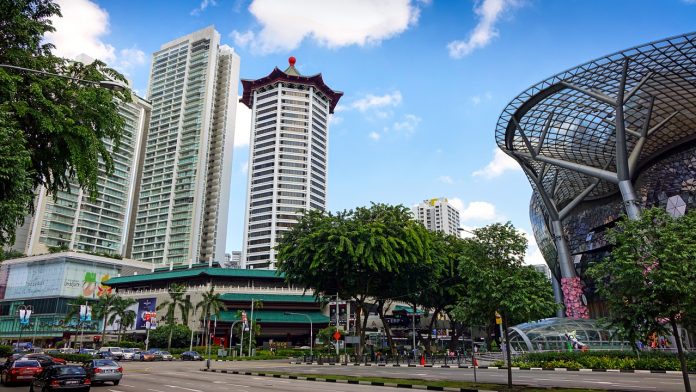 Singapore has long been the city of choice for Western expats wanting an easy entree into Asia. Clean, efficient, with low tax rates, it’s often seen as rivaling Hong Kong, especially with that city hit by street protests and unrest over China’s new national security law.

Yet just when Singapore should be a magnet for global talent, some recruiters say the barriers to entry are mounting. The city is facing the worst recession in its history, forcing a rethink for some firms on expansion and hiring plans. Alongside soaring unemployment has come a spike in rhetoric against foreigners, seen by some Singaporeans as taking jobs from locals.

An experienced nurse from New Zealand is finding out how tough it can be. She seemed, on paper at least, the ideal expat — arriving right before Covid-19. But 11 months and over 200 failed applications later, she says she’s on the verge of going home, unable to land a work pass.

She was told by companies that they have a quota and the quota is met, she said, asking not to be identified for fear of jeopardizing her partner’s work permit. When attempts to volunteer at hospitals were similarly rejected, she said she felt like she didn’t belong.

The uncertain job prospects, online commentary and stricter conditions risk making Singapore a less welcoming destination just as the city-state needs foreign investment the most. And as workplaces clamp down on hiring it could further limit the options for expats who have long seen a stint in Asia as an important and lucrative experience.

A jogger runs toward the Central Business District in Singapore on July 6.

The Singapore government has added to their angst by taking steps to promote local hiring, raising concern that it will come at the expense of expats. Earlier this month, it put 47 companies on a watch-list for suspected discriminatory hiring practices. The list includes banks, fund managers and consulting firms that may have pre-selected foreigners for jobs or not given Singaporeans a fair chance. This adds to the 240 companies already under scrutiny. The names of the firms weren’t disclosed.

And in May, it tightened the framework that governs employment passes for foreigners, increasing the minimum monthly salary to S$3,900 ($2,840) and further expanding rules requiring employers to advertise job openings to locals first. The government said Wednesday it plans to raise that salary threshold further.

“I wouldn’t be surprised if there was a contraction in the number of visas issued because the demand for foreigners is going to be less” in the near term, said Hays Plc Regional Director for Singapore Grant Torrens, citing the sharp contraction as the main driver.

The role of foreign workers became a key election issue this year, with several opposition candidates campaigning on claims that overseas talent is taking local jobs. The Workers’ Party, which clinched more seats than ever, published a manifesto that included tightening employment pass approvals.

“The only reason we have foreigners here is to give an extra wind in our sails when the opportunity is there,” Minister of Foreign Affairs Vivian Balakrishnan said in a televised election debate in July. “Now we are in a storm, and we need to shed ballast.”

Balakrishnan’s office said in response to Bloomberg queries on the comment that there will be a disproportionate impact on the foreign workforce in a downturn.

Foreign workers on employment passes – the sort issued to highly skilled workers as opposed to work permits for blue-collar jobs — typically comprise around 5% of the total workforce. Yet among top managers and professionals in some key sectors, the ratio of foreigners can be much higher. Non-Singaporeans made up 57% of senior management roles across the financial services sector, the government said in August.

Andrew Zee, team lead for financial services at Selby Jennings, said some of his job candidates were recently denied permits — a first for him in more than four years — though they were later approved on appeal.

Sirva Inc., which owns Allied Pickfords, said inquiries from people wanting to move to Singapore in the first seven months of the year were down 23% from the same period in 2019, according to Amanda Jones, senior vice president of sales and account management. Jones doesn’t expect to see expat executives coming to Singapore at pre-Covid numbers until 2022 at best, especially given travel curbs and the recession.

The shift is starting to be felt in the real estate market. Ella Sherman, an associate executive sales director at Knight Frank in Singapore who specializes in expat housing, says she normally signs about four rental agreements a month this time of year. Now she’s lucky to secure one, and knows of several clients heading home.

Beyond the economic woes and the pandemic lies an unease over foreigners in the country of just 5.7 million people. This has surfaced in public calls, often on social media, for more hiring of locals. When a Facebook post targeting foreign executives at $215 billion investment giant Temasek Holdings Pte went viral this month, Chief Executive Officer Ho Ching responded with a post of her own describing it as “a cowardly act of hate.”

Companies are taking pains to describe their efforts to retain Singaporean jobs. When Millennium Hotels and Resorts laid off 159 employees this month, it noted that the move lifted its “core” Singaporean workforce to 69%. After casino operator Resorts World Sentosa reportedly cut 2,000 jobs last month, the Ministry of Manpower issued a statement saying the majority of affected workers were foreigners.

“After the retrenchment exercise, RWS has a stronger Singaporean Core,” the ministry said.

Even expats abroad are feeling the pinch. One worker was overseas and between jobs when the pandemic struck. Though he quickly found a new position, he said his employment pass submission has been rejected several times with no explanation.

He’s now stuck in Europe paying rent for his empty home in Singapore, unable to return until his visa gets approved. He declined to be identified for fear of jeopardizing his application. He said the rising anti-foreigner rhetoric was equally worrisome.

For some, the social tensions were brought to the fore when a few expats were caught breaching government-imposed lockdowns by drinking and mingling outdoors without masks in May. The incident sparked an ugly debate on social media and prompted a minister to caution against the “visceral reaction” by locals. The offenders were fined and banned from working in Singapore, as were 134 others over May and June.

To be sure, some politicians are urging calm. Singaporeans want assurances that the government will continue to create opportunities and provide fair treatment, but a vast majority “understand that staying open and connected is very important to Singapore,” Manpower Minister Josephine Teo said Wednesday.

And the city state’s status as a finance hub ensures it will always be magnet for foreign talent. Citadel, the hedge fund run by billionaire Ken Griffin, announced this week it’s opening a Singapore office, as did Sun Life Financial Inc., Canada’s second-biggest insurer.

Even so, the avenues for many are narrowing. The nurse from New Zealand has started reaching out to health-care providers back home. They’re eager to hire so she may head back.

“Singapore is an amazing city, and we hoped that if we stayed long enough, things would change,” she said. “But the longer it takes, the further away it seems.”

Previous articleEmirates to resume flights to Thailand from September
Next articleIATO President shares his prescription to relaunch Tourism in the country; Confidence Building is the Key to Success