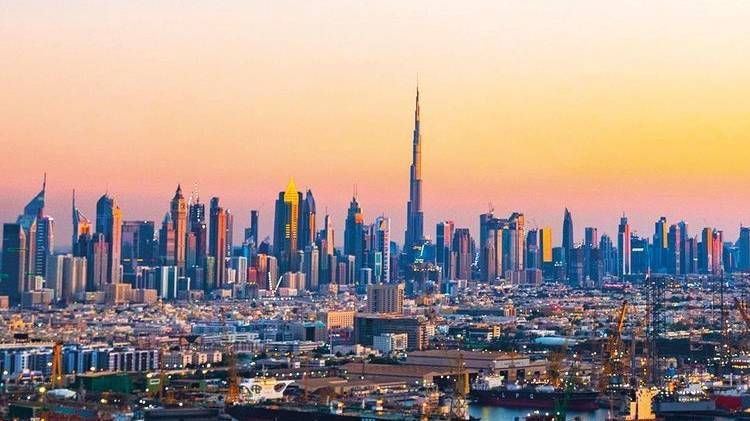 The UAE’s tourism industry is well-positioned to overcome the current challenges and reinforce its contributions to the country’s economic development, said Abdulla bin Touq Al Mari, UAE Minister of Economy.

Along with other key economic sectors, the tourism industry, which accounted for 11.9 per cent of the UAE’s gross domestic product and created 745,000 job opportunities in 2019, seeks to effectively fast-track the implementation of value-added programmes according to the 33-initiative plan, the minister said at a meeting held with Khalid Jasim Al Midfa, chairman of the Sharjah Commerce and Tourism Development Authority (SCTDA).

Early this month, the UAE government approved a general plan and agile package of 33 initiatives to support the economic sector and stimulate business activity until 2021. The aim of the plan is to create a flexible economic environment, which encourages investment in the sectors of the future and stimulates them with new ideas.

“With its developed and pioneering system, the UAE’s tourism industry performed well as evidenced by its impressive ratings and high rankings across many global indicators last year. For instance, it ranked first in the Middle East region and 33rd globally in terms of global competitiveness. Tourism’s economic contributions last year were considerable as well,” said Al Mari.

Dr Al Falasi said the country remained on track to reinvigorate the tourism industry by maximising its high-growth potentials amid the effects of the pandemic over the past months and the still-challenging market conditions.

The UAE’s tourism and hospitality sectors performed well in the past. As of the end of 2019, 1,136 hotel establishments, which include more than 183,000 rooms, now operate in the UAE. Hotels welcomed at least 27 million guests of various nationalities combined in 2019, a six per cent increase compared to 2018.

According to the UN Conference on Trade and Development’s (Unctad) latest forecast, Gulf economies will take a hit of $26.8 billion to their GDP in case of a moderate impact from Covid-19 and $38.7 billion if the impact is intermediate. But in the worst-case scenario, the region will be hit with $50.6 billion losses. In the GCC, the sector will reach a decent recovery in the first quarter of 2021 and achieve pre-Covid-19 levels only in the latter part of next year, say local and global tourism industry executives, according to Unctad.

For the UAE, the UN study forecast a $10.2 billion impact if the tourism sector takes a moderate hit, $20.3 billion for intermediate and $30.5 billion for dramatic. This will amount to between two and seven per cent of the country’s GDP. Official figures showed that the tourism sector contributed $45 billion, or 11.1 per cent, to the UAE’s $414.2 billion GDP in 2018.

“Tourism is a key priority of the 33-initiative plan. Our meeting with our SCTDA partners proves our commitment to working closely together to achieve the plan’s objectives and support domestic tourism, which is seen to help stimulate activities within the hospitality and entertainment industries. We are also going to enhance the UAE’s tourism and its ability to attract regional and global tourists, giving special emphasis on the areas of leisure, adventure and business,” Dr Al Falasi said.

Dr Al Zeyoudi emphasised the role of the tourism sector in the UAE’s economic diversification, sustainable development and foreign trade policies. According to him, it is not only vital to raising further the UAE’s global competitiveness, but it is also considered an important part of the country’s preparations for a post-oil future. He said by the end of the last year, the total investment value in tourism amounted to over Dh27.5 billion.

Al Midfa said the visit of the ministers served as an important platform in the efforts to explore further joint cooperation with the Ministry of Economy, especially in the move to promote tourism during a post-Covid-19 phase. He expressed the authority’s continuing commitment to be a key partner.