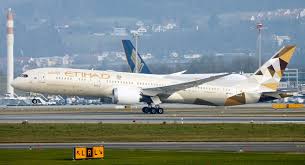 Etihad Airways is asking cabin crew to take up to six months unpaid leave from September as it tries to manage the impact of the COVID-19 pandemic, according to an internal memo and two sources familiar with the matter.

The Abu Dhabi state carrier, which lost US$758 million in the first half of the year, has been gradually resuming passenger services since June after grounding flights in March.

In an internal memo, staff were told that the airline has more cabin crew than required and that many are not being rostered on flights, which is not sustainable for the business.

Cabin crew can take between 10 days to six months of unpaid leave from Sep 16, the email said.

Etihad did not immediately respond to an emailed request for comment.

The airline, which had been restructuring before the pandemic and had lost US$5.62 billion in the four years to 2020, has cut thousands of jobs this year, sources have told Reuters.

Aviation has been one of the worst-hit industries during the pandemic and airlines around the world expect it to take years before travel returns to pre-pandemic levels.