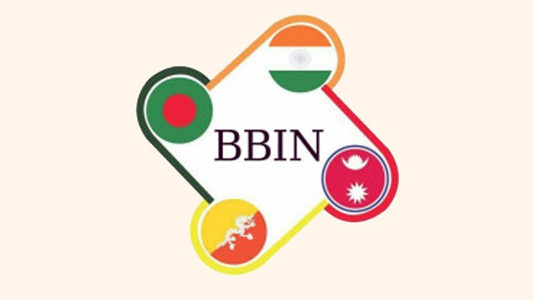 Bangladesh, India and Nepal have taken an initiative to finalise cargo and passenger protocols under the Bangladesh-Bhutan-India-Nepal Motor Vehicles Agreement (BBIN-MVA).

Though the countries agreed on most of the provisions of the draft cargo protocol, the three neighbours could not get to the point over such issues as weight of cargo, introducing bank guarantees against cargo freights, and what amount of goods a country will be able to transport through others.

Meantime, India agreed to Bangladesh’s proposal to include two more routes to the passenger protocol.

The BBIN Motor Vehicles Agreement was signed on June 15, 2015 in the Bhutanese capital Thimphu to facilitate cross-border movement of passenger and cargo vehicles. The three countries ratified the agreement, with Bhutan staying out.

Representatives of the three countries met in New Delhi last February to finalise the draft protocols. At the meeting, Additional Secretary to the Indian Ministry of External Affairs Vikram Doraiswami stressed the need to expeditiously finalise the passenger and cargo protocols.

He recalled the commitments made at the highest political level of the three countries at the 2015 Thimphu meeting. The Bangladesh delegation at the meeting was led by Mohammad Sarwar Mahmood, director general for South Asia at the foreign ministry. The meeting was attended by Nepalese delegates while Bhutan joined as an observer.

According to the meeting minutes, India wanted movement of heavy freight trailers, but Bangladesh opposed it citing its weak infrastructure. The Indian side then proposed limited freight services at the beginning, while Dhaka said it would decide its position later after discussions with experts and stakeholders.

Under the cargo protocol, Bangladesh sought a bank guarantee provision for cargo freights. But Delhi argued that financial transactions be kept only under customs bonds. However, the meeting finally agreed on the inclusion of bank guarantees in the protocol.

Regarding passenger protocol, Bangladesh proposed establishing Dhaka-Siliguri-Gangtok and Bangladesh-Assam routes, which India agreed to. Nepal suggested that the countries have authority in levying charges and approving passengers and cargo movements into their respective territory.

Distinguished Fellow at the Centre for Policy Dialogue Dr Mustafizur Rahman stressed trade facilitation for quickening the pace of intra-regional trade. However, he believes that the countries concerned will have to make huge investments in infrastructure to take advantage of the potentials before them.

For example, he said Bangladesh would have to improve the Benapole-Petrapole road, introduce a single-window system, ensure electronic data exchange and arrange paperless transactions.

Dr Mustafiz referred to the need to set up multimodal connectivity synchronising the existing river and railroad transit scheme. Infrastructural development is now a must since Bangladesh has joined China’s Belt and Road Initiative and there is a plan to get connected with the Asian highway, he said.

He added that the BBIN MVA can be implemented, initially allowing freight weighing below 7.5 tonnes for a certain period. After that, the second phase may have heavy cargo movements.

At the Delhi meeting, Kathmandu sought a charge and levy waiver on Nepalese cargo. Nepal opposed a fixed cargo transport for all. It said each of the three countries would decide how much cargo they would allow to be transported from the neighbours.

The three countries decided that they would complete taking opinions from their respective stakeholders by May.

On August 4, the Ministry of Road Transport and Bridges held a meeting on BBIN and asked the ministries and divisions for their opinions.

“Protocol finalisation did not see much progress after the Delhi meeting due to the pandemic. We met and sought opinions of those concerned as part of our own preparations,” Road Transport and Highways Division Additional Secretary Chandan Kumar Dey told The Business Standard recently.

He said, “It is not possible to specify the signing date of the protocol at this point.”

Officials at the commerce ministry and the road transport ministry said the transit of the protocol was tailored in line with the General Agreement on Tariffs and Trade. Transit under the BBIN protocol will begin after the signing of a Standard of Procedure (SoP) similar to the transit agreement with India for use of Monga and Chattogram ports. The countries will be performing as respective permit issuance authorities.

In 2017, the Bhutanese parliament decided to opt out of the BBIN agreement for the time being but consented to the other three to go ahead. The trial run of a Bangladesh-India-Nepal bus service was conducted in 2018.

Two buses carrying around 45 delegates from the three countries and the Asian Development Bank left Dhaka for Kathmandu via India.

Previous articleTourism industry gears up, even with shorter school vacation
Next articleThailand reopening in October: 5 things to keep in mind before booking that flight