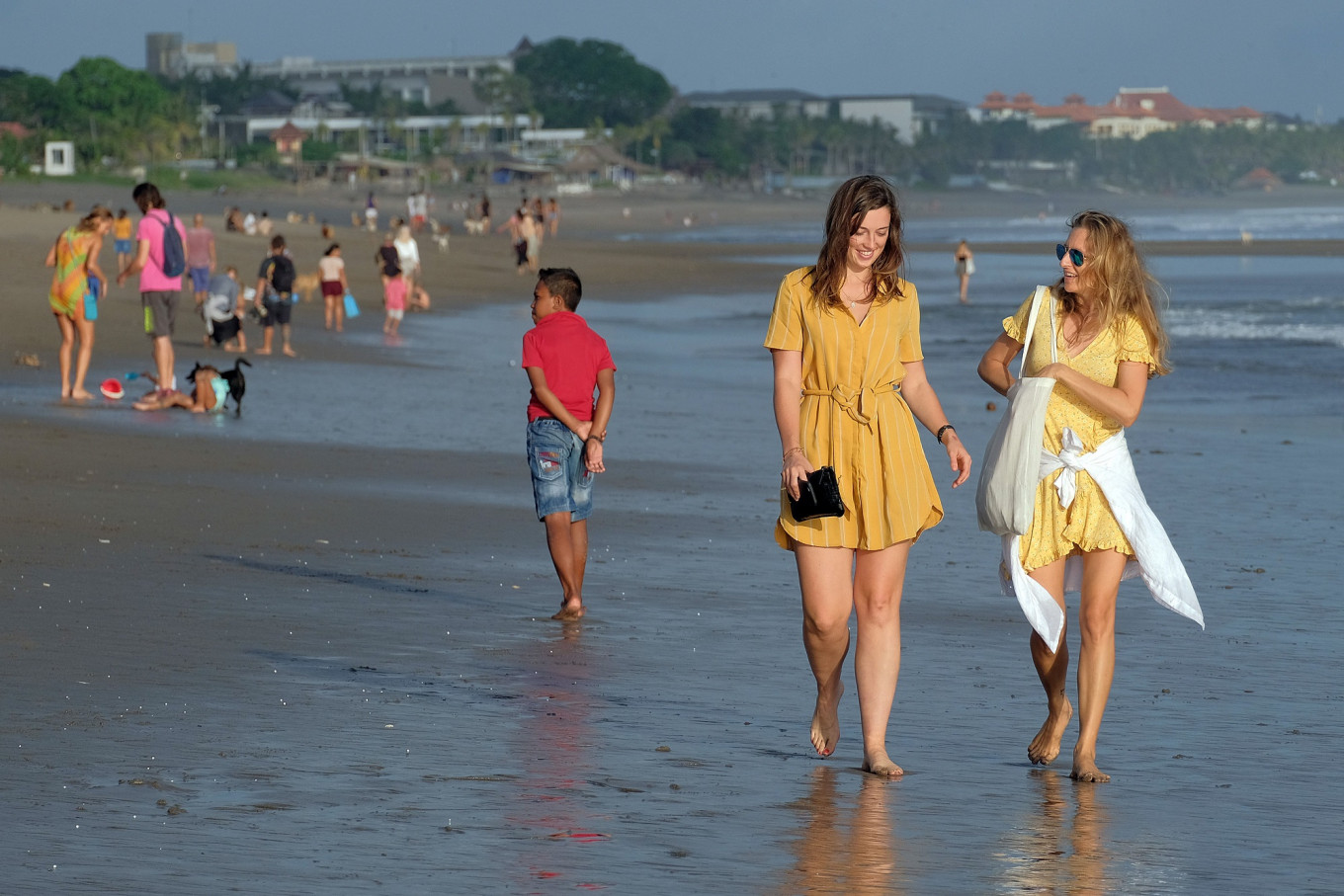 The World Health Organization (WHO) and a business group have urged local administrations to maintain strict control of tourism businesses and a strong stance against health protocols violators amid the reopening of hotels, restaurants and tourist destinations.

The WHO called on the administrations to establish minimum health safety standards and routinely monitor their implementation to prevent outbreaks in tourist destinations.

“It will be great if Satpol PP [Public Order Agency] personnel run routine patrols to remind businesses and the general public about the importance of health protocols through a law and social enforcement approach,” WHO national professional officer Dina Kania said during a webinar held by the Indonesia Global Compact Network on Wednesday.

She added that a large portion of the general public remained ignorant and failed to practice health safety protocols, such as using a face covering and maintaining physical distancing, despite the government’s massive dissemination campaigns.

The government and regional administrations eased in June the large scale social restrictions (PSBB) implemented in much of April and May, despite a rising number of COVID-19 infections, in order to boost the sluggish economy. The Jakarta administration, for instance, has relaxed its restrictions and is implementing a transitional PSBB that allows several businesses to open with strict health protocols.

However, the health protocols are being ignored not just by the public but also by some businesses, including those in the tourism industry.

He said the agency had requested that Jakarta’s Satpol PP temporarily shut down 31 businesses for grave violations of restrictions and collected Rp 2.75 billion (US$184,929) in fines from violations in the tourism sector.

Satpol PP has been granted authority to impose sanctions on PSBB violators, including business owners, under Gubernatorial Regulation No.41/2020 on sanctions for PSBB issued by Governor Anies Baswedan on April 30.

“We found that some business owners failed to uphold the protocols mandated by the city administration. There are even entertainment centers that are operating discreetly,” he said, adding that some businesses violated the policy out of “financial desperation and cash flow difficulties.”

Tourism is among the sectors hit hardest by the coronavirus outbreak as people avoid crowded areas and limit their activity to avoid catching the virus. The pandemic so far has wiped out around Rp 85 trillion from Indonesia’s tourism revenue as of July, according to data from the Indonesian Hotel and Restaurant Association (PHRI).

According to Jakarta Tourism and Creative Economy Agency data, more than 151,000 tourism industry workers in the capital had faced payroll cuts, furloughs and layoffs as of Aug. 19 due to the pandemic. In addition, around 1,900 creative economy workers have also been impacted by the outbreak.

“Violators have an unfair advantage over us, businesses who limit our operations and fully comply with the regulation. We hope local administrations take strong action to educate the violators,” he said.