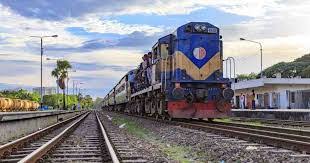 Passengers will only have to show their NID cards for purchase tickets from now on. As many as four train tickets can be purchased under one NID card, the railways ministry said in a statement on Thursday.

The ministry had approved a rule which made it mandatory for each passenger to carry their NID cards while travelling by train on Aug 13. The authorities have now done away with the requirement for the convenience of passengers, the statement read.

The new rule had caused sufferings to rail passengers, with many having their trips terminating for failure to produce their NID cards.