Now that Cox’s Bazar is open to visitors, airlines and hotels are doing everything to bring in customers 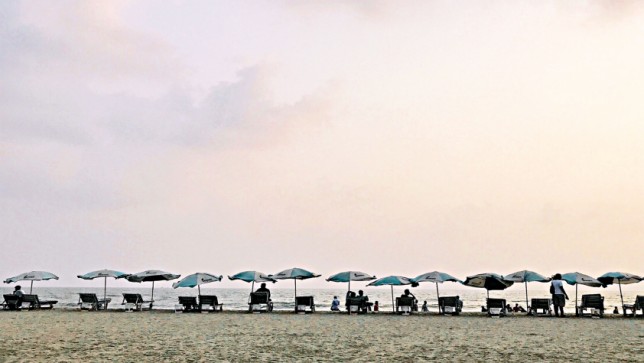 Airlines and hotels are desperately trying to lure in holidaymakers by way of offering discounts and attractive packages now that the country’s top tourist destination Cox’s Bazar has started hosting guests again after about a pause of five months.

Although domestic air connectivity between Dhaka and Cox’s Bazar resumed on 30 July after a four-month suspension for the pandemic, about 470 hotels and motels, 2,000 food outlets and thousands of workers in the beach town’s hospitality sector remained almost idle because the city was not receiving guests as per the directive of district authority.

With the reopening, Novoair, a top local airline, is offering a holiday package for Cox’s Bazar for two nights three days starting from Tk 1,777 per month per person on six-month equal instalment facility at zero interest, which includes airfare and hotel, hotel transfer at Cox’s Bazar, breakfast and some other facilities.

That means the airline is charging only about Tk 10,600 for a person from Dhaka for two night-three-day stay in the southeast coast of Bangladesh. The price may go up depending on the quality of the hotel.

“We want to revive an almost dead tourist industry with such attractive offers,” said AKM Mahfuzul Alam, senior manager for marketing and sales at Novoair.

To facilitate the customers with the offer, Novoair has partnered with 18 banks and eight luxurious hotels in the district.

Apart from Dhaka, the package can be availed from any destination, but the EMI would start from Tk 2,666 per month per person.

The airline is now carrying about 120 passengers per day through three daily three flights from Dhaka to Cox’s Bazar in the last two days, up from about 80 to 90 per day before the reopening.

Before coronavirus arrived on these shores, Novoair used to transport about 750 passengers per day through six daily flights from Dhaka to Cox’s Bazar.

Currently, it operates daily 36 flights in seven domestic routes keeping 25 per cent seats vacant as per the direction of the Civil Aviation Authority of Bangladesh to maintain social distancing.

The airline operates three flights for Dhaka to the city with a capacity of 160 seats.

At present, the occupancy on the route is 80 to 85 per cent.

The airline also has plans to offer attractive packages for travellers to Cox’s Bazar.

“We will monitor the situation for a few more days and then announce the packages that will allow customers to travel and stay at a lower cost,” he added.

“Our load factor is good on the route,” said Md Mokabbir Hossain, managing director and chief executive officer of Biman.

The occupancy rate of upscale hotels in Cox’s Bazar in the first two days of reopening has been 18 to 20 per cent.

“Bookings are on the rise,” said Mohammad Asaduzzaman Nur, account and finance manager of Sayeman Beach Resort, which offered a 50 per cent discount on room charges.

As per the local administration’s decision, hotels in Cox’s Bazar are allowed to open only half of its rooms.

Of the 200 rooms in Ocean Paradise Hotel and Resort, it has only 35 rooms occupied, according to MN Karim, chairman of the hotel.

“We have been witnessing a day-to-day improvement.”

However, he cautioned travellers to maintain social distancing for the sake of keeping the hotel business afloat and protect the health of ordinary people.

To attract customers, the hotel is providing a 50 per cent discount, complimentary 25-item buffet breakfast and airport to hotel travel facility.

Seagull Hotel is now hosting guests at around 45 rooms of overall 190 rooms.

“Since hotels in Cox’s Bazar have been reopened after five months so I thought a very few people would come. But I did not think we would get so much response. That means people were bored living life in confinement for the virus,” said Rashed Chowdhury, head of sales at Seagull.

The hotel is offering a package for three-day-two-night stay at 50 per cent discount.

But Abdul Kaium Chowdhury, managing director of Hotel The Cox Today, is not as optimistic of a pickup in business as the others.

“Unless or until the fear for the virus in peoples’ mind is gone, normalcy in the tourism business would not be restored,” said Chowdhury, who is also a top leader of Cox’s Bazar Hotel-Motel Owners Association.

Hotel The Cox Today, which has 272 rooms, is offering a 50 per cent discount on hotel charges to lure in customers. Its occupancy rate is 20 per cent at present.