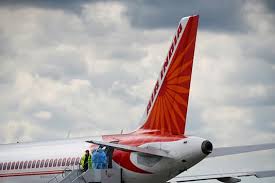 It is no secret that the stoppage of commercial air travel over the past few months has left a lot of people stranded in India and also left a lot of Indians left stranded abroad. With this in mind, Air India was assigned the task of bringing back Indians from across the globe. Ideally, they are best suited for the mission given their wide-body aircraft portfolio. But Air India has been selling tickets on both legs for many flights, while the costs per seat were arrived at with the assumption that the outward leg would fly empty.

There has been a great rush for Air India’s flights, especially to and from the USA, with flights selling out three minutes after opening bookings. This also has been because a minimal number of flights have been operated in the first month of the repatriation flights mission. After a flurry of flights in Phase 3 to the USA, and the rap on the knuckles from the US DoT, in the fourth phase there were hardly any flights to the USA.

With the US-DoT withdrawing their order against Air India, and United now being able to operate (some) flights to/fro India, Air India has now planned to operate more flights to the USA. And they will soon launch almost daily operations into the USA, flying to New York, Chicago, San Francisco from critical metros in India (along with connecting flights into the rest of the country). Washington DC also gets flights three times a week. Air India has already dropped the fare of these flights, and if Indian authorities are to be believed, would drop it, even more, this time around.

Here is the flight schedule for the upcoming flights, 145 flights in each direction. The top set is India – USA flights and the bottom set is the USA to India flights.

Who all can fly to the USA right now?

While operating outbound flights from India, both Indian and American carriers are permitted to carry the following passengers:

There seems to be much confusion on the aspect of travelling to the USA on B1/B2. Remember, the US is open and is letting in most visa holders, including B1/B2 visa holders from eligible countries (for instance there is a ban on arrivals from Brazil). The confusion seems to be on the Indian end in this case, hence. While the advisory published does not have anything against Indians travelling to the US, I’ve still picked up sporadic evidence from Social Media to assure you it is possible both on Air India and United.

Flights for India USA and USA India are bookable at 1500 Hours IST on August 17, 2020. This time around, the flight bookings will also be enabled with Authorised Travel Agents, so that should mean you can book via an OTA as well.

Previous article30 countries that are safe to visit, as per the World Travel and Tourism Council
Next articleDelhi Airport Likely To Have COVID-19 Testing Facility For International Arrivals