Singaporeans to get $320 million in tourism vouchers to boost sector 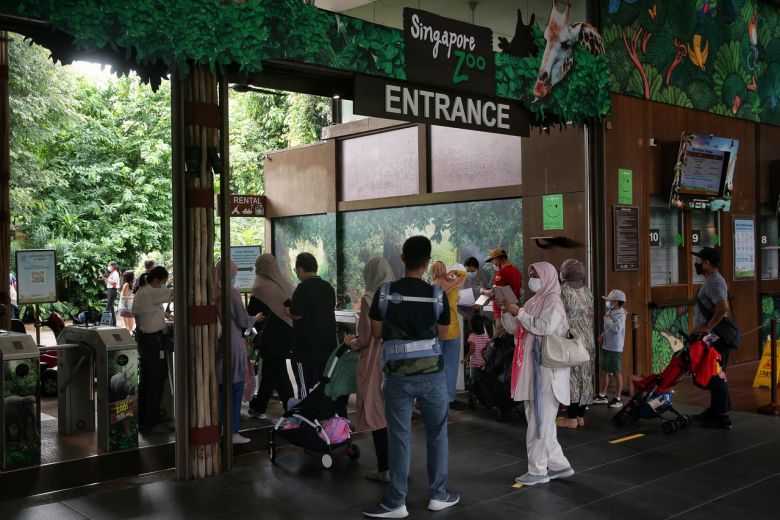 Mr Heng, who is also Finance Minister, noted in his ministerial statement that foreign visitor arrivals have dried up due to travel restrictions.

“Many Singaporeans love to travel but are unable to do so now. Local consumption will not fully make up for tourist spending, but I hope Singaporeans will take the opportunity to explore our local culture and heritage, nature, art, and architecture,” he said, adding that more details on the vouchers will be released next month.

“You may be surprised by what you discover.”

The Jobs Support Scheme, which pays part of the wages for local workers, will be set at 50 per cent support for the hardest-hit aerospace, aviation, and tourism sectors the next seven months. The scheme had originally been set to end this month, with a final payout to firms in October.

More targeted help may also be on the way for businesses in the arts and culture and sports sectors, which will also take much longer to resume full activities, Mr Heng said.

“These are important sectors that strengthen our social fabric and diversity… I am prepared to provide further support to preserve core capabilities that we have built over the years, in consultation with the Ministry of Culture, Community and Youth.”

Things are looking less rosy for the nightlife sector, however.

Mr Heng noted that a small number of businesses, such as those in the nightlife industry, may not be able to open any time soon due to safe management considerations.Related Story

“For these businesses, the Government will help them transition to other activities or ease their exit,” he said, adding that the Ministry of Trade and Industry will provide more details on this.

The Straits Times reported last week that the Singapore Nightlife Business Association had appealed to the Government to either allow all nightlife operators to reopen, or to help them to pivot, hibernate or liquidate.

About a third of the association’s 320 members remain shut as they do not have licences that allow them to operate as food and beverage establishments.

SNBA president Joseph Ong told The Straits Times the extension of wage subsidies came as a relief, though the industry is awaiting details on other avenues of support.  “The way that DPM put it was exactly what we were proposing: help us pivot or exit.”

He hopes that SNBA’s suggestion for business consultants to help firms determine their next steps will be taken on board.

“Some may think closing may be a good thing, but maybe there’s a chance to pivot. And for some who want to pivot, it might be best to close,” he added.

“At least they’re upfront about our options, which gives us more clarity on how to proceed,” she said.Related Story

The collective is looking into licensing requirements and business tweaks that would allow its arcade-themed bar and nightclubs Nineteen80 and Pinball Wizard to reopen.

Plans will also have to change for an upcoming venue that had been planned as a house music-centred nightclub.

“Given the current reality, we will probably have to review how we can go into more of a dining concept,” said Ms Way.

Expedited approval for businesses applying for change of use and more clarity on the technicalities of licensing and other requirements would be helpful, she added.

Dr Kevin Cheong, chairman of the Association of Singapore Attractions, said the additional support announced for the tourism industry was better than he had expected.

The SingapoRediscovers vouchers will act as an indirect form of discounting for businesses, he noted, as some had said slashing prices would be difficult with capacity limits in place.

Like other lifestyle operators, he expressed hope that the credits would be spread out to help smaller businesses across sectors, rather than having the bulk being used to offset staycation packages.

But how consumers choose to use their credits will also be a good indicator of which businesses are here to stay, Dr Cheong said.

“Market forces will save the ones in demand.”Related Story

The Singapore Tourism Board’s chief executive Keith Tan said tourism businesses have been introducing safe and attractive experiences and promotions as part of the drive to boost domestic spending.

“Through the SingapoRediscovers vouchers, we hope to rally Singaporeans to enjoy and appreciate what we have in Singapore, while supporting our tourism sector during this challenging time,” he said.