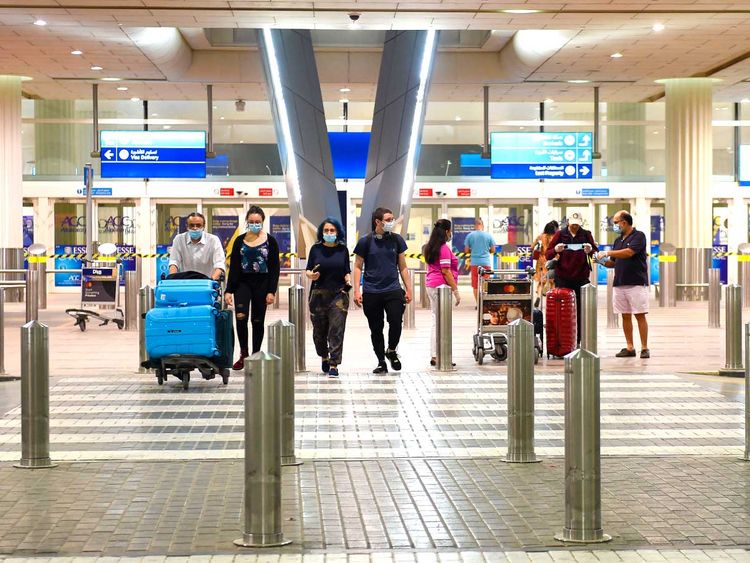 The travel sector is also pinning hopes on India routes when this year’s IPL T20 cricket tournament gets cracking from September onwards at stadiums in the UAE. (One of the most visible and followed sporting events in the world, India’s domestic competition was shifted on concerns about the mounting number of COVID-19 cases.)

After three devastating months from March, local carriers will be glad to see any incremental improvement in passenger numbers. And industry sources say the 40 per cent plus average bodes well for the immediate future as long as the pandemic remains in check.

There is demand for flight seats to “every country from every country,” said Mohammed Shah, manager at Dubai-based Regal Tours. “The kind of business I had in recent weeks, I haven’t had in years.”

At this stage, a lot of that pent up demand will be from those waiting to catch the first flights as and when travel to those countries are allowed. What the industry will be watching out for is whether today’s pent-up demand can sustain itself in the coming weeks and months.

For now, the demand is very much there.

“We are seeing it for all the flights,” said Javed Siddiqui, branch manager at Al Rais Travel. “Emirates and Etihad flights headed to Australia are packed as they are the only two airlines serving the region, while India-bound flights, operating under pacts with the government, are gaining momentum.

“A lot of people have been calling.”

Emphasis is on ‘healthy’

Emirates and Etihad did not immediately respond to Gulf News’ queries on passenger traffic numbers over recent weeks. However, the budget carrier flydubai said it was seeing a “healthy” demand for travel on the 22 destinations it is now operating on.

“As more countries ease travel restrictions, we can expect more passengers to be encouraged to travel,” the Dubai carrier said in a statement. “We look forward to adding more destinations to our network over the next few weeks.”

All eyes on India

Hosting the IPL from September 19 to November 10 will definitely offer a lift to airline passenger numbers on routes between the UAE and India (and for those players and support staff flying into the UAE from elsewhere).

But a full accounting of the India networks will happen as and when the India government decides it is safe to resume full commercial flight services.

No commercial flights have been scheduled to and from India until August 31 and industry sources expect the government to continue this policy until things begin to improve on bringing down infection cases.

“For now, we have demand only for repatriation flights to India, Pakistan, and Sri Lanka,” said a spokesperson for UAE-based Uranus Tours and Travels. There will not be much activity on other routes until corporate and outbound travel from India resumes, he added.

India’s fast-growing outbound tourism market is expected to be worth $62 billion by 2026, according to some estimates. The country has been allowing only repatriation flights and those operating under ‘air bubble’ agreements.

UAE’s flight operators have always flown Indian customers to different parts of the world, be it for a business trip to California or a vacation in Bangkok. Now with the Indian travel crowd cut off from the equation, demand for these flights is nowhere near pre-COVID levels.

Dubai’s strategy of opening up to overseas visitors is paying off. Multiple sources say there is a dramatic increase in travel to the city since July 7, made possible by effective management of the pandemic and which resulted in dwindling infection numbers and rising recovery.

“UAE’s airlines took bold steps to gain confidence of travelers,” said a travel industry source. “As we move ahead, many other countries have started to open their borders for travel. As a travel agency, we are positive to generate business with the support of our principal airlines.”