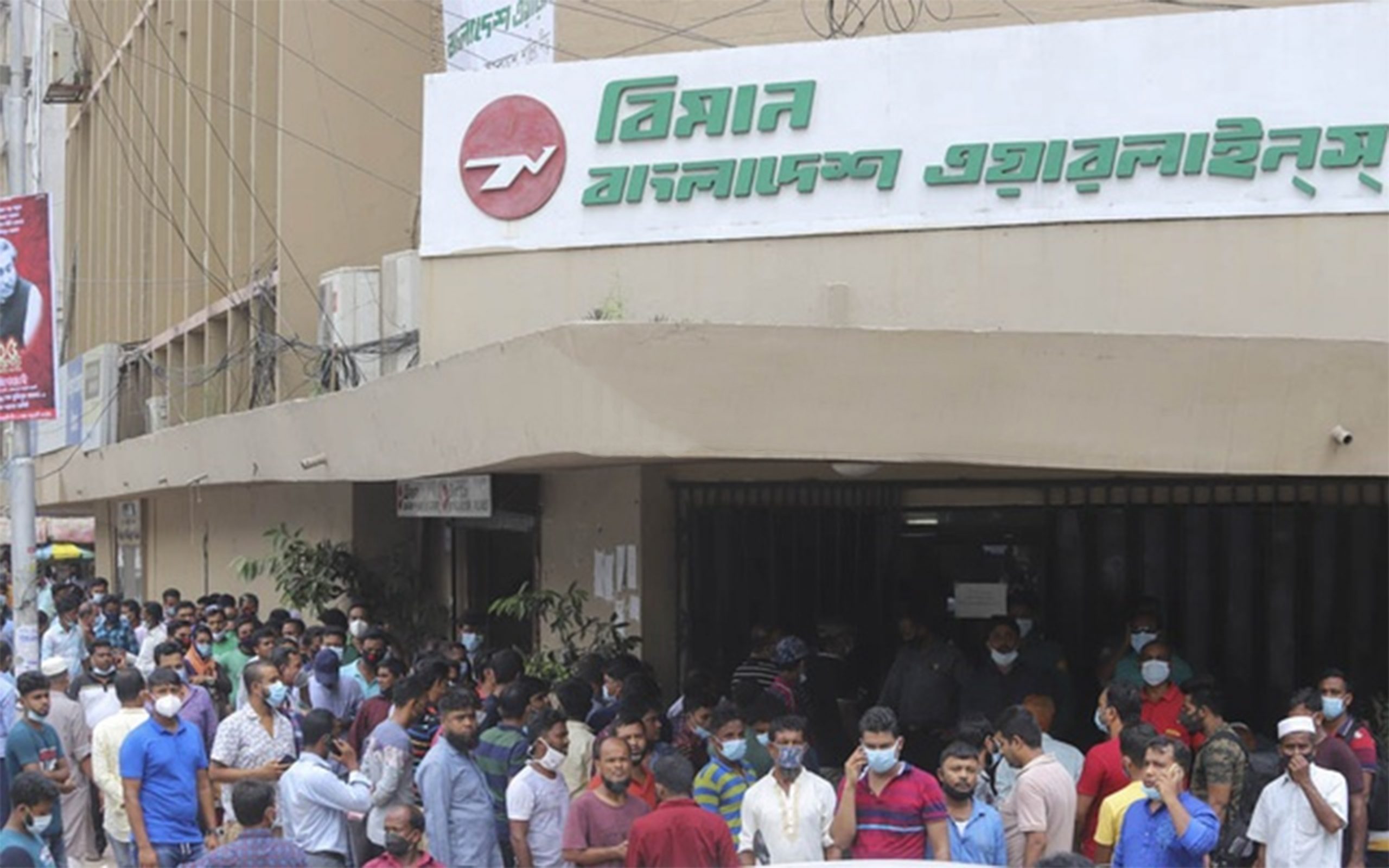 Expatriates, who are stranded in Bangladesh due to the coronavirus epidemic, gather outside the Biman Bangladesh Airlines office in the capital’s Dilkusha on Thursday to buy tickets to return to the countries where they are employed.

The government has said Biman Bangladesh Airlines is issuing tickets first to the travellers who had booked flights before the suspension of services over the pandemic.

This has led to delays in providing the travellers, who want tickets now, to Dubai and Abu Dhabi, the civil aviation and tourism ministry explained in a statement on Sunday.

It also said the restrictions issued by the Civil Aviation Authority of Bangladesh limiting the number of passengers to 75 percent of the aircraft’s capacity to ensure physical distancing have caused the ticket shortage.

The United Arab Emirates is not allowing more than 240 passengers on a flight while Boeing 777 can carry 419, Boeing 787-8 has the capacity to carry 271 passengers.

The explanation comes after angry Bangladeshi migrant workers vandalised the Biman office in Chattogram after failing to get tickets last week. Flight services to the Middle-Eastern destinations has resumed recently after the halt since March.

Biman said it would begin selling tickets to Abu Dhabi for September after getting approval of the emirate.

It also said those who had booked flights before the suspension would not need pay more for the tickets now.

The flag carrier is operating six flights on Dhaka-Abu Dhabi route, seven on

Previous articleCox’s Bazar beaches, hotels set to host tourists from tomorrow
Next articleWhat Sorts Of Passengers Are Flying Qatar Airways During The Pandemic?