Qatar Airways US Flights: The Airbus A350 Is Perfect 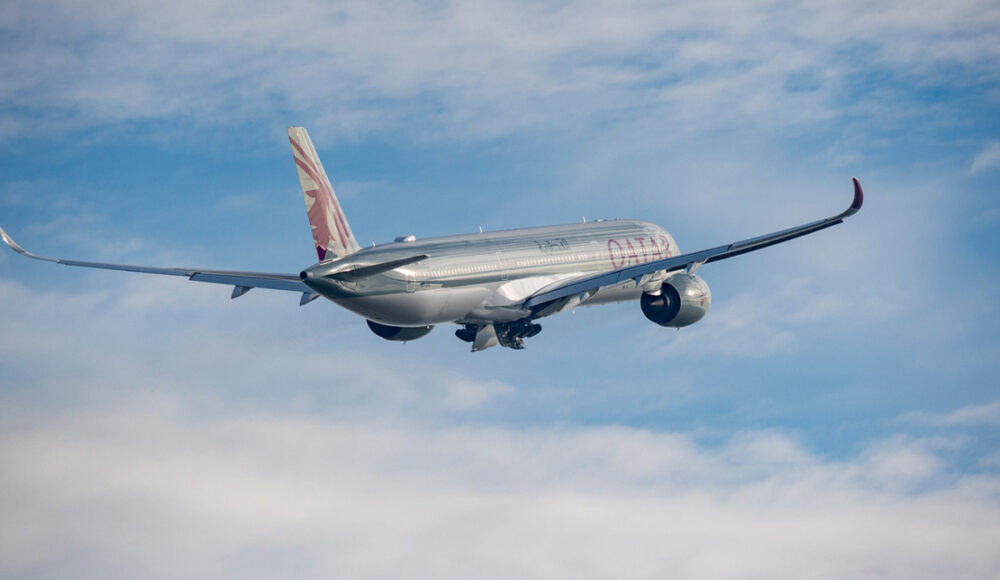 Despite the industry-wide downturn in passenger services, Qatar Airways is seeing healthy activity on its routes to the United States. The Doha-based carrier will perform at least 56 flights to eight US gateways by the middle of September, and they are all being served by its Airbus A350 aircraft. The airline feels that this is one of the best jets to deploy on long-distance operations.

The right tools at hand

Simple Flying had the opportunity to talk with Eric Odone, Qatar Airways’ Senior Vice President – Western Region. In the discussion, he said that his company is fortunate to have such a diverse fleet. The firm hasn’t been stuck with one type of aircraft. Therefore, it has been able to pick the most effective options for its routes.

A better option against the superjumbo

Qatar Airways also holds 10 Airbus A380s. However, the businessman said that his firm felt that it would not be right to use the superjumbo in view of its carbon emissions. The A380 can emit 95% more CO2 per block hour, while the A350 saves around 20 tonnes of CO2 per block hour.

Odone added that there is enough volume on Qatar Airways’ services to make sure the flight is profitable. However, the planes are not so full that people start to feel that they are squeezed in.

The A350 isn’t only being deployed to the US. The widebody is seeing success across the globe, even to regions that are still trying to get on top of the pandemic. For instance, Qatar Airways introduced the A350-1000 on services to Brazil on May 1st, and these operations have been met with positive responses.Advertisement:

Helpful across the board

South America is only just showing glimpses of recovery. Yet, Odone highlights that his firm has continued to work hard to maintain connectivity to the continent.

“We are waiting for the situation to stabilize a little bit. Also, we’ve never stopped flying to Brazil all through the pandemic, and those flights are doing really well. We have daily flights to São Paulo on our Airbus A350-1000,” Odone told Simple Flying.

“So again, it’s consistency with aircraft. And, of course, we have a very strong partnership with LATAM. So, that helped us to get people flying throughout Latin America.”Advertisement:

Altogether, the A350 continues to prove its effectiveness over its long-haul predecessors such as the A380. With several widebody aircraft being retired amid the current conditions, the jet is emerging victorious against its counterparts.