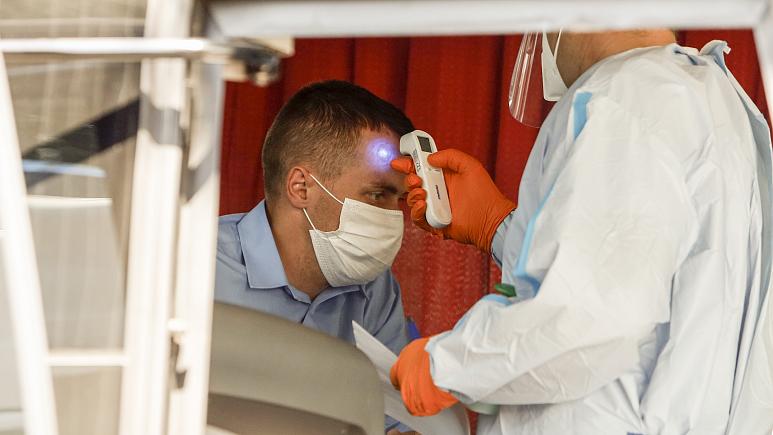 Italian Health Minister Roberto Speranza has signed an order requiring anyone arriving from Croatia, Greece, Spain and Malta to be tested for Covid-19 in an attempt to avoid a spike of new cases.

“We must continue on a path of caution to protect the results we have obtained over the past months thanks to everyone’s sacrifices,” Speranza said on Facebook.

After several weeks of rigorous national lockdown in the spring that put a strain on the economy, Italy has successfully managed to contain the number of cases.

Now, as the summer holidays reach their peak, concerns have been raised about the return of tourists that travelled to countries where social distancing and the use of face masks are not as widely enforced.

“As far as we have seen a handful of Italian tourists – including us – are being mindful of social distancing and using masks in public spaces”, says Davide Berton, a 23-year old traveller who has been spending a week in a holiday village on the small Greek island of Kos.

The Italian government has been asking people to wear masks in public spaces, keep a distance of one metre from other people and wash their hands often at least until September.

“There are no known cases here at the moment, but we have been told the local hospital is not prepared to provide tourists with tests,” he told Euronews.

“Of course, the staff keeps a mask on at all times and they take every precaution,” he said.

Greece is currently facing the worst rate of infections since the beginning of the pandemic. The government announced a curfew for restaurants and bars in some of its major tourist destinations – including Mykonos, Santorini, Rhodes and Crete – on Monday.

While Italy reported a slight surge in cases on Wednesday – 481, twice as many as in June – the situation is not comparable to Spain, where 1,700 new infections were reported on that day alone.

Spain, Greece and Malta have all officially confirmed that a second wave of Covid-19 is underway in their countries.

Under the new decree, anyone who returns from any of these four popular Mediterranean destinations must prove to have tested negative to the virus or prepare to self-isolate until their test results are in.

An earlier ordinance requires anyone coming from a non-Schengen area country – as well as from Romania and Bulgaria – to self-isolate for 14 days upon arriving in Italy.

The announcement is also meant to reassure local authorities and regional governors, several of which had already been introducing their own countermeasures to contrast a rise in “imported” cases.

One of them is Sicily. A dramatic increase in infections on the island was recently traced back to tourists coming back from Malta: the region now has the highest number of cases in the country.

Its governor recently announced that it was about to introduce “strict sanitary measures” for people coming back from Malta, Spain and Greece.

Further north, Emilia Romagna’s governor Stefano Bonaccini was also about to sign an ordinance forcing tourists returning from their holidays abroad to report to local sanitary authorities and undergo a swab within 24 hours.

As August 15th – a national holiday usually celebrated with friends and family – approaches, authorities are also considering new measures to prevent discos and bars from becoming new hotbeds for the virus.

“How is it going to be enforced?”

Speranza’s order states that anyone coming back from Spain, Greece, Malta and Croatia has to immediately inform the relevant health authorities.

But this is easier said than done. Although people who enter the country through one of its many airports can easily be tracked and informed about their obligations, there is simply no way to keep tabs on those who cross national borders by car.

“I would be very happy to comply with the law, but I need someone to accurately tell me what I’m expected to do and where I should go,” said Cristina Zanon, a 53-years-old accountant who is currently visiting the island of Krk, in Croatia.

Zanon and her family have been driving to the Croatian coast from their home in the Venetian countryside every August for years.

“The decree is certainly useful,” she told Euronews. “But how is it going to be enforced? How will they know that we’ve been to Croatia, since we have to drive past Slovenia to come back home anyway?”

Another traveller, Serena Selmin, had a flight home from Greece was scheduled the day after the decree was announced.

“They should have communicated the new measure in a much clearer way,” she said.

“They have done nothing but create discomfort for travellers. I’ve spent all morning on the phone trying to get some actual answers on what we’re expected to do.”

Selmin, who works for an accountancy firm, has to go back to her office on the 17th.

“I can’t afford to stay home and wait for the results and I don’t know if the testing will be fast and precise. It would throw all my plans up in the air”.

Previous articleGood News For International Passenger Traveling In India. International Flights Latest News.
Next articleBali may have to wait longer for foreigners