All of Asia’s Eyes Turn to Bali 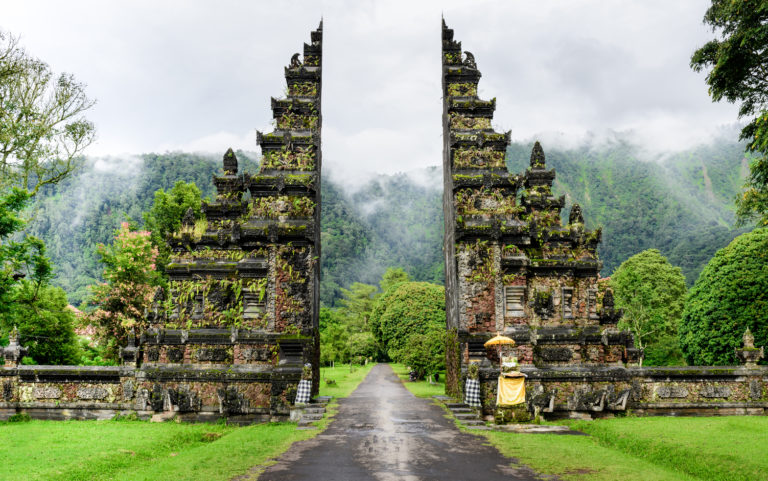 The countdown is on. Will Bali really open to international arrivals on 11 September – and if it does, who will visit? By Gary Bowerman

“The Chinese don’t come now. We don’t know when they will return.”

It was the week after Chinese New Year, and the driver guiding me through beautiful eastern Bali had descended into gloom. The coronavirus was not yet a pandemic, but his industry was starting to suffer. “The Chinese like to take tours to different places. Now, no.” he said.

Fast forward to August 2020, and Asia’s eyes are refocusing on Bali. The holiday island’s proposed reopening to inbound tourism on 11 September is a highly anticipated test case in South East Asia, where most borders remain firmly closed.

Can Indonesia successfully relaunch its signature tourism island amid the country’s continuing struggle to contain the coronavirus?

2020 Options Are Running Out

Asia is collectively willing for some substantive tourism news that extends beyond hopeful headlines about travel bubbles.

The past 5 months have been miserable for the region’s travel sector, and progress is elusive. In Vietnam, the Danang outbreak spread fear through a nation presumed COVID-safe. Case infections are spiralling in India, Indonesia and Philippines, while Japan and Hong Kong confront new waves. Parts of Australia and New Zealand are back in lockdown

Meanwhile, Taiwan’s media called for cross-border travel to be ruled out for 2020, and Macao’s tourism authority said international arrivals may not return until mid-2021. Thailand appears in no hurry to welcome back tourists, and Malaysia’s health minister said that a new infection wave is “inevitable” were the country to reopen its borders.

With options running out for 2020, Asia’s tourism hopes are loaded onto Bali’s scenic shoulders.

Why Bali, Why Now?

In mid-June, Balinese authorities said the island’s reopening would occur in three phases.

On 31 July, the start of a long-weekend break for the Eid al-Adha holiday, saw domestic tourists permitted to re-enter Bali.

At present, international tourists would be welcome to visit Bali from 11 September.

“The world is watching closely, and the success of Bali in reopening its tourism will greatly influence our efforts to resurrect Indonesian tourism,” Tourism and Creative Economy Minister Wishnutama told Indonesian media.

Fixed deadlines, though, are tricky to manage in a fast-shifting, unpredictable pandemic. If Bali does open its borders next month, it is likely to be in a slow and gradual manner.

Legal hurdles will need overcoming. Foreign tourists are currently prohibited from entering Indonesia, and international flights are restricted. Therefore, Bali will need the Jakarta government to amend its entry rules. It will also need to thrash out some ‘green lane’ agreements and approve more flights.

Both will prove tricky given the nation’s COVID-19 struggles. Indonesia’s President Joko Widodo is expected to make an announcement closer to Bali’s presumed reopening date.

Why Reopen in September?

The holiday retreat of Bali is popular with Indonesian and inbound travellers, and being an island, the authorities believe they can control visitor numbers – and case infections.

Even with a phased reopening and strict safety protocols, it represents a huge risk – both for Bali’s reputation and its public health.

But Indonesia appears to be nearing an economic inflection point of no return.

Ordinarily, Bali would be enjoying a busy period. Hotel occupancy statistics for 2019 show that August, September and October produced the year’s highest averages, 67.1%, 63.2% and 63.3%, respectively.

In a ‘normal’ year, the mid-September reopening would appeal to the vital Chinese market. The first week of October is one of two Golden Week public holidays, which witnesses a surge of outbound travel. With Chinese travellers becoming accustomed to short booking windows, this would give them time to plan their “revenge spend” Bali getaways.

Except, of course, that Chinese borders are firmly shut, and Bali banned direct flights from China at the start of February. Even in the absence of unchecked viral infections, remedial bilateral diplomatic work may be needed.

Moreover, China only reintroduced inter-provincial domestic travel booking in mid-July and will reinstate tourism access to Macao from late September. Just in time for Golden Week.

Is Beijing likely to sanction travel to Bali anytime soon? Perhaps not, but if it were to permit strictly controlled charter groups on a pilot basis, Bali would be an appealing destination.

Bali’s other primary market appears a longer shot. In 2019, around 1.3 million Australians visited Bali. Large parts of the hotel, bar, restaurant and hotel infrastructure in places like Kuta were built with Australian tourists in mind. In addition, September to December were the four strongest months for Australian outbound travel in 2019.

The timing would be right. Except, Australia’s Prime Minister has precluded outbound travel while the country fights winter COVID-19 community transmissions, particularly in Victoria.

Japan and South Korea seem similarly unlikely to sanction travel to Bali. The northern hemisphere winter would usually bring visitors from long-haul markets like the UK, US, France and Germany, but each of those has a long virus battel ahead.

That leaves South East Asian nations, particularly Malaysia, and India as residual hopes. Neither appear likely to deliver in September, and perhaps not until early next year.

But, obtaining regulatory approval in a US election year would be a stunning achievement. And although Bali is a big draw for Indian travellers – and pent-up demand for travel clearly exists – September would appear to be too soon.

So, what is Bali’s strategy to attract inbound travellers given that its key markets are either subject to travel bans, air capacity cuts, uncertain flight pricing and travel risk aversion?

The answer to that question is unknown. Despite leaked suggestions that Indonesia is seeking to negotiate limited access to Bali with Asian governments, nothing is confirmed.

All of which suggests a short-term stimulus may need to be found closer to home.

Can Domestic Travel Step Up?

The importance of domestic travel to Bali is sometimes overlooked. In 2019, Bali’s I Gusti Ngurah Rai Airport handled 24.17 million arriving and departing passengers. Of those, 6.86 million were international arrivals, with 4.97 million domestic arrivals.

The devil is in the detail, as always. While the difference between the figures is relatively low, international arrivals grew 12% compared to 2018, while domestic arrivals fell 10%.

On this basis, it seems unlikely that domestic tourism alone can resurrect Bali’s economic fortunes. However, travel is re-setting, and Bali could prove to be an enticing destination for domestic travellers, especially those wary of flying beyond Indonesian borders.

For now, Bali is piecing together the hugely complex jigsaw that it set itself by announcing a reopening schedule. The date may move, it may stay the same – but Asia’s COVID-era tourism politics will likely hold more influence on visitor numbers than new safety protocols, volcanic sand beaches and surf waves.

Gary Bowerman is Director of Check-in Asia, and an experienced Asia tourism analyst and media commentator. He spent six years living and working in China, and has been based in Kuala Lumpur since 2010. He is the author of The New Chinese Traveller: Business Opportunities from the Chinese Travel Revolution (Palgrave, 2014), and co-host of The South East Asia Travel Show podcast.