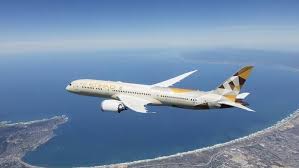 A joint venture with the Abu Dhabi-based Etihad Aviation Group, the remaining majority stake of 51 per cent is controlled by Etihad, an Air Arabia spokesperson confirmed to Khaleej Times.

Based in Abu Dhabi, the newly-launched carrier will meet the demand for low-cost travel in the UAE. Air Arabia Abu Dhabi has launched operations with direct flights to Egypt, Bangladesh, and Afghanistan, offering relief to cost-conscious expat workers in the capital.

Air Arabia reported a net loss of Dh169 million for the first-half of 2020, impacted by the cancellation of scheduled flight operations due to Covid-19 in the second-quarter. The carrier has a sound liquidity position and Dh3.07 billion available in funds. The carrier has requested deferral of principal and interest on all existing aircraft loans spread across various banks.