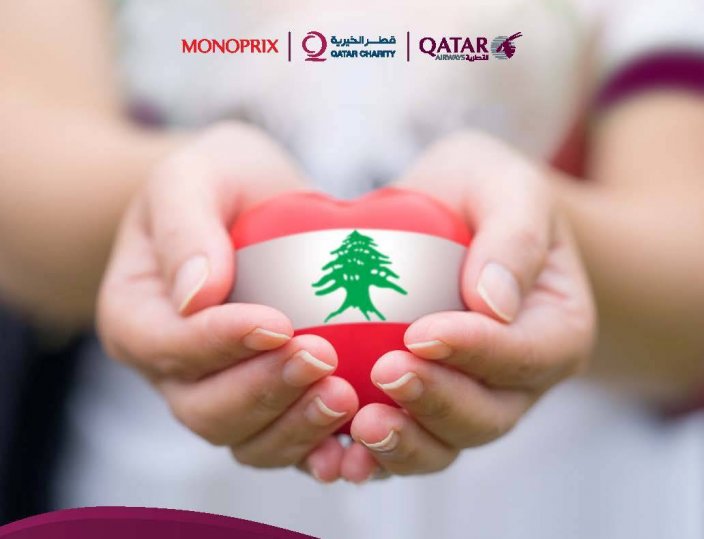 Doha: Qatar Airways, in cooperation with Qatar Charity (QC) and Ali Bin Ali Holding’s Monoprix Qatar, launched an initiative through which citizens and residents of Qatar can donate essential supplies for the Lebanese people after the explosion that occurred in Beirut last Tuesday.

Qatar Airways initially launched the initiative on Thursday to support donations from its employees in Doha. It extended it until Tuesday to include citizens and residents of Qatar. The essential supplies will be transported free of charge from Doha to Beirut by Qatar Airways Cargo at the end of this week and Qatar Charity will oversee their distribution.

Together to support Lebanon

Show your support by ordering the Qatar Airways Box for Lebanon from Monoprix via Talabat by 3pm on 11 August 2020. The donated boxes will be flown via Qatar Airways Cargo.

2. Go to Monoprix’s section and select the Qatar Airways box for Lebanon

3. Add the number of boxes you wish to donate

4. For all orders in Qatar, change your delivery location to Monoprix Doha Festival City

5. Payment through card only (no cash accepted)

6. Monoprix and Talabat will deliver the boxes to Qatar Airways Cargo for the flight to Beirut

On Sunday, Qatar Airways carried over 45 tones of supplies donated by its staff and Ali Bin Ali Holding from Doha to Beirut.

HE Qatar Airways Group chief executive Akbar Al Baker said Beirut has always shown its strength and steadfastness in the face of challenges, adding that he is confident that the city will recover from the effects of this crisis and return stronger than it was before.

Charge d’affaires at the Lebanese embassy in Qatar Farah Berri extended in the name of Lebanon his deepest thanks and appreciation to HH the Amir Sheikh Tamim bin Hamad Al-Thani for the generous gesture towards the Lebanese people after the tragedy of the Beirut port explosion, praising that the State of Qatar’s generous support and its kind people who were always the first to help Lebanon in all the circumstances and hardships that afflicted it.

For his part, Assistant CEO of Operations and International Partnerships at Qatar Charity Faisal Al Fahida said that within the framework of coordination and cooperation between Qatar Charity and Qatar Airways, a plane carrying food and medical supplies for the brothers in Lebanon left for Beirut, explaining that the staff of the Qatar Charity office and the local executive partners in Lebanon will receive the plane in order to distribute aid to the affected families, in continuation of the field assistance that Qatar Charity has been doing since the beginning of the accident to provide aid to the Lebanese people.

Chairman of the Board of Directors of Ali bin Ali Holding Nabeel Ali bin Ali stressed that through such initiatives, solidarity and support for the Lebanese people as well as endeavor to support humanitarian issues during these difficult circumstances are emphasized in cooperation with partners and the local community.