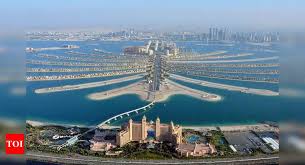 Indians with valid visas to the UAE may soon be able to travel there under the special arrangements India is working out with several countries. Indian ambassador to UAE, Pavan Kapoor, tweeted on Saturday: “I understand that a decision to this effect has now indeed been taken by MHA (Union home ministry) in India. This will come into effect only after the formal notification from the (Indian) aviation ministry in the next couple of days. Please book your tickets to UAE only after that.”
Aviation minister H S Puri had recently said air bubbles are being worked out with some neighbouring countries also to enable continuity of travel — by certain categories of people allowed under current government rules — till regular schedule flights resume.
Dubai, the biggest destination for Indian travellers, has conditionally reopened its doors for tourists from July 7, 2020.
On Wednesday (August 5), Ambassador Kapoor had tweeted that “since the UAE has recently started issuing new visas, we have recommended to authorities in India to consider allowing Indians with valid visas to travel to the UAE. We are hopeful for an early decision.