Global tourism faces challenges on its journey to full recovery 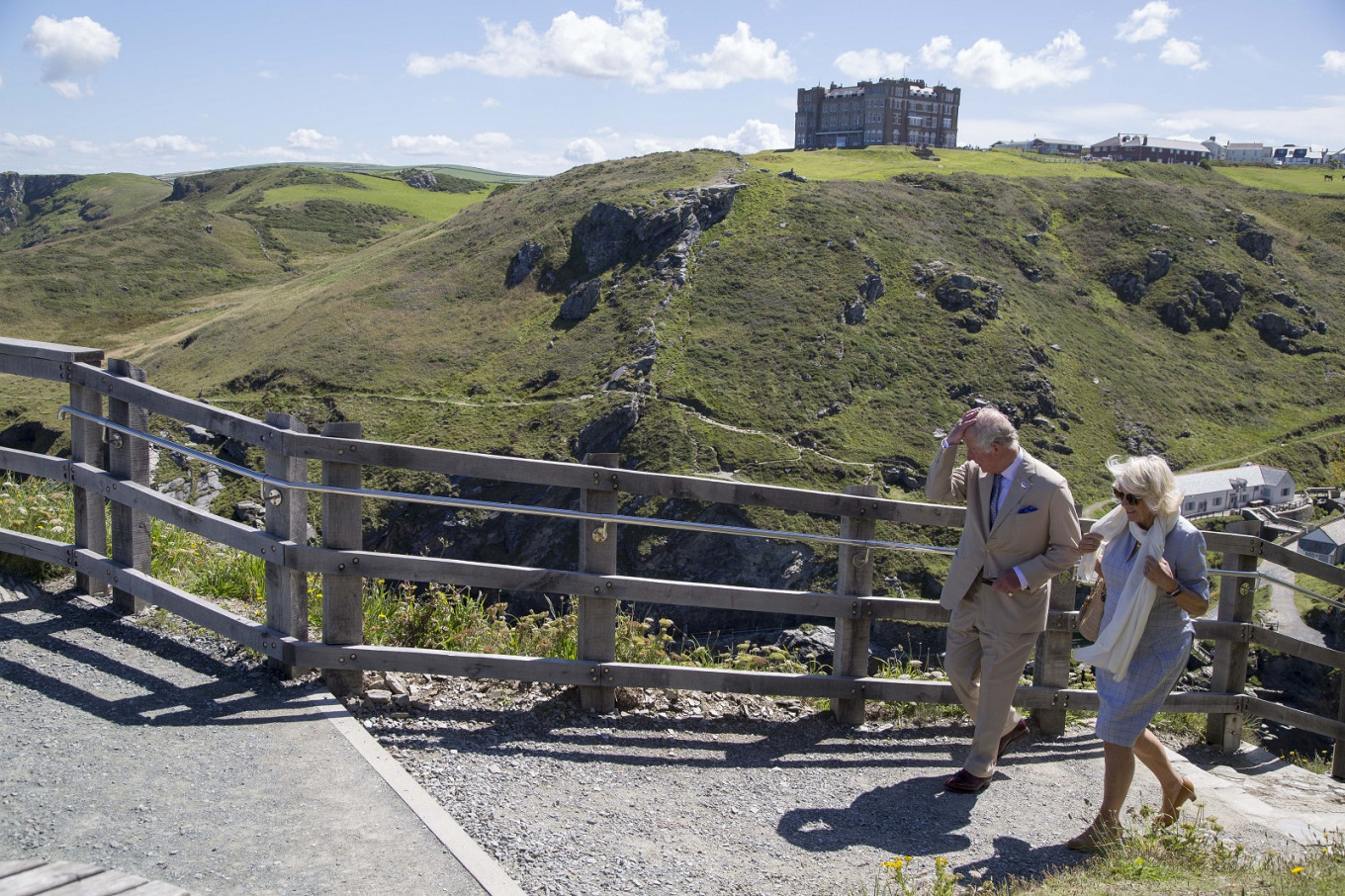 As countries around the world get a grip on the novel coronavirus and cautiously begin reopening their economies, global tourism has seen a glimmer of hope, but it still faces an uphill struggle.

Tintagel Castle, a medieval fortification located in Cornwall in southwest England, considered to be the seat of the legendary King Arthur, is one of the most spectacular sites in Britain.

Annually, over 250,000 tourists visit the ruins that date back to around the 5th-7th century.

However, this year, the novel coronavirus outbreak has taken its toll on the famed tourist attraction and the number of visitors to the site has plunged.

When the British government announced a nationwide lockdown in March, Georgia Butters and her staff at Tintagel Castle were getting ready for the busy Easter period.

But after all the preparations for what is usually one of the busiest times of the year, the site was forced to close as the lockdown restricted travel and domestic tourism dropped instantly.

To achieve the goal of keeping staff and visitors safe, the entire site reopened but with a new visiting system that features social distancing, including a one-way visiting route, limited access to the cafe, as well as timed ticketing for everybody.

These measures have obviously restricted the number of visitors and affected their travel experiences.

“At the moment we’re looking at one-third of our peak capacity, which is a significant difference,” says Butters.

The reduced number of visitors means that the surrounding area will also take a hit, as for many of the local communities in its vicinity visitors to Tintagel provide a living for them.

In other parts of the world, similar efforts are also underway to salvage the struggling tourism industry.

In Italy, a government policy intended to revive tourism took effect in July.

According to a promotional program effective until the end of this year, low and medium-income households, couples, and individuals who spend holidays at Italian tourist facilities can benefit from a financial bonus of up to 500 euros ($560).

In Finland, a large-scale open-air market and dining area located on Helsinki’s iconic 3,000-square-meter Senate Square opened to the public on July 1, in a move to encourage the catering and tourism industries.

Due to the novel coronavirus, the number of overnight stays by foreign tourists in Finland dropped by nearly 93 percent in June, Statistics Finland said in a news release issued on July 30.

Between January and June this year, a total of 6.08 million nights were spent by tourists in Finnish accommodation facilities, 42.6 percent less than the same period in 2019. The number of nights spent by foreign tourists dropped by 48.9 percent from the previous year, according to the data.

The worldwide picture across is even grimmer.

On July 28, the United Nations World Tourism Organization highlighted the enormous toll that the coronavirus pandemic has wrought on the global tourism sector, both in terms of tourist numbers and revenues.

The latest edition of the UNWTO World Tourism Barometer shows that lockdown restrictions imposed to curb the global spread of the contagion led to a 98 percent fall in international tourist numbers in May this year, compared to May 2019.

The barometer also shows a 56 percent year-on-year reduction in tourist arrivals in the first five months of this year, with a loss of $320 billion in international tourism receipts, which the UNWTO says is “more than three times the loss during the global economic crisis of 2009”.

While global tourism is slowly recovering with the easing of travel restrictions, its prospects are still uncertain due to a string of downside risks such as the resurgence of the virus, the possibility of new lockdowns and people’s concerns about the safety of travel.

Recently, the UK government warned against non-essential traveling to Spain, saying “the advice is based on evidence of increases in cases of COVID-19 in several regions” in Spain, which was a severe blow to the country’s tourism industry. Even though the Spanish government insists the country is safe to travel to, health authorities have acknowledged that the country may be experiencing a second wave of cases.

Without confidence that it is safe to travel, it will be hard for global tourism to get back on track, which, in turn, will severely hamper the recovery of the world economy.

According to a report published on June 15 by the World Travel &Tourism Council, tourism and travel industries created 330 million jobs in 2019, accounting for 10.3 percent of the global economy.

To accelerate the recovery of tourism, the council suggested in its report “the adoption of global health and safety protocols, the implementation of a rapid test and trace strategy to help contain the spread of the virus, as well as the greater collaboration between the public and private sectors to ensure a standardized global approach to the crisis”.