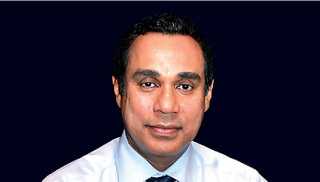 The Hotels Association of Sri Lanka (THASL) in a statement yesterday congratulated President Gotabaya Rajapaksa and Prime Minister Mahinda Rajapaksa for their overwhelming victory at the recently concluded General Elections.

THASL said it also welcomes all new Members of Parliament and wishes all members a successful tenure in Parliament.

“The election results have shown that the country has overwhelmingly voted for a strong Government,” it said.

THASL wishes to reiterate its commitment to work with the new Government and leadership to revive the country’s tourism industry after the impact of COVID-19 on tourism.

“We look forward to working together with the Government and the new Parliament to restore the industry and once again generate valuable foreign exchange to the country, support jobs and local communities,” THASL President Sanath Ukwatte said in the statement which listed key insights to issues faced as well as recommendations on how those can be resolved.

THASL said tourism has become the worse-hit industry by the COVID-19 pandemic. Five months into the crisis, the situation continues to remain uncertain. Industry-wide predictions indicate that tourism will take at least two years to recover.

Government support is therefore critical for the industry to stay afloat and secure livelihoods for the over two million Sri Lankans dependent on tourism income. Welcoming the Government for measures, THASL commended the Government for the people centric economic policies it has pursued since December.

THASL said the new tax policy and recognition of tourism as an export industry has greatly benefited our industry and encouraged investment until the ravaging of the pandemic.

“It is extremely unfortunate that tourism has been once again hit by a crisis outside its control,” THASL said.

Two back-to-back years of terrorism and health crises have severely impacted the sustainability of the tourism industry. The impact on tourism due to the pandemic has been unprecedented. Not even during Sri Lanka’s civil conflict had it suffered airport closures and travel restrictions at the rate witnessed now.

Sri Lanka’s tourism industry has consistently proven its resilience. During the nearly three-decade civil conflict, it has continued to invest in Sri Lanka’s tourism potential. Since the ending of the conflict, the members have invested billions of dollars in new hotel and service investments that, until the Easter Sunday attacks, generated $ 4.5 billion in revenue and was on its way to become a $ 10 billion industry by 2025.

Many of these investments have been financed through debt and unfortunately, two consecutive years of crises has left the industry crippled and in need of Government support in order to prevent a total collapse.