11 Offbeat Places around Kolkata for the True Explorer 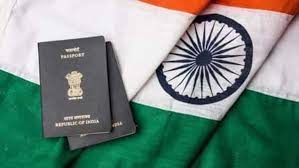 The UAE has waived thousands of dirhams in fines of Indian expatriates whose visas had expired before March 1, helping them return home without additional expenses amidst the COVID-19 outbreak, according to a media report.

Already, 145 Indians have availed the benefits of the scheme which was proposed by the Indian missions in the UAE, the Gulf News quoted the Indian Consulate in Dubai in a report.

The Indian Embassy in Abu Dhabi on July 22 had announced the launch of the new mechanism, according to which Indians whose residence and visit visas had expired before March 1 could return to India on repatriation flights without paying the due amounts till August 17, the report said.

The General Directorate of Residency and Foreign Affairs (GDRFA) in Dubai has waived fines of 145 Indians in the first set of applications which included absconders facing charges of violating residency laws, said Neeraj Agrawal, Indian consul, press, information and culture.

He said 800 applications have been sent to the GDRFA office and that more approvals are expected in the following week as the Eid holidays are over.

He said flyers returning home without paying the visa fines must reach the airport sooner than usual as there are a few additional procedures at the airport.

The issue of visa fines came to light last month when 30 Rajasthani workers were stopped from boarding a repatriation flight as they were found to not have paid visa expiration dues.

The labourers had told the Indian Consulate here that they had zero earning for three months because of the coronavirus outbreak and no proper place to stay.