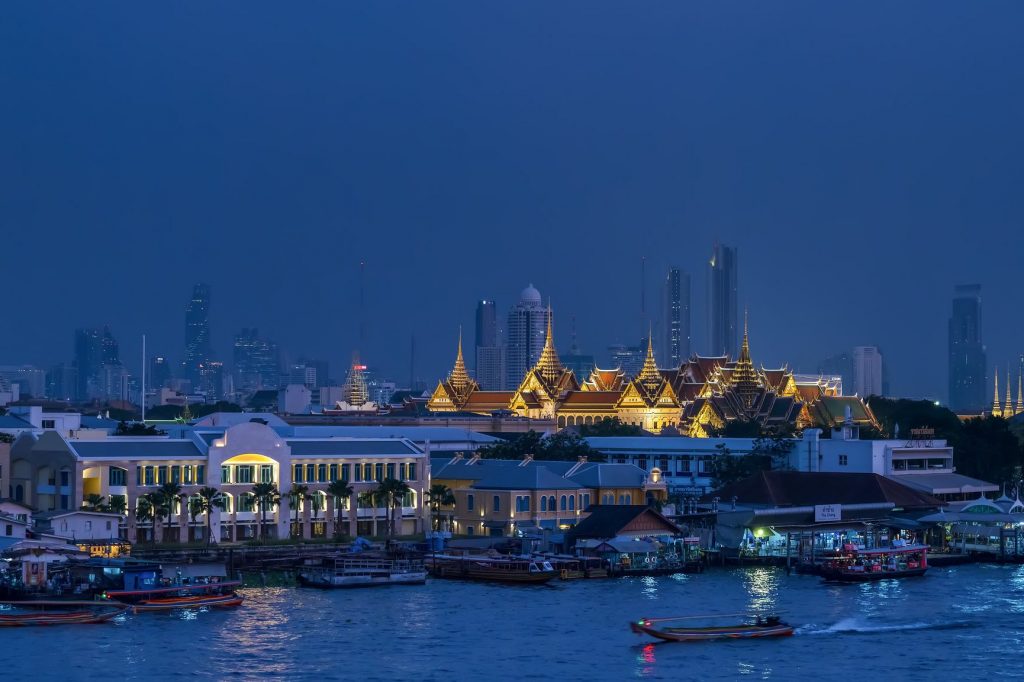 Thailand is starting to see the collapse of its inbound travel agencies as a result of the coronavirus, including two well-known names, Asia World Enterprise and CBS Travel Asia, which closed down on July 23 and August 1, respectively, after two decades in operation.

What should have been a banner year celebrating the 60th anniversary of Thai tourism  is instead the industry’s worst nightmare due to the pandemic. At the start of 2020, inbound agencies were in glee over the promise of 42 million foreign arrivals spending $77 billion. Now they are lucky if even eight million – an epic drop of 80 percent – can arrive in the kingdom in the next few months.

“Asia World has had no business for the past four to five months and no income because of Covid-19,” said founder and managing director, Stephen McEvoy, in a note to staff. “It seems that tourists will not return to Thailand for a long time, which could be in 2021 or 2022, but nobody can be sure.”

CBS Travel’s letter showed its struggle to prevent closure. It apologized to employees for a “prolonged response” due to efforts to find solutions. “Although there was a number of attempts to reach other funding solutions to keep the business alive, we never successfully reached the majority vote for such option,” said Siroj Ussamarn, chief financial officer and son of the agency’s founder, Chaladol Ussamarn.

Both Asia World and CBS Travel provided tours and ground-handling arrangements in Thailand and other key Southeast Asian destinations to leisure, meeting and incentive guests, particularly Europeans. Both founders did not reply to Skift’s request for an interview.

While their closure surprises no one, it’s a sober reminder that the gangrene that has set in on tourism will amputate not only inbound agencies, but a whole supply chain. Inbound agencies depend on overseas tour operators and conference organizers to bring in the clients, hotels depend on agencies to fill up the rooms, and on it goes.

“All those along the line of business are affected. This crisis spares no one,” said Sumate Sudasna, managing director, CDM (which stands for conference and destination management) Thailand.

Tourism businesses in South-east Asia, a region that relies heavily on international tourists, are fearing that if borders stay closed for too long, there won’t be much of the industry left. A pivot to fewer but higher quality tourists such as medical and luxury travelers, as Thailand is doing, won’t help the majority of its players who last year handled 39.8 million foreign arrivals.

Neither will governments’ scramble to promote staycations. The domestic market is only a third of tourism revenues in good times in a big country like Thailand with 70 million people; what more Singapore with not even seven million. Besides, it’s the rainy season from June to end-October in Thailand — why would locals want to head for the beach or outdoors?

Inbound agencies, or “DMC” (destination management company) as they are known in Asia, set themselves apart from online travel agencies, ticketing agencies and volume flight-and-hotel operators by having deep destination knowledge and wide contacts to sew together unique itineraries that suit different market needs.

The sector kept growing. Even when old big names such as Thomas Cook or Kuoni failed, there were always new accounts – whether from emerging or traditional markets, whether small, medium or big – because Thailand was always an attractive sell.

Like everyone else in the Thai industry, inbound agencies’ survival depends on the country’s reopening strategies and how amply-funded they are to withstand the length it’ll take to see a return of tourists.

The kingdom ranks number one out of 184 countries in the world for its ongoing coronavirus recovery effort in Global Covid-19 Index published on July 28 . Yet, despite the poster child status, or because of it, Thailand is allowing only select groups of people in, with no clarity on what the conditions are.

A survey in July by the Thailand Authority of Tourism and Tourism Council of Thailand shows that most local Thais prefer strict restrictions for entry of foreign visitors and up to 2,000 people a day. In June, one of Thailand’s major attractions, Wat Po, a temple adjacent to the Grand Palace in Bangkok, barred entry to foreigners citing Covid-19 concerns.

“Thailand’s approach to the crisis is completely different from that of European countries. Travel within Europe has restarted quite well. European countries are trying to deal with the infections pragmatically and keep the numbers under control. Thailand and other Asian destinations have a ‘zero’ target. This needs total isolation – with unprecedented consequences,” said Ruth Landolt, general manager, Asia365. The tour operator, based in Zurich, is part of Germany’s DER Touristik, which has its own inbound agency in Thailand, Go Vacation.

With peak winter season approaching in October, Thailand must make swift reopening decisions, with both inbound and overseas agencies calling for clarity on travel rulesand requirements for travelers. The Association of Thai Travel Agents representing inbound companies said they need two months’ notice as they have to partner provinces that consent to receive international tourists and work with airlines, hotels and other providers to arrange trips.

Chic Locations UK, which uses Diethelm Travel as its inbound agency, said if Southeast Asian countries want international tourism for the winter season, “they need to make decisions within the next four to five weeks and then make plans on how best health precautions can be applied.”

“If not clients will just ask for options that have more clarity, usually in the Caribbean, and they will shelve Asia for a year,” said its director, David Kevan.

“The demand for travel to Southeast Asia generally is there, but clients need to know that if they book now to travel in December there is at least 75 percent chance it is going to happen. I fully appreciate the health concerns within the countries but to me the economic consequences of a continued tourism lockdown are even more disastrous. I know domestic tourism has cashflow value but this is usually long weekends and at low season promotional rates. For hotels to be profitable they need to be operating at 80 percent each night throughout the high season.”

At the very least, neighboring countries such as Thailand, Myanmar, Laos, and Cambodia should restart overland travel, suggests Willem Neimeijer, founder of Khiri Travel and CEO of Yaana Ventures.

“I know it’s not a business for DMCs, but it’s a start and likely a bigger opportunity than domestic market. It will give much needed relief not just for the tourism sector, but trade and medical. It makes no sense to start with medium or longhaul travel bubbles if overland travel with neighbors has not happened.

“This is the logical and important first step, likely also a good first step to a more rapid and meaningful recovery. The industry must accept that the Covid-19 virus is here to stay, like SARS, swine flu, AIDS, and that a vaccine – if it will be found – won’t be the silver bullet,” said Neimeijer.

The Association of Thai Travel Agents has warned that 80 percent of inbound agencies might be out of business if no tourists arrive in the next four months. It did not reply to a question from Skift as to how many have already perished.

“It’s all about cash,” said Laurent Kuenzle, CEO, Asian Trails. “Do you have enough to survive, not for three months but 1.5 years? Do you have savings or are you indebted? How much money can you save by reducing expenses, without destroying your company and without losing quality and trained manpower when tourists return?”

“Smaller companies with few expenses will always survive, but do they want to or do they call it a day? If generational changes are in the pipeline, do the youngsters want to take over the business and continue or would they rather start something new?,” said Kuenzle.

“And if you are a larger company with investors/owners, are they willing to finance your cashflow to survive? There will be many more companies going down, big and small, traditional and online, it all depends on expenses and cash. At Asian Trails we have excellent owners who not only want us to survive but to get out of this drama stronger by accelerating projects that target future growth, both on and offline.”

It’s not about size, agrees Asia365’s Landolt. “Some of the small inbound companies have a stronger financial background than large ones. Anyway, after Thomas Cook everybody knows that nobody is too big to fail,” she said.

Agencies that are still standing are all in survival mode. When asked what that entails, Khiri Travel’s Neimeijer said, “Bring overheads to lowest levels possible, but stay open and in contact with clients, trade organizations, colleagues. Keep destination and product marketing efforts going. Your brand is secondary, keeping your destination in view is primary. Look at the collaboration among players that would normally be competitors. Right now we’re all in the same boat fighting for the industry’s survival.”

Competing DMCs in Thailand last month developed a checklist of operational requirements to create a safe and healthy environment for tourists, which they agreed to implement. The standards cover six areas: offices, staff, ground teams, meals, vehicles and transportation, and sports equipment and facilities. The standards include but are not limited to those to be certified by the country’s Amazing Thailand Safety and Health Administration initiative, according to a press statement from Abercrombie & Kent Thailand, one of the agencies in the alliance.

But if inbound agencies get through to see a return of tourists, a horrendous obstacle course still awaits. “For one, the volume of business in years to come will be drastically lower and the big boys will be out in force. They will also go after the smaller accounts that will reappear,” said Neimeijir.

Small and medium-size players may still have the advantage if they are niche players, said Addie Hirunkate, director Thailand, Destination Asia, since they have a deep understanding of segments such as culture, adventure, wellness, and know the best suppliers for these niches. “They have their expertise in their [chosen] niches, and offer alternative ways of experiencing the country. Mostly, the owners run the business themselves but with a small number of staff.”

Be that as it may, a bun fight is all but assured. Even before coronavirus, travel agencies already faced tough competition with online bedbanks and online travel agencies, said Lim Boon Kwee, chief operating officer, Dusit International.

“Moreover, hotels prefer to deal direct with clients and encourage direct bookings at rock bottom prices. I believe most hotels have outstanding balances with both local and overseas agents. I foresee a withdrawal or tightening of credit facilities for them due to a lack of trust,” said Lim.

“Both hotels and travel agents will have to restructure their business models, i.e., minimize third-party bookings and maximize direct bookings through direct connectivity. Digital marketing is the key and more budget has to be allocated to boost direct bookings. The meetings market still exists but will be the last segment to return.”

“The government should set up an agency to protect hotels and local travel agencies which are financially strapped.”

Previous article6 Remote Indian Beaches for a Safe Post-Lockdown Holiday
Next articleTAT: 2021 foreign arrivals could be as low as 6.1m