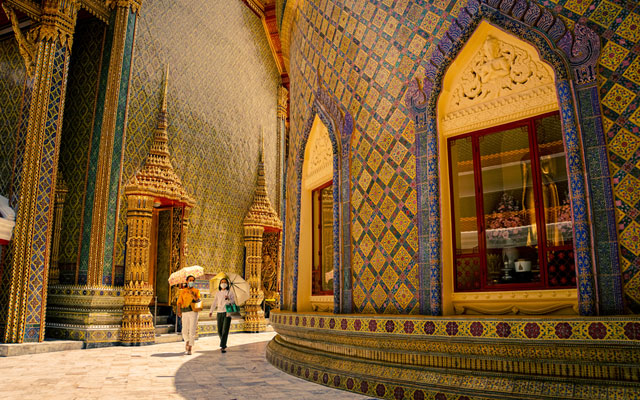 Thailand is unlikely to reopen its borders to international leisure visitors this year, predicted a deputy governor of the Tourism Authority of Thailand (TAT).

Speaking at a webinar hosted by Mekong Tourism Coordinating Office and TravelMole, Chattan Kunjara Na Ayudhya, deputy governor for international marketing at TAT, said that there has been no talk of or timeline issued for reopening the country to inbound or outbound leisure travel during weekly Covid-19 national meetings.

He added that as part of the government’s “very, very cautious” approach to reopening borders, he does not expect Thailand to welcome leisure visitors until 2021.

Noted Ayudhya: “I see no signal from the government that the country will open this year. That’s putting lot of pressure on the tourism industry. The Christmas period, usually the high season, is in jeopardy and I’m looking horribly even to Chinese New Year in February, which is an iffy proposition at best now. Unfortunately, this is not a rosy picture.”

He added that discussions over creating travel bubbles have also been halted. Said Ayudhya: “Last month, there was talk about forming travel bubbles. That talk has not continued so far because of outbreaks in many of the countries we were hoping to get tourists from, unfortunately, including Vietnam.”

However, the list of groups allowed into Thailand under strict measures has been expanded from diplomats, UN officials, as well as business people and investors who have an agreement with the government to include film crews and exhibition personnel.

This is only applicable to visitors from Japan, South Korea, Singapore, China and Hong Kong. Every arrival must spend 14 days in quarantine.

Thailand will also open up to select countries for medical tourism.

Ayudhya added plans are being mooted for when safe bubbles can be formed for leisure travel, with a proposal that all visitors spend a minimum of 30 days in the country. This would be in designated areas – probably islands, such as Koh Samui or Phuket.

“Currently, this is not moving forward as the government is taking a wait-and-see attitude. They want to see how the current groups of foreigners, such as film crews and diplomats, do first. There is still a lot of nervousness,” he said.

The scheme is designed to help tourism businesses tide through and avoid layoffs this year, should Thai borders remain shut to international visitors.

During a joint meeting of the Tourism and Sports Ministry and the private sector chaired by tourism minister Phiphat Ratchakitprakarn, tourism-related groups proposed to allow tourists to enter Thailand in 4Q, said the report. As compared to the travel bubble scheme, the plan envisages safer, more flexible screening procedures for many countries, it added.

Under the plan, explained Vichit, only visitors from cities with a record of zero infections for at least a 30-day window will be selected, and they will be able to travel and stay in designated hotels and provinces. Other safety protocols will include a Covid-free certificate 72 hours before flights, as well as insurance and swab tests.

The report also quoted Vichit Prakobgosol, president of the Association of Thai Travel Agents, as saying that although Thailand has started allowing entry for certain group of foreigners, the tally will be below 100,000, which is inadequate to buoy the tourism industry.

The new inbound plan is expected to draw at least 500,000 tourists to Thailand and generate 50 billion baht in revenue, according to the report.

TAT governor Yuthasak Supasorn said Phiphat will forward the proposal to related organisations, said the report. According to Yuthasak, the tourism sector employed four million workers pre-Covid, but with businesses having zero revenue over the past six months, unemployment in the sector could grow to 2.5 million.

Previous articleQatar Airways extends US flight network
Next articleDay trips from Dhaka: 5 places you can visit for a quick fix