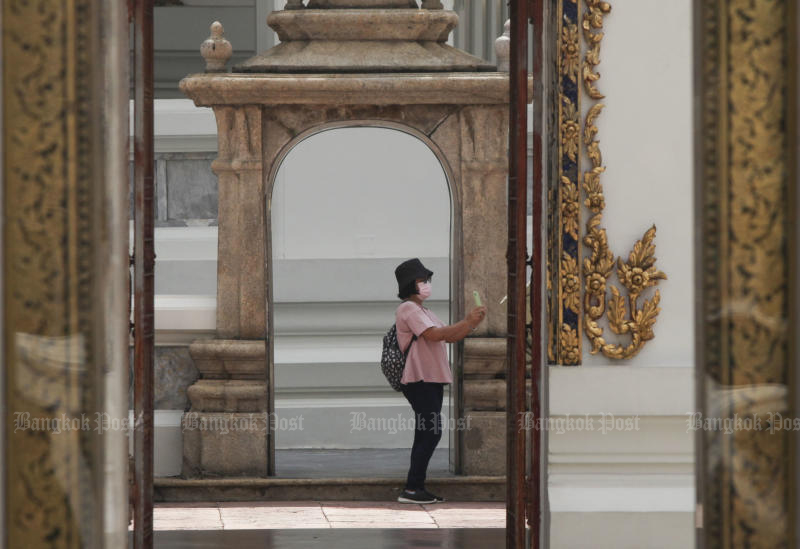 The Tourism Authority of Thailand (TAT) says foreign tourist arrivals next year could be as low as 15% of 2019 levels under a worst-case scenario that factors in a prolonged Covid-19 crisis.

That would represent an international visitor total of 6.1 million, compared with 39.8 million in 2019 when the country enjoyed 12 full months of normal tourism conditions.

Revenue from international visitors in 2021 under the most pessimistic of three scenarios developed by the TAT would shrink to just 296 billion baht, or about 16% of the 1.9 trillion earned in 2019.

Total revenue from domestic and foreign travellers in 2019 was estimated at 3.2 trillion baht.

Tourism forecasters have made frequent changes in their predictions for 2020, based on when they think international inbound travel might resume. In any case, the most recent forecast for 7 million foreign arrivals for this year is probably optimistic.

TAT governor Yuthasak Supasorn said that under the worst-case scenario for 2021, most of the foreign tourists would be from Asia, with the number of seats on international flights at only 15% of pre-pandemic capacity.

The worst-case scenario for the domestic market is a nationwide lockdown that causes economic growth to plunge by 8% year-on-year, resulting in 68.4 million trips for the whole year, generating 380 billion baht, compared with about 1.3 trillion in 2019.

If there is a partial lockdown and an economic contraction of around 3%, the number of domestic trips is estimated at 76.2 million, contributing 458 billion baht.

The base case is for tourism to start a recovery path in the third quarter of this year, with Thailand initially welcoming tourists from short-haul markets.

Tourists from Europe should gradually return during the summer break in July and August 2021, before fully rebounding at the end of the year.

Under this scenario, the country would receive 12.5 million international travellers and 618 billion baht in revenue, with the number of passenger seats reaching 30% of pre-pandemic capacity.

Mr Yuthasak said that in the best-case scenario, total foreign tourist revenue would reach 1.52 trillion baht, with the recovery reaching its fastest pace in the second quarter of next year. This scenario envisions airline seat capacity at 50% of pre-Covid levels and a total of 20.5 million tourists, mainly from Asia and Europe, generating 977 billion baht.

Local travellers would take 89.2 million trips with 548 billion baht in expenditure if there are appropriate benefits to stimulate this market, he said.

Even though the outbreak presents a the great challenge for the industry, the positive image of Thailand’s public health system and its successful containment of the coronavirus will strong confidence-builders for tourists he said.