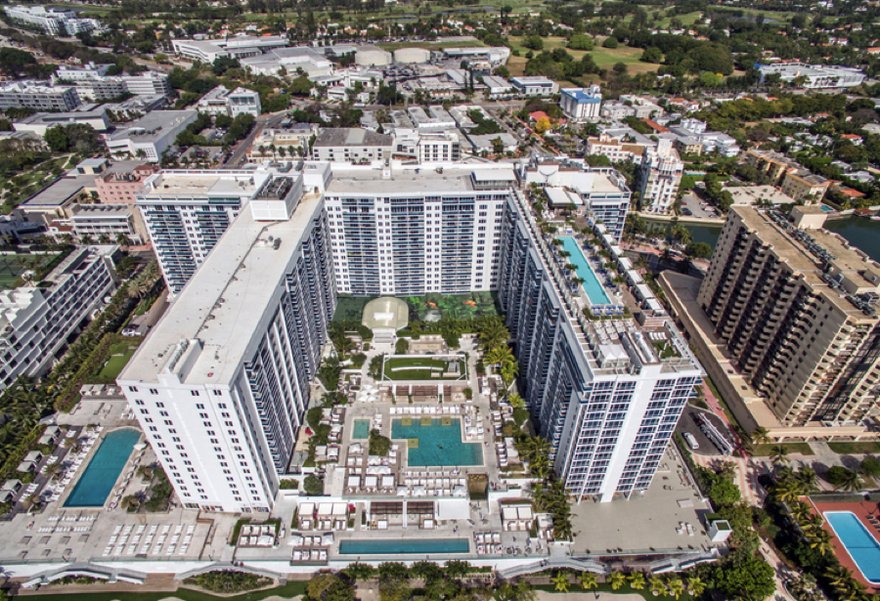 During Host Hotels & Resorts’ second quarter earnings call, CEO James Risoleo estimated that properties can be economically viable with occupancy as low as 10 to 15 percent. At that level, he said, the company could expect to lose marginally less earnings before interest, taxes, depreciation and amortization being open than closed.

“Our preference is for hotels to remain operational rather than suspended because an operational property is capable of capturing spontaneous, short-term demand and better positioned to attract future demand when the market begins to recover,” Risoleo told investors. “All that said, we continually review our hotel’s occupancy trends and won’t hesitate to suspend a hotel’s operations when the marginal benefit of remaining operational turns negative.”

Click here for all of Hotel Management’s COVID-19 coverage

Join Hotel Management’s Elaine Simon for our latest roundtable—Post COVID-19: The New Guest Experience. The experts on the panel will share how to inspire guest confidence that hotels are safe and clean and how to win back guest business.REGISTER NOW

Risoleo said the company had reduced the scale of the losses during the period “by working with our operators to reopen 19 hotels in a socially and financially responsible manner while continuing to carefully control expenses.”

Preparing for the Worst

On the whole, the company’s outlook is hardly positive. As of June, its properties have 1.8 million group rooms on the books for the full year 2020—down nearly 62 percent from the 4.6 million group rooms same time last year. “Our total group revenue pace is down 81 percent in the third quarter and 49 percent in the fourth quarter,” Risoleo said, “and we continue to expect group cancellations in the second half of the year.”

The decline in demand is could drive a drop in supply, although Risoleo emphasized the company has seen “little evidence” of a material decline in supply so far. Still, he said, “there is a historical pattern of supply rationalization after large demand shocks. When we look at the historical supply trajectory for the top 60 to 70 markets, rooms under construction and major markets fell by 68 percent two years after the peak of 2008 and were down 77 percent by mid-2011.” As such, he said, the company expects supply will be mitigated over the long-term, with rooms under construction declining over time and likely bottoming at even lower levels than in the last recession, given a “significantly” greater degree of distress.

This could lead to record levels of permanent hotel closures due to the “unprecedented” level of distress in the market, he said. “Nearly 30 percent of upper-tier hotels in our top 20 markets are temporarily closed,” Risoleo said. “Seven hotels in our top 20 markets are reported to be permanently closed already and we expect more of the temporary closures to become permanent.”

While Risoleo expects economic uncertainty to prevail until the pandemic risks are fully addressed, he said the company’s leaders can still find encouragement for the future.

“First, our operators’ ability to adapt the operating model to record low levels of demand by reducing our hotel level operating costs by 72 percent” compared to the previous year, he said. “Our goal is to make a portion of these cost reductions permanent and to achieve higher levels of profitability and lower levels of occupancy.”

The second reason for hope is the overall resilience of lodging demand, which began to return as states and markets reopened. Riseoleo suggested bookings would have increased had infection rates continued to flatten rather than rise. “U.S. occupancy has achieved higher peaks following the last three downturns, including 9/11, when many believed air travel would be permanently impacted,” he noted. “While speculating on long-term behavioral trends in the midst of the biggest global health and safety crisis in a century is likely to be unproductive, business transient and group business customers have a proven track record of choosing the effectiveness of in-person interactions, despite the efficiency of video conferencing technology.”

Finally, he said, the company’s leadership is confident in the strategic advantages provided by its financial capacity to withstand prolonged business disruption. “Host is different in its potential to not only survive this crisis, but also to capitalize on future long-term value creation opportunities that meet our strategic objectives,” he told investors. “When demand recovers, we believe that the quality of our assets, many of which will be newly renovated, will be a true differentiator that will help us gain RevPAR index share and outperform the industry.”

Ongoing COVID uncertainties meant that plans for some properties which had been preparing to reopen, for instance in Hawaii, were back on hold due to extended quarantine.

The New York market, Risoleo said, is suffering because it is having to do without custom usually created by the annual New York City Marathon and the United Nations’ General Assembly.

Risoleo said it was also hard going in San Francisco thanks to “onerous, costly and unnecessary operating ordinates” from regulatory authorities.

He also said: “Although it remains difficult to estimate the timing or magnitude of an economic recovery, we are continuing to take actions to strengthen our business to achieve our key near-term objectives, including improving cash flow and achieving breakeven EBITDA at our hotels. We are working with our operators to drive occupancy and increase revenues while redefining our operating model to generate higher levels of profitability at lower levels of occupancy.”

He said that the company had the potential to reduce annual hotel level expenses by around $100 million to $150 million, or 3 to 4 percent of pro forma expenses incurred in 2019. It said the gains were only “potential” at this stage because they had not yet been agreed with hotel operators.

Outlining Host’s policy on expansion, Risoleo said: “If and when the right acquisition opportunity presents itself, we will evaluate all potential sources of capital, including existing cash, [joint ventures] and asset sales, to determine the optimal combination that provides the lowest capital costs and the highest accretion, while maintaining our balance sheet strength and creating the greatest long-term value for all our stakeholders.”

Reflecting on the Black Lives Matter movement, Risoleo said he had joined the CEO Action for Diversity and Inclusion initiative and “personally pledged to continue to advance diversity and inclusion within our workplace.”

Previous articleInfusing Confidence Among Tourists Crucial For The Revival Of The Tourism, Says Brar
Next articleWorld’s Happiest Countries 2020 Announced