Borders are closing to Americans. Here’s where you can still go 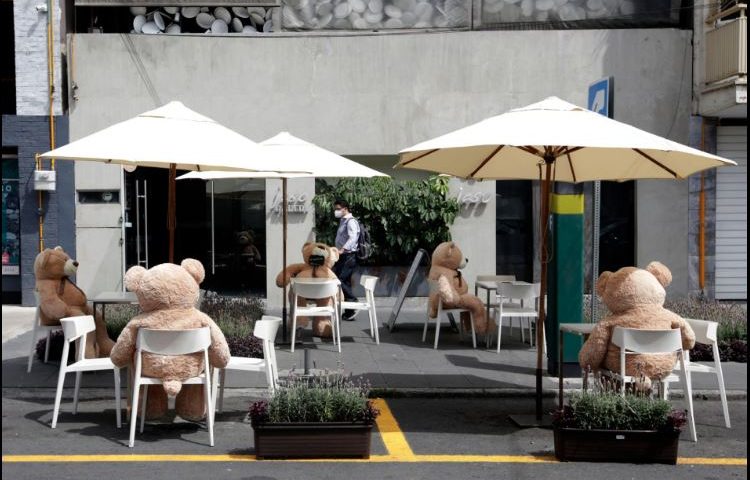 AS U.S. CASES of the novel coronavirus skyrocket, some countries that were cautiously accepting American travelers are changing their minds. Some governments are reinstating travel restrictions they lifted just a few weeks ago, while others are adding screening barriers. The question of where Americans can go plays out against a complicated and ever-changing backdrop of public health fears, economic imperatives, logistical hurdles, and ethical considerations.

Destinations that previously seemed to have the coronavirus under control are now facing new spikes in cases, many linked to travel. There’s worry over Spain’s rapidly rising cases, and that vacationers could spread the virus farther when they return home. France has seen recent clusters of outbreaks, causing the government to expand mandatory masking.

Vietnam had been one of the world’s best pandemic performers, with no reported infections or deaths between April and July. But over the July 25 weekend, cases emerged in Da Nang, a popular beach town. Thousands of domestic tourists were evacuated and at least 81,000 people are now in quarantine. As of August 3, Vietnam has recorded six deaths due to COVID-19, the disease caused by the coronavirus.

Americans aren’t allowed to travel to those destinations yet. But many Caribbean nations, including the Bahamas, are open to U.S. tourists—even though Americans may have contributed to the rise of new cases and resulting lockdowns there.

Here’s the latest on places American travelers can visit—and what logistical complications and ethical considerations fall into the mix.

Where Americans can travel

But entry isn’t necessarily easy. While some of these destinations simply screen for symptoms of COVID-19, others require a two-week quarantine or proof of a negative test result. Be sure to check requirements before making any future plans.

What to know before you go

While there are ways to make travel safer, it’s impossible to eliminate risk. The State Department continues its Level 4: Do Not Travel advisory, and before booking, you should consider whether your trip is essential and how it might contribute to the spread of COVID-19.

Even people who don’t exhibit symptoms of the disease can be contagious, and some are “super-spreaders.” As the Washington Post reported, these highly infectious individuals are driving the pandemic. It’s also not safe to assume that COVID-19 survivors are immune to re-infection.

“What each person does can affect many others,” says Dr. Lin H. Chen, president of the International Society of Travel Medicine and director of the Harvard-affiliated Mount Auburn Hospital Travel Medicine Center. “Travelers must remember that their actions can impact people with whom they have contact and likely the families of those people.”

Those people include hospitality employees, who are often on the front lines interacting closely with travelers. In the travel industry publication Skift, journalist Pam Mandel recently made the urgent and well-articulated case that “it’s unethical to require a worker [to] put herself repeatedly in a high-risk situation” just because someone wants a vacation.

How the Caribbean is coping

Many nations in this region are flip-flopping on where travelers can wear their flip-flops this summer. Having implemented systems to monitor COVID-19 cases, several destinations have been quick to douse flare-ups before they grow out of control. That means tightening restrictions and changing protocols for both residents and would-be visitors.

The Bahamas reopened to international tourism on July 1, but just a few weeks later, COVID-19 cases tripled (from about 50 on July 1 to 174 on July 21; as of August 3, the total has risen to 648). The nation’s response evolved: First, Prime Minister Dr. Hubert Minnis prohibited flights from the U.S. as of July 23. The next day he reversed course but ordered new hurdles for incoming passengers. Travelers to the Bahamas must apply for an online health visa and present a negative PCR test, and now have to quarantine for 14 days in a government facility at their own expense. The country is also under a renewed lockdown and curfew, after residents had started resuming normal life.TODAY’SPOPULAR STORIES

Donovan White, Jamaica’s director of tourism, says the country designated Arizona, Florida, New York, and Texas as high risk and requires those travelers to submit proof of a negative COVID-19 test in advance. White noted that protocols will change, as they will for most countries, because “the trajectory of the pandemic remains unclear, causing the global travel landscape to continue to evolve.”

Aruba opened first to Caribbean neighbors, Canada, and Europe, delaying U.S. arrivals until July 10. “We are aware that multiple countries have temporarily restricted international travel to and from the United States due to a sudden increase in positive COVID-19 cases,” says Ronella Tjin Asjoe, CEO of the Aruba Tourism Authority. Aruba’s safeguards include requiring travelers from 24 high-risk U.S. states to submit a negative test prior to departure, while other travelers can take the test on arrival.

Originally planning to allow U.S. travelers starting July 1, Dutch Sint Maarten moved the green light to July 15, then August 1. Minister of Tourism Ludmila de Weever said in a July 14 Facebook Live session that “everybody got a bit nervous when they heard we were reopening to the U.S.” De Weever added that airlines have been flexible, with one saying “‘any decision you make, we respect that. You have to keep your country safe.’”

For some destinations, safety means not allowing any travel from high-risk countries. “We’ve been eager to return to a time when international travelers rubbed elbows with locals,” says Rebecca Marval, marketing director for the Curaçao Tourist Board, but she adds, “we are determined to succeed the first time around.” So far the island has re-opened to Canada and other nations, but not the U.S. The strategy seems to be working: only four of the country’s 29 total cases were active as of August 3.

Police officers stand guard during a protest in San Juan, Puerto Rico, on July 25 against U.S. tourists arriving from coronavirus hot zones on the mainland.

Bad behavior is to blame

With the world’s highest COVID-19 count, the U.S. has made many countries wary of its travelers. And the behavior of some Americans isn’t encouraging countries to lay out the welcome mat.

Canada is issuing fines and tickets to Americans breaking its quarantine rules. Because of continued rule breakers, stricter measures are now in force for Americans allowed into Canada to drive to homes in Alaska. Residents of Sonoyta, Mexico, formed blockades to protest American tourists who might bring the virus with them. In Ireland, Americans flouting the quarantine have caused locals to push for tougher enforcement.

Prime Minister Gaston Browne of Antigua and Barbuda reportedly said in June that U.S. tourists threatened to sue, arguing that requirements for COVID-19 testing and for quarantine when they tested positive were a “violation of their rights.” As a consequence, the prime minister said the country would change its health protocols.

“We treat all our visitors the same as it relates to entry protocols,” says Colin James, CEO of the Antigua and Barbuda Tourism Authority. As of July 2, arriving air passengers must complete a health declaration form, provide certification of a negative test, and may be subjected to additional testing at passenger cost. Failure to comply may result in fines up to 10,000 East Caribbean dollars (about 3,700 U.S. dollars) or a six-month prison term.

On Grand Bahama island, a recent virus surge prompted a new two-week lockdown that allows outings only to grocery stores, pharmacies, and water depots (due to 2019’s Hurricane Dorian, there’s still saltwater in the taps). Events were canceled or reduced to five participants, but at least one U.S. group held a destination wedding. “We had to watch Americans get married without social distancing, while Bahamians had their weddings canceled and lost deposits,” says local writer Ashleigh Sean Rolle. That wedding is now under police investigation.