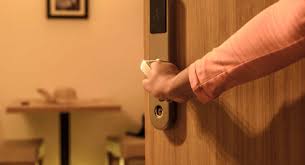 Occupancy in Indian hotels is not expected to reach 2019 levels over the next four years. This was, according to an STR report which was delivered by Vidhi Godiawala, Business Development Manager, Central & South Asia, STR. Godiawala was speaking on hotel performance in India and gave an update till July 2020.

Of the 1400 hotels that report data to STR, more than 35% still remain temporarily closed. The government’s first phase of unlocking the country in June was met with a sharp increase in hotel occupancy in the select gateway market on account of the repatriation flights and increased quarantine business. This trend continues to fuel the demand in India with Mumbai, New Delhi, Chennai and Kochi leading occupancy growth, Godiawala said.

“Across some global markets, we have seen lower class hotels outperform higher classes, which is to be expected given the types of demand available. Similarly, in India, brands with presence in the economy and midscale segment have operated at a higher occupancy with limited domestic travel, but principally operating as COVID-19 isolation facility,” she said.

Despite the lower supply growth in this cycle than in previous downturns, occupancy is not expected to reach 2019 levels over the next four years. Demand will progressively grow from 2021 but not at a strong enough rate to return to 2019 levels. Given the fluidity of the situation, and the factors that go into demand for accommodation this forecast may prove to be too optimistic or too pessimistic, she added.

The magnitude of the pandemic on tourism and hospitality is incomparable to any previous event, however, drawing parallels from previous downturns can help us better understand the factors that shaped the upcycle for India’s hotel industry. In 2008, the impact of the global financial crisis coupled with terror attacks in Mumbai, India’s gateway city subdued traveller sentiment and dried up demand for hotel rooms, according to Godiawala.

The heaviest burden was the consistent and rapid supply of rooms across the country. This had a dampening impact on hotel performance as a drop in demand was met with new supply entering the market. The occupancy index for hotels in India took seven years to recover to the level seen prior to the 2008 global financial crisis and the ADR has never recovered, she added.

Acknowledging the maturity of the economy and midscale class of hotels and its growing prominence in India over the years, STR’s analysis is similar. While occupancy levels may recover two years sooner, the AVR never recovers. What is different this time is that future new supply was already much softer in coming years, and will likely soften further as planned projects reassess their viability, she said.

Reopening hotels in India might be slower compared to other markets. When the virus stabilises and restrictions ease, hotels stand to benefit from the country’s domestic demand that has been a key driver for consistent growth over the years. What is important to understand is that different segments of demand will react differently and all of it will depend on how the virus is contained locally in each region. India’s hotel industry performance has largely been driven by corporate business, while weddings may be a contributing factor to the growing share group business, it’s share in the overall market is comparatively much smaller, according to the report.

Even within transients demand independent corporate travellers make up for a sizable chunk of bookings which is why weekly occupancy of hotel rooms in India have historically always been higher than weekend occupancy.

Given the Indian hotel industry’s heavy reliance on corporate demand, imminent recovery will depend on business confidence to travel. The extended lockdown has impacted businesses reopening, which means the demand from the segment will return more slowly. Leisure business in India counts for a smaller fraction in the overall demand with a growing share being contributed from inbound tourism. When recovery does begin to take shape, trends from other parts of the world indicate that domestic leisure recovers first, with the driveway destinations from metro cities proving to benefit. In India markets in the north such as Jaipur, Udaipur, Agra, Amritsar have the potential to pull family crowds for weekend getaways. Similarly, markets such as Goa and Kochi, that have been famous with international visitors stand to benefit from domestic leisure demand given the easy road access from metro cities, the report added.

How India stimulates domestic business and leisure activity will be key to the short term recovery of accommodation performance. The road ahead seems a little bumpy but once the wheels of the economy begin to turn, there will be light at the end of the tunnel, Godiawala concluded.