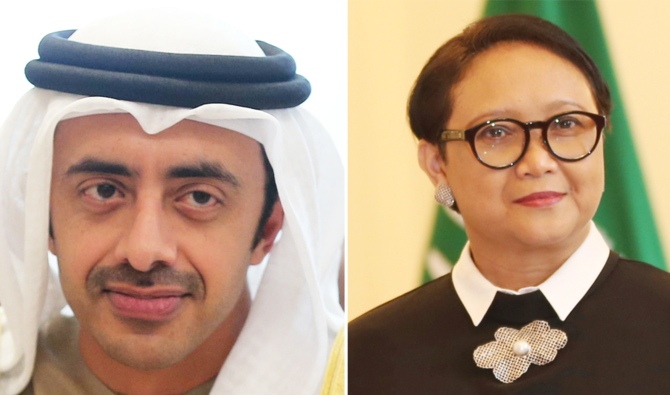 Indonesia and the UAE on Thursday announced the creation of a temporary travel corridor to allow business and diplomatic trips to take place in relation to one of the southeast Asian country’s biggest investment deals.

The agreement was reached by Indonesian Minister for Foreign Affairs Retno Marsudi and her Emirati counterpart, Abdullah bin Zayed Al-Nahyan, on Wednesday evening.

During a visit to Abu Dhabi in January, Indonesian President Joko Widodo secured energy, infrastructure, and agriculture investments worth $22.9 billion in what has officially been described as the biggest trade deal in the country’s history.

“The safe travel corridor arrangement between Indonesia and the UAE is now in effect,” Marsudi said during a virtual press briefing. The minister added that travel would be allowed for essential businesspeople, government officials, and diplomats, in accordance with strict pre-departure and post-arrival health protocols to prevent the spread of the coronavirus disease (COVID-19).

The UAE Ambassador to Indonesia, Abdullah Salem Obeid Al-Dhaheri, who also attended the media conference, said the Indonesian and UAE governments had felt it an urgent priority to provide an avenue for cooperation, despite the COVID-19 pandemic.Volume 90%

“In this regard, the two countries agreed to establish a bilateral temporary agreement to facilitate the easing of travel for business, economy, as well as diplomatic and official purposes,” he added.

Al-Dhaheri pointed out that the arrangement would not undermine mandatory public health and quarantine protocols related to the COVID-19 situation in both countries. He noted that through regular assessment and consultation with relevant stakeholders, the travel corridor might later be expanded to include tourists.

The agreement would exempt travelers from the mandatory two-week quarantine, Purnama told Arab News, but they would be required to have a negative result from a polymerase chain reaction (PCR) test for COVID-19 taken within 72 hours before departure.

“The arrangement is about ensuring that the travelers are in good health. We don’t want this pandemic to impede us in following up on the various agreements reached during the January visit and let the projects stall, which we hope would spur our economic recovery efforts,” he said.

The UAE had committed to investing $6.8 billion out of the total agreed spending package into Indonesia’s energy, logistics, port construction, mining, and agriculture sectors.

Widodo’s delegation also secured the Gulf state’s commitment to assist in establishing an Indonesian sovereign wealth fund, into which the UAE, the US International Development Finance Corporation, and Japan’s SoftBank would inject funding.

The fund would be used partly to finance the relocation of Indonesia’s capital from Jakarta to East Kalimantan province on the island of Borneo, which has been estimated will cost $33 billion of which Indonesia has said it could only afford 19 percent.