Why private firms are being invited to run trains in India, how the model will work 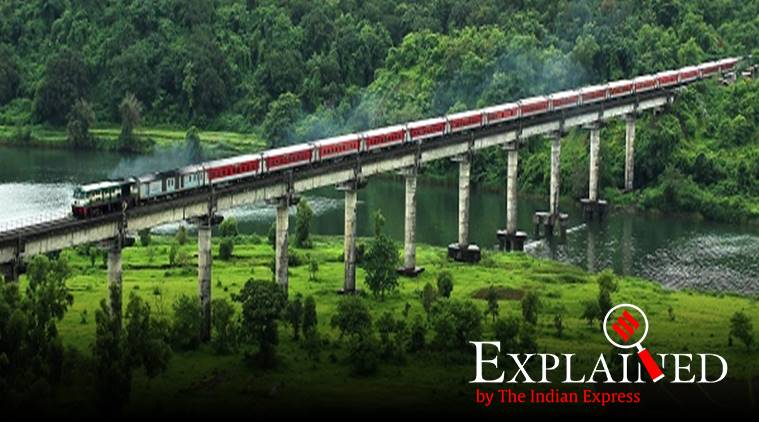 To upgrade the country’s railway system, the NDA government has laid the roadmap for long-term partnerships with the private sector.

The government envisages around Rs 50 lakh crore of investment in rail projects up to 2030, but as per the Union Budget 2019, only a part of it can be financed through government coffers, and public-private partnerships are needed for faster development. The decision to allow private players to run passenger trains stems from that policy.

It is estimated that almost 70 per cent of freight trains, which now jostle for space with passenger trains on the overcrowded Indian Railway network, will shift to the two upcoming Dedicated Freight Corridors from December 2021. This will free up a lot capacity to introduce more passenger trains with better services and higher speeds.

In the normal course, demand for train seats is much more than available, on all busy routes. The result – waiting lists, overcrowded trains, and even losing business to other modes like air and road.

Introducing new, modern trains requires heavy investment in rolling stock like coaches and engines. And then there is the cost of operations, which includes electricity, manpower and all other paraphernalia. In such a scenario, giving upgraded facilities, such as better onboard services and faster trains, would entail a huge modernisation expense for Indian Railways.

As it is, running of passenger trains is a loss-making business for Indian Railways. It recovers only around 57 per cent of the cost through tickets on an average. The rest is cross-subsidised through earnings from its freight operations.

In this context, to cut its losses and convert that opportunity into a money-making enterprise, the government has decided that some of the trains to be introduced in the future will be run by private companies, in a business model never tried in India before.

This move envisages a total investment of around Rs 30,000 crore into the railway system through rolling stock and other expenditure, to be borne by the private players.

The only precondition is that the trains introduced by private players are a definite upgrade from what Indian Railways offers. The idea is to give passengers an option of superior train services without the Railways having to spend any money for it.

How was the move rolled out?

Last year, an empowered group of secretaries headed by NITI Aayog CEO Amitabh Kant presided over this subject to expedite the process. The Chairman Railway Board, Secretaries of Department of Economic Affairs, Housing and Urban Affairs and Railway Board Financial Commissioner were other members of the panel.

Railway Board’s Member (Engineering) and Member (Traffic) were co-opted in the committee as the two subjects are the domains of the two Board Members. The panel also looked into the redevelopment of railway stations through private participation.

How many trains will the private players operate and when?

The government has identified 109 busy routes across India to run 151 private trains for 35 years. These are routes with huge waiting lists and offer a potential to earn. The 151 trains represent only around 5 per cent of total trains run in India.

For the project, the routes are divided into 12 clusters based out of major city centres, such as Patna, Secundrabad, Bengaluru, Jaipur, Prayagraj, Howrah, Chennai, Chandigarh, and two each for Delhi and Mumbai. In other words, trains to and from Mumbai, Chandigarh and the like. 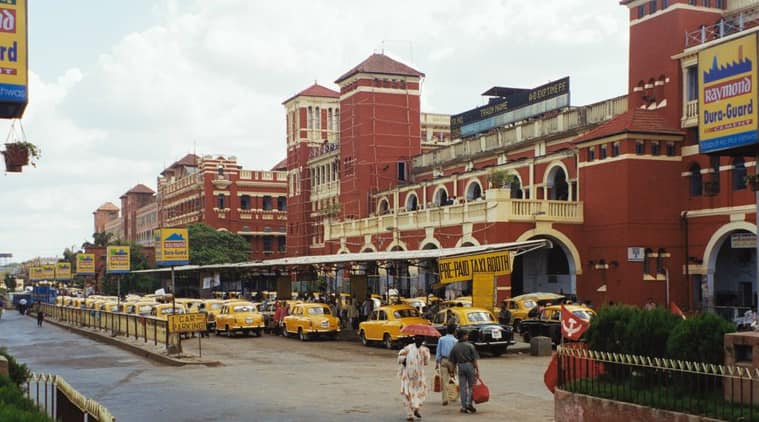 For the project, the routes are divided into 12 clusters based out of major city centres, such as Howrah, Patna, Delhi. (File)

The contract period of 35 years is based on the fact that trains and engines are usually in service for around three decades.

What kind of companies are expected to run the trains?

Since the business of running passenger trains in India has been a monopoly of Indian Railways, no private company in the country has any experience in this sector. Additionally, the invitation is extended to anyone in the world, with or without any experience in train operations. However, Railways has set certain financial eligibility for companies.

Therefore, any company with a minimum net worth of Rs 1165 crore in the last financial year can apply. This is different for different clusters depending on how much Railways estimates a cluster is worth. But the range is between Rs 1,165 crore and Rs 1,600 crore. There is no bar on the number of clusters a company can bid for. Companies can also bid as consortiums.

Therefore, such diverse business houses like GMR, Bombardier, the Vedanta group, Bharat Heavy Electricals, Bharat Forge, Titagarh Wagons, RK Associates (which is a prominent player in the railway food business), IRCTC, some international equity investment firms are among those that have shown participation intent so far. Railways estimates the list to grow. A second pre-application meeting of prospective bidders is scheduled on August 12.

As per internal studies by Railways, private investors may see between 17 and 27 per cent Equity Internal Rate of Return (IRR), translating into very healthy profits. The project IRR is between 14 and 20 per cent, signifying a moderate to high feasibility. This is because it is estimated that the operators will be free to fix their fares and non-fare revenue models, and fares of these trains are expected to be higher than conventional trains, as they will offer better services.

However, investors do their own calculations, and experts have said that any company venturing into this new business will have to have some risk appetite.

What kind of service is expected from private trains?

The trains have to be technologically superior to what Indian Railways has. They have to run at a maximum speed of 160 kmph. They can be either trainsets (like the Vande Bharat) or hauled by locomotives.

They have to satisfy all safety preconditions on the Indian network. They have to be certified by bona fide certifying agencies. Each train will have a minimum of 16 coaches and the maximum length of trains permitted on any route. They will undergo trials in India before commercial rollout.

As for on-board services and tickets, the private operator has a free hand. It can decide the price of its services and what kind of add-on facilities it wants to provide. It has all the freedom to earn from fares as well as non-fare revenue. It will create its client base depending on its business model.

What will Indian Railways get from the private players?

In this business model, the private operator is supposed to share revenues with Railways. The qualifying company that agrees to share the maximum percentage of the yearly revenue with Railways will win the bid.

Besides, Railways will also get a standard haulage charge, akin to track access charge on a per-km basis. Earlier, it was worked out to be around Rs 512 per km, but Railways has not made the final figure public yet. This charge is levied as the cost of using railway terminals, physical transportation of the train, track maintenance, signalling and overheads. The cost of the energy used by the trains will be paid in actual.

Railways has also set certain key performance indicators for the private player, like punctuality, reliability, and maintenance of trains. In this, punctuality is the biggest parameter, carrying around 95 per cent weightage. The service reliability means there should not be more than one failure – like a breakdown – in every one lakh km of distance travelled.

Lapse in maintaining the key performance indicators will invite a penalty, to be built into the haulage charges.

What will Railways give to the private players?

In return, Railways will be contractually bound to provide “non-discriminatory access” to private trains. This means that even though its own trains on the same route will, theoretically, be in competition with the private trains, Railways being the owner of the network, cannot give unfair advantage to its own trains.

It will also meet its end of the bargain by ensuring that its systems and infrastructure are kept well-oiled for private trains to operate in an enabling environment. If the private player fails to meet its key performance indicators due to lapses on part of Railways, then the transporter will also be liable to pay certain damages, all defined in the agreement.

The tickets to these trains will be booked through the current railway reservation system but the money will be kept in an escrow account.

How is this exercise different from the two Tejas Express trains run by IRCTC?

That is not private operation simply because IRCTC is owned by the Railways. The terms of the deal are tailor-made specifically for this operation. That’s why the IRCTC Tejas can at best be described as “corporate trains” and not private trains.

Are private players new in the railway system?

Not in the freight business, where Indian Railways has been courting private players for a while now, through joint ventures and Special Purpose Vehicles etc. The container cargo business has been opened up for private players to the extent that they can decide their own rolling stock and even develop their own business models.

In the general-purpose wagons business, freight customers have been given the freedom to get their own rolling stock if they so wish.

Is this privatisation of Indian Railways?

Both the Opposition as well as Railway unions have opposed this move, alleging it was the precursor to privatising the railway system. The unions have protested as well as parlayed with the Railway ministry on several occasions. Citing examples of other countries, notably Britain, the unions have argued that private operations of passenger trains have been a failure.

Defending the move, Chairman Railway Board VK Yadav has called this a public-private partnership.

Previous articleEmirates to Make the Most Junior Flight Attendant the Designated Toilet Cleaner
Next articleWhich European countries have travel warnings and restrictions for Spain?