Jokowi to Pass Instruction on Sanction against COVID-19 Protocols 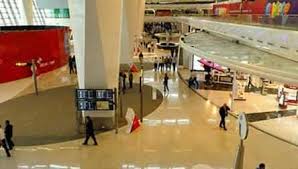 Excess of anything is bad and the same holds true for hand sanitisers as well. Although sanitisers have ruled our lives amid the pandemic, and have become a necessity in the ‘new normal’ world — blame it on the paranoia, or stress owing to the spread of the virus — there have been times where people have used sanitisers excessively. And this has reportedly lead to breathing problems and hand allergies, among other health concerns. Often, just one trip to the market leaves one with sore hands due to copious amounts of sanitisers poured, at the entry of most stores. So, how much is too much? And how can one be wary of excessive usage of sanitisers?

Some like Ritika Pahwa Sharma, a Faridabad resident, was using sanitiser almost throughout the day and subsequently developed breathing issues. She has now taken to washing hands more often than sanitising them. “I was rubbing sanitisers in my hands every 30 minutes, starting right from the time when corona entered India. Last month, when I discovered an allergy on my hands, I visited a doctor and after tests he confirmed that it’s due to excess use of hand sanitisers. I have been prescribed anti-histamine, and for immediate relief I need to take bronchodilator (inhaler) about thrice a day because of my breathlessness. But I can’t restrict the use of sanitisers! So now, I ensure that I wash my hands whenever possible than sanitising them.”

One is often left with sore hands after excessive sanitiser poured in by each one of the guards or staff member at the entry of most shopping stores in the market.

Alcohol-based hand sanitisers are extremely effective in killing bacteria and viruses, but they also kill the “good protective bacteria on your hands” informs Gurugram-based Dr Nehal Shah Vora, adding, “This leads to Allergic Dermatitis or Eczema on the hands, and you may experience dryness, burning, redness and even bleeding. Inhaling the sanitiser can lead to allergic bronchitis or cough. And in children, who accidentally ingest it, it can cause alcohol poisoning as well. Excessive use can also lead to conjunctivitis, hormonal issues, fertility issues, abdominal pain and metabolic disorders and even reduced immunity!”

The best resort is to use a sanitiser sparingly. “Also, after washing or sanitising your hands, must use moisturising creams that contain petroleum jelly or oil,” advises Dr Vora adding, “When a staff at the entrance of shopping stores mandatorily gives you dollops of sanitiser, use it sparingly and then use a petroleum jelly or oil-based moisturiser or moisturising hand wipe after that.”

“I have cases of patients with Obsessive Compulsive Disorder (OCD), who know that it’s irrational to keep rubbing hands with sanitisers, yet are unable to stop themselves. Also, when you use sanitisers, they not only kill the unhealthy pathogens, but even kill the healthy ones.” – Dr Sanjay Chugh, psychiatrist

Excessive use of hand sanitisers is turning out to be a “real medical problem now”, says Delhi-based psychiatrist, Dr Sanjay Chugh. He opines, “The need was warranted because of risk of contamination. And when people started using it initially, it definitely had a positive effect. Now we are seeing a lot of case of sanitiser induced dermatitis or dryness and inflammation of the skin. The more you use it, the more inflammation increases. I have cases of patients with Obsessive Compulsive Disorder (OCD), who know that it’s irrational to keep rubbing hands with sanitisers, yet are unable to stop themselves. Also, when you use sanitisers, they not only kill the unhealthy pathogens, but even kill the healthy ones,”

There is also a risk of alcohol intoxication because sanitisers are 99% alcohol based. “So if you keep putting them, and your hand goes to the nose, and you keep sniffing it then you can actually get a buzz that can possibly lay the seeds for further addiction,” he adds.

Dr Anupam Sibal, a Delhi-based paediatrician, says, “We need to realise that we need just soap and water to clean our hands, and get rid of the SARS COV-2 viruses. Sanitisers serve the purpose as well but we don’t need to rely on them if we have access to soap and water. However, during the unavailability of soap, sanitisers are very useful for example while entering buildings, offices and malls. As we get used to the new normal in Covid-19 times, we need to remember that hand washing, masks and social distancing need to become a part of our daily existence.”