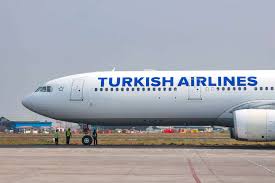 Turkey government has announced its plans to start flight operations to and from India starting August 1. In the announcement, Adil Karaismailoglu, Minister of Transport and Infrastructure of Turkey, said that Turkey will begin international flight operations for four countries, which are India, Russia, Kuwait and South Africa.

He also said that the government was also planning to start operations for other countries such as Iraq, Uzbekistan, Kenya, Egypt, Tunisia, Kyrgyzstan and Algeria too. But for now, they have decided to start with the four countries only.

Meanwhile, the country is already struggling after the dispute over Hagia Sophia, which is one of the most famous tourist attractions in the country. Hagia Sophia, which used to be a church, then a museum, and has a very interesting history, was recently converted into a mosque by the Turkish government. The decision raised a lot of eyebrows across the globe.

Till 2019, the 1500-year-old Hagia Sophia museum was Turkey’s most visited tourist attraction. Given the current scenario, it is still unclear whether tourists from other faiths would be allowed inside the ancient building or not.

On the other hand, Turkey has recorded 227K COVID-19 positive cases and 5630. However, as per health officials, the recovery rate in the country is much higher than the infection rates, which is a good news.