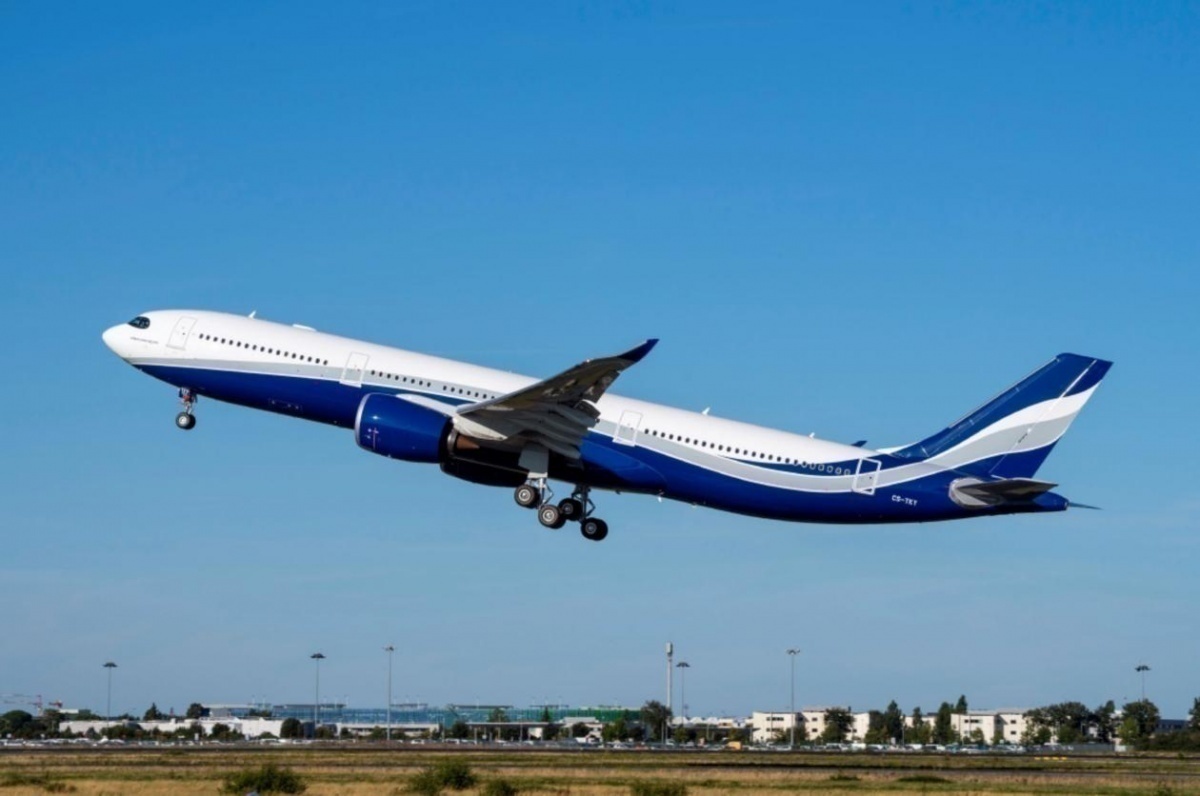 The flight will be a wet lease charter, meaning that the Portuguese operators’ crew will fly it on behalf of the budget carrier. We understand the flight will depart Amsterdam at 14:30 on August 1 and arrive at Bengaluru at 03:00 the following day. It will then fly on to Hyderabad, arriving at 05:30.

While speaking about the repatriation flight and further use of the 371 seat aircraft a spokesperson for the airline said:

“This A330-900 can do India-US non-stop. We plan to utilize it initially for charters to wherever the demand is for. Later it may be used for scheduled flights under the travel bubbles India is forming with some countries. That is an option. For now, it will be used for charters that can be booked by any organization or NGO.”

When the plane departs Amsterdam on Saturday, it will mark the first time that an Indian low-cost carrier has operated a long-haul flight. It shows SpiceJet’s intent to offer low-cost flights to Europe and North America in the future.

SpiceJet has permission to fly to the US and UK

Last week, Spicejet received permission to fly to the United States and the United Kingdom. It is reportedly trying to acquire coveted landing slots at London Heathrow (LHR). By wet leasing what is, in effect, a brand new aircraft SpiceJet is dipping its toes in the long-haul water.Advertisement:

Currently, flag carrier Air India is the only Indian airline offering widebody long-haul international flights. Given Air India’s financial situation, it is not surprising that other Indian carries are looking to compete with it in the long-haul market place.

Singapore Airlines’ joint venture partner Vistara has acquired a Boeing 787-Dreamliner and will soon take delivery of a second as it looks to expand its footprint. So far, the Boeing widebody has only been deployed on domestic routes due to COVID-19 but will be put on longer international routes once it is safe to do so.

For many Indian carriers, slots at London Heathrow remain the jewel in the European crown. Getting landing rights here is a priority for Vistara when it commences flights to Europe.Advertisement:

Given the current situation around the world, Indians would prefer to fly non-stop to international destinations rather than having to change planes in the Gulf. The fear is that, should the coronavirus force the UAE or Qatar to lock down, they could become stuck or unable to connect when trying to get home.

Should SpiceJet manage to get a London Heathrow slot, it could prove to be a gamechanger. It would make the carrier the only low-cost offering non-stop flights between the Indian subcontinent and the United Kingdom.

What do you think about SpiceJet chartering an Airbus A330neo from Hi Fly and possible long-haul flights? Please tell us what you think in the comments.

Previous articleThailand’s beach resorts have reopened to domestic tourists. Here’s what guests can expect
Next articleWest Bengal COVID-19: No flights from Kolkata, trains cancelled on next biweekly lockdown