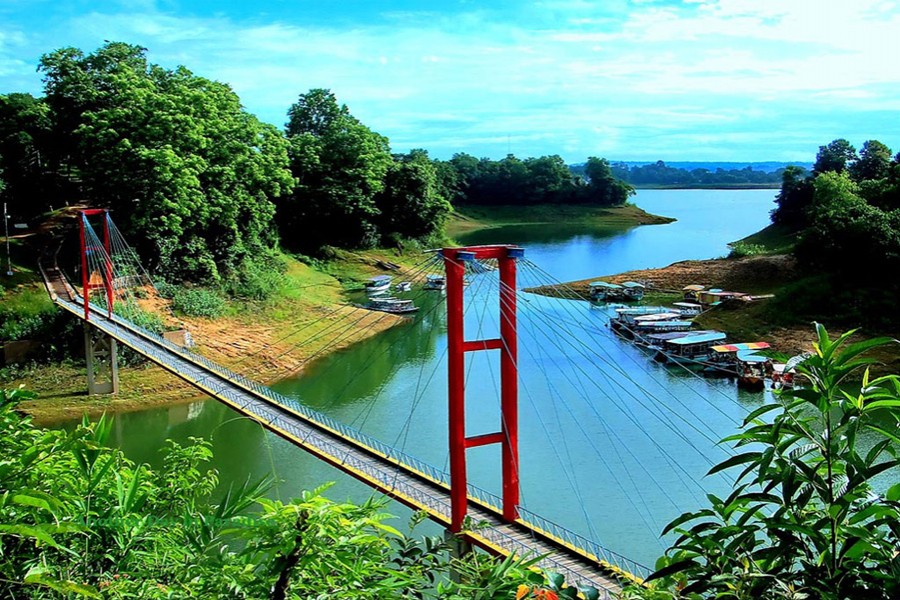 Over the last one-and-half years, tour operators and tourism experts have been predicting an auspicious time in the near future. The second half of the last year didn’t see its expected heyday. The year, however, passed with nominal increase in domestic tourists.

Most of them visited the newly discovered spots in the greater Sylhet region. But, with the environment vitiated by stone quarries, noise and dust pollution, and the frenzied rush of people, lots of prospective tourists turned away from those sites. Instead, they opted for unexplored areas in the Chittagong Hill Tracts and the newly developed beaches in the coastal areas.

Except a few sporadic flare-ups, the country was largely violence-free in 2019. The feverish xenophobia remained noticeably subsided. Foreigners were fleetingly seen moving around a few popular spots and the capital Dhaka. The welcome gesture of general people vis-à-vis foreigners distinguished the spectacles.

The sight of overseas tourists loitering, cautiously though, in a few tourist sites prompted a section of tour operators to expect more visitors to the country. Maybe, they were correct in their prediction. But the attempt to harass an overseas female tourist in her room at a tourist cottage on Pechar Dwip in Cox’s Bazar’s Himchhari area has poured cold water on all expectations. The unsuspecting tourist was alone. Apparently, she came to the country being drawn by the age-old reputation of its people: Bangladeshis in general are hospitable and peaceful. Two scoundrels have detracted a lot from the prospects for foreign tourist arrivals on the long, sprawling beach. The Pechar Dwip incident reminds many of a mugging incident on the beach a few years back. The victim was another overseas lady, who was strolling along the coast immediately after dusk. As she strayed into a relatively secluded area, she was attacked by muggers. She was robbed of her bag containing valuables.

In order to protect tourists from local hoodlums and professional muggers, a special police force was posted in the beach area sometime back. But tourists from remote areas visiting the site still feel insecure. For it, the observers blame the mismatch between numbers of beach-goers and the law enforcers. On occasions, the huge number of visitors simply overwhelms the tourist police patrolling the long beach. Given the increasing rush of tourists in the seaside areas, the need for a concomitant rise in the number of law enforcers doesn’t require much brain work. In reality, most of the popular tour spots are not sufficiently protected. It is the female tourists who feel the need of police surveillance more acutely. The presence of well-equipped law enforcers makes people feel confident as they set out for distant areas at a site.

Lots of people avoid opportunities of going out or holidaying owing to security-related worries. Adequate deployment of law enforcers is believed to draw an exponentially increased number of tourists to well-known sites. They include newly found spots in the larger Sylhet region including Moulvibazar, the interiors of Bandarban and Khagrachhari — as well as the Sudarbans. There are places where camps of the Ansar forces could make a great difference in deterring petty criminals, especially stalkers.

In an atmosphere conducive to tentative emergence of Bangladesh as a tourist-friendly country, the government can ill-afford to fritter away the opportunities to lure sight-seers. To speak bluntly, an aggressive and all-out drive ought to be in place to erase the slurs that have stained the country’s image. In accomplishing it, the tasks foremost among them are instilling of confidence in both local and overseas tourists, a deep-seated belief that Bangladesh is a safe country.

All this warrants accomplishing an uphill task. Many tourist spots were fraught with hazards even a few years ago. With a series of spots discovered in the span of a short time, the tourism authorities have apparently begun smelling the sector’s future prospects. Days have changed, with foreign tourists warier and more careful than before. The same also applies to wealthier tourists. Before going to a new place to leisurely pass a few days, they now want to make sure that the essential aspects of a short travel are in place. The security issue comes first, followed by the basic facilities a person requires even at home.

That the authorities have attached considerable importance to the security issue is important. Before the recent phases of surrender of a huge number of robbers, these ferocious armed gangs used to rule the roost in vast swathes of the Sudarbans. Although the chief targets of these robbers are fishing boats, tourist launches would also fall victim to their sudden attacks. Many people nowadays dread the idea of passing a couple of days and nights aboard launches in the rivers and canals of the forest. The situation has deteriorated alarmingly compared to the one that would be found 10-15 years ago. Patrol police forces aboard small launches and roofed trawlers guarding every nook and cranny of the forest have long been overdue. With the surrender of the pirates beginning in earnest, the security nets need to be more tightened. It’s imperative that loosening of surveillance do not see a relapse of the situation to its earlier state.

While dealing with tightening of security apparatuses, the lacunae should not be swept under the carpet. In spite of rapid increase in the arrival of tourists in the Kuakata beach town over the years, the site has seen its beach-centred tourist police not long ago. Now conscious tourists, along with their families, visit the Kuakata beach and its surrounding areas — free of the baggage of an insidious fear. Apart from the beaches, the forest resorts are badly in need of tourist police. Resorts deep inside the Chittagong Hill Tracts forests are slowly emerging as favourite venues for celebrations. During the New Year’s night, the CHT spots filled with nightlong pageantry should be considered similarly in need of special protection as that seen on the beaches.

The Cox’s Bazar residents would have started witnessing from this 31st eve the return of revelling and frolicking foreigners in different segments of the beach like in the distant past. Sadly, this may not happen this year.

Previous articleThings to do before flying out of Bangladesh
Next articleNEPAL REOPENING FOR TOURISM: EVERYTHING YOU NEED TO KNOW