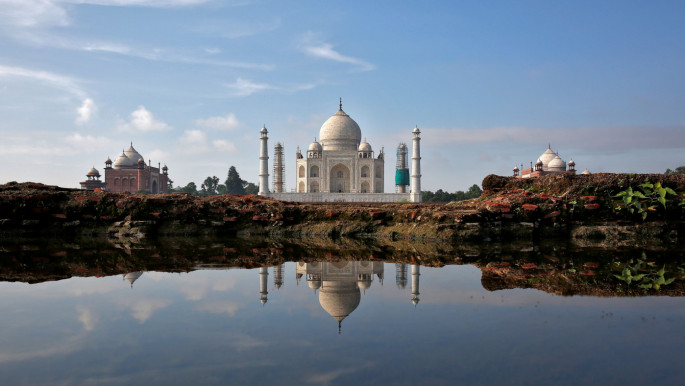 Bangladeshi tourists to India has been growing at a rate of 40 percent annually, according to a report of an Indian public policy organisation.

The report titled “Travel South Asia: India’s Tourism Connectivity with the Region” published by Brookings India on July 23 also revealed that, in 2018, one in every four travellers arriving in India from South Asia was from Bangladesh.

The study referred to a 2018 survey named “Study on Visits of Nationals of Bangladesh in India” by the Indian Institute of Tourism and Travel Management.

However, the growth in Bangladeshi travellers to that country was only one percent from 2003 until 2014. In 2014, India saw an increase of 80 percent in the number of Bangladeshi tourists after it liberalised visa rules in 2013, said the report.

In order to ease obtaining visas for longer employment time and for students, as well as a five-year multiple-entry permit for the elderly and freedom fighters, the revised travel agreement was signed in July 2018. Afterwards, the world’s largest Indian visa application centre was opened at Jamuna Future Park in Dhaka.

Among South Asian nations, Bangladesh accounted for the highest number of tourists in India because of both countries’ geographical “proximity” and “cultural linkages”.

In 2017, around 21.8 lakh Bangladeshis travelled to India, followed by Sri Lanka with only around three lakh tourists.

The major purposes of traveling to India from Bangladesh included religious ones, spending leisure and medical treatment.

However, in 2018, around 80,000 Indians visited Bangladesh, but the number was over 77,000 back in 2007. It means that the number of Indian travellers to Bangladesh rose very little in those 11 years.

According to the report, 24 percent of the Bangladeshi travellers visited India six times or more while, in each 5-9-day stay there, a Bangladeshi spent around 8,000 rupees ($115).

The study highlighted that the number of Chinese tourists increased in South Asia by 753 percent in between 2007 and 2018.

However, Bangladesh witnessed only 82.79 percent growth in the number of Chinese tourists in 11 years, the lowest among the mentioned countries.

During the same period, even the share of Chinese visitors in South Asia dropped from 14 percent to 3 percent for Bangladesh.

Previous articleResorts ready to welcome guests, offer discounts in hope to recover losses
Next articleThings to do before flying out of Bangladesh