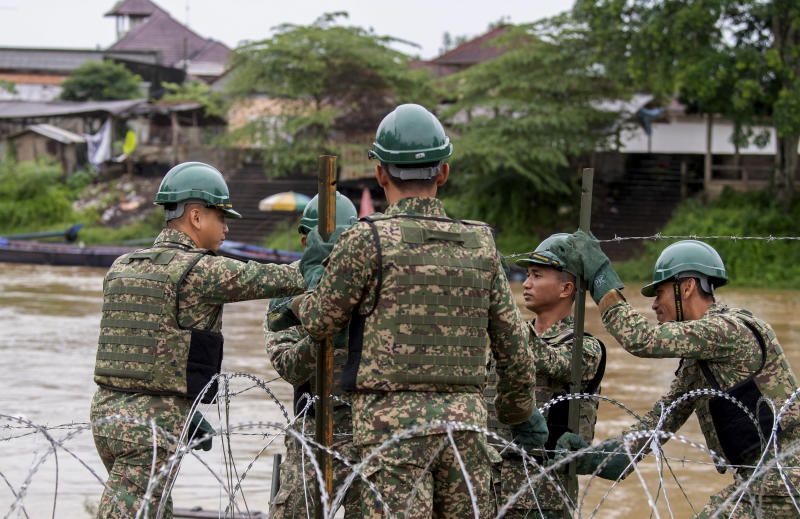 Thailand’s Ministry of Labour has announced that that migrant workers with the rightful papers from Asean nations including the right to work in Thailand, will be allowed into the country, however warning that illegal migrants crossing into the borders will be deported immediately.

Thailand had since the Covid-19 outbreak been very concerned of illegal migrants who sneaked into Thailand, some of whom may have contracted the virus.

“Since the easing of Covid-19 lockdown restrictions, the Center for Covid-19 Situation Administration (CCSA) had approved bringing foreign labourers from Cambodia, Laos, Myanmar and Vietnam into Thailand, but must follow the guidelines issued by the CCSA,” said the Ministry’s Department of Employment director-general Suchat Pornchaiwiseskul.

Suchat said that the CCSA had approved two groups of foreign workers.

There has been many fears of labourers contracting other kind of diseases as for the reason CCSA said it has to be extra careful.

Cambodia on Thursday had also confirmed the reemergence of Chikungunya virus (CHIKV) in northwestern Banteay Meanchey province after dozens have fallen ill, said a statement from the Ministry of Health.

Residents in six villages in Poipet commune of Poipet city had become sick from July 19 to 22, with the symptoms of fever (38 degrees Celsius), joint pain and rash, the statement said, adding that the blood specimen and samples of 104 patients had been tested for CHIKV, measles, rubella, and COVID-19.

“Those blood specimen and samples had been sent to the Pasteur Institute of Cambodia for lab tests, and preliminary results available Wednesday night showed that they had CHIKV,” it said.

Currently, those patients have been recovering at the Poipet referral hospital, it added.

CHIKV is an alphavirus transmitted to humans through the bite of infected Aedes mosquitoes, the statement said, adding that its symptoms include acute fever for three to four days, joint pain, muscle pain, headache, vomit, fatigue and rash.

“Usually, CHIKV is not fatal and most of the patients will recover within a week … but patients can die if they simultaneously have other diseases such as malaria, dengue fever and meningitis,” it said. – Xinhua

Previous articleInternational Flights: Flying to US? Read These New Rules Before Booking Your Tickets
Next articleKolkata’s historic trams trundle once more