No Layoffs, No Reduction In Basic Pay In Any Category: Air India 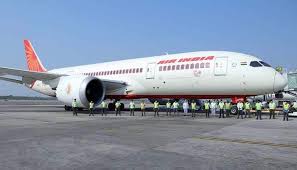 State-owned carrier Air India on Thursday said it will not layoff any of its employees amid coronavirus-induced cost-cutting measures across the aviation sector. The decision was taken in a meeting of the Air India board and the Ministry of Civil Aviation, the airline informed in a tweet via its official handle. Air India also said that that basic pay, dearness allowance (DA) and house rent allowance (HRA) will not be reduced for any category of employees.

However, some “rationalisation of allowances” have been implemented, Air India said, adding that it will be reviewed once the airline’s financial position improves.

Last week, Air India Chairman and Managing Director (CMD) Rajiv Bansal had said that the carrier was working to contain costs by reducing debt, aircraft lease rentals, as well as staffing and operating expenses.PromotedListen to the latest songs, only on JioSaavn.com

The statement came after the airline issued an internal order asking its departmental heads and regional directors to identify employees, based on various factors like efficiency, health and redundancy, who will be sent on compulsory leave-without-pay (LWP) for up to five years.

The aviation sector has witnessed layoffs and pay cuts in a number of companies with lockdowns across the world resulting in travel bans, which have put airlines under financial stress. Most recently, the country’s largest private airline IndiGo said it will lay off 10 per cent of its staff with the company’s Chief Executive Officer (CEO) Ronojoy Dutta saying the coronavirus pandemic has forced the carrier to re-evaluate its “best-laid plans”.