Why Emirates Can’t Give Up On The Airbus A380 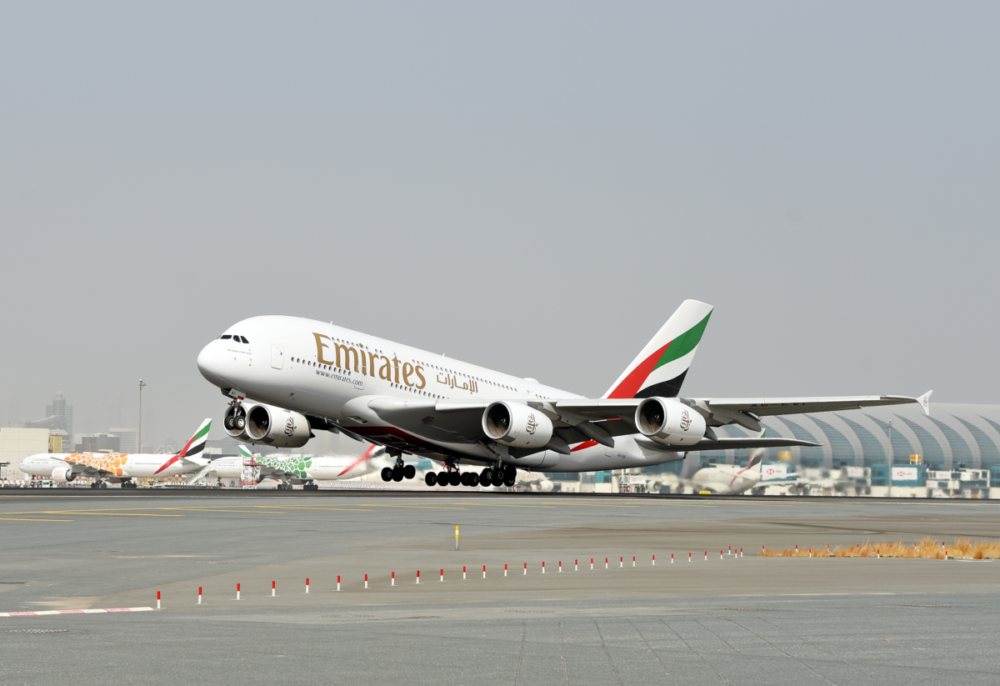 As increasing numbers of airlines either retire their A380s or place them in long term storage, one airline is doubling down on the superjumbo: Emirates. The airline says the A380 will likely remain in the fleet for the next decade and has already brought it back into service. While this does sound positive, Emirates simply can’t give up on its A380s, even if it wanted

Emirates is by far the largest client for the A380, ordering a massive 123 planes and taking delivery of a 115 of those. For comparison, the next biggest A380 operator is Singapore Airlines with 24 aircraft. Emirates has invested billions into the A380 over the years, not only in terms of planes but also with maintenance facilities, crew training, cabin refurbishment, and more.

This significant cost outlay means that Emirates simply can’t afford to let go of their A380s, as other operators have done. The financial impact of early plane retirements can be severe. For example, Air France-KLM lost $49 million just in fleet value when it retired all its A380s and 747s prematurely. In the case of Emirates, this figure would run into the billions for the planes, not to mention the other overhead costs.

While its difficult to calculate how much Emirates’ value would fall if it chose to retire its A380s prematurely, the figure is certainly high. The primary reason why it can’t let go of the A380 is simple: it’s just too expensive.

All airlines that operate the A380 have a large and diversified fleet of aircraft, featuring widebodies and narrowbodies. However, Emirates is unique in that it only possesses two types of aircraft: the A380 and the 777.Advertisement:

If Emirates chose to retire its A380 fleet, or even park it in for long-term storage, the airline would suddenly lose access to nearly 45% of its fleet (for comparison, Air France lost just 10% of its widebody fleet). This would mean a sharp drop in capacity and a slower route resumption, the opposite of Emirates is currently pursuing.

It would be nearly impossible for Emirates to ground its entire A380 fleet for the long-term, since the airline will need more planes soon. The airline has currently restarted flights to 62 destinations globally, with that number expected to go up soon. Considering that many of Emirates’ 777s have been converted to temporary freighters, the airline may require the A380 on routes soon.

The A380 still (kind of) works for Emirates

Emirates has become synonymous with the A380 because of its scale and a strong reliance on the type. Even though demand has fallen significantly, Emirates’ business model remains the same. It will continue to collect passengers at its hub in Dubai and transfer them to high demand routes.Advertisement:

Considering that the airline has already ungrounded two A380s, with more on the way, it seems it can still sustain operations with the A380. While it might take until 2024 for all the A380s to return to the sky, we will continue to see the number steadily rise in the coming year.

While the A380 might still work for Emirates, it is still facing a difficult future. It recently laid off 9,000 employees as a part of its cost cuts. Many of those axed were A380 pilots and crew, which means the airline expects some of the type to be grounded for a while. Clearly it will be a long time before Emirates returns to its 2019 high, but when it does, the A380 will be there with it.