Nepal international domestic flights to resume from august 17 in Nepal 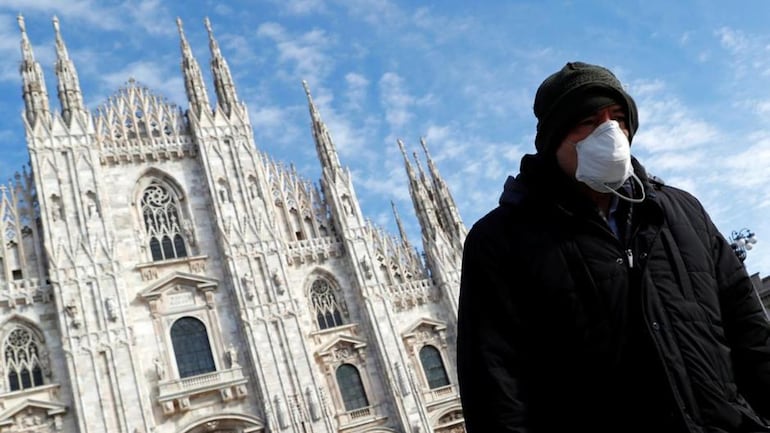 e global tourism industry is set to lose at least $1.2 trillion this year due the travel restrictions brought by the coronavirus pandemic. India makes for a major part of the outbound tourists in the world tourism sector.

With the Covid-19 pandemic, the world is trying to salvage the tourism industry. Research suggests that in that past years, number of Indians going abroad as tourists has increased considerably.

In 2019, the UN World Tourism Organisation estimated 50 million Indians would travel overseas, up from 23 million in 2017.

The research, published by Colliers International in 2019, had also predicted that around nine million Indians — 37 per cent of India’s total outbound market — would travel to the GCC (Gulf Cooperation Council) states alone by 2022 with business, place of work and leisure underpinning this demand.

Some of the important destinations for Indians are Singapore, UAE, Thailand, US, UK, Malaysia, Indonesia, Switzerland, France, Sri Lanka, Nepal, Bhutan, Mauritius, Australia, and the Maldives.

On July 1, the United Nations Conference on Trade and Development (UNCTAD) said that the world tourism sector could lose at least $1.2 trillion or 1.5 per cent of the global gross domestic product (GDP) after having hit for nearly four months by the coronavirus pandemic.

“These numbers are a clear reminder of something we often seem to forget: the economic importance of the sector and its role as a lifeline for millions of people all around the world,” said UNCTAD’s Director of International Trade Pamela Coke-Hamilton.

Some of the countries are highly tourism-dependent economies, many that have Indians as visitors. Outbound from India was close to 29 million in 2019 and is expected to drop to less than 10 million in 2020.ADVERTISEMENT

Thailand witnesses a huge incoming volume of Indian tourists. With a prediction of a decline in revenues by 60 per cent, Bangkok is now looking at how to realign energies for the sector to spring back.

Speaking to India Today, Chutintorn Gongsakdi, Ambassador of Thailand to India said, “Covid-19 and the need to initially prioritise health security has seen international tourist numbers plummet to zero. Currently, domestic tourism is beginning to pick up, while discussions on opening up to international tourists such as medical tourism and ‘travel bubble’ arrangements with lower risk countries are ongoing.”

“In the best-case scenario, tourism arrivals and revenue in 2020 are projected to decline by around 60 per cent. Covid-19 is, of course, a valuable opportunity for Thailand to reprioritise higher value and more sustainable tourism,” he added.

Indonesia is another important destination which saw an outbound in 2019 close to 7,00,000 with an average spend of $1,100 per person.

An expected drop of tourists into Indonesia is over 30 per cent and from India, the numbers may drop to 40 per cent of the projected figures.

“Tourism is important not only for economic reasons but it also brings people closer and enhances understanding and appreciation of each other. We need to apply ourselves to ensure that tourism remains safe, that people go home healthier and in a better spirit.” Ambassador Sidharto Suryodipuro, Indonesia’s envoy to India, told India Today TV.

Sri Lanka welcomed 3,55,002 Indian tourists in the year 2019. The country now seeks revival since it is also highly dependent on tourism.

Now, the world is working towards restarting global tourism. The UNWTO started by visiting the country that was one of the worst-affected, Italy. It is also one of the favourite European destinations for Indian tourists after Switzerland and France.

UN World Tourism Organization, Secretary-General Zurab Pololikashvili said, “Italy is a world tourism leader, a strong ally of UNWTO and committed to making tourism a pillar of sustainable economic development. We must build on the determination and solidarity that characterises our joint response to the crisis to grow back stronger and better with sustainability and innovation among our most important guiding principles.”

In South Asia, Maldives was the first country to announce opening up the country to welcome international tourists.

Speaking to India Today TV about India’s contribution to Maldives economy, Foreign Minister Abdulla Shahid said, “At the end of last year, India was the fastest-growing source market for Maldives tourism accounting for nearly one-tenth of the market share, and one of the most promising markets for 2020. But with the closing of borders in both countries, and Indian borders remaining closed, Indian tourists are not able to visit the Maldives. The Maldives stands ready to welcome Indian tourists to the Maldives once again, as their most preferred overseas destination”.

“Covid-19 has had a dramatic impact on the Maldives. The impact is most acutely felt in the tourism sector. For a period of 110 days, until we opened our border on 15 July, no tourists visited the country. This was the first such instance since tourism began in the country in 1972,” he added.ADVERTISEMENT

While India is looking at reviving its economy, including through tourism, there are many countries that are looking towards India for their economic revival.