Flights Leaving India – Who Is The Cheapest To Fly With? 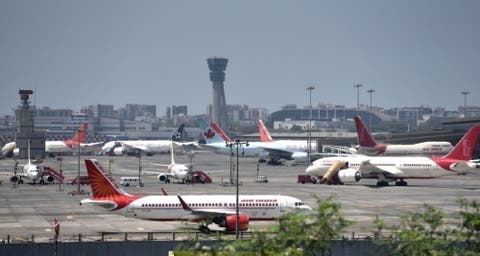 With India slowly resuming international flights, travelers have the luxury of choosing which airline to fly with. Routes to the Middle East, Europe, and the US now have multiple airlines, thanks to the recent travel bubble agreements. However, the one-way nature of most of these flights means prices can be high. So, which airlines are the cheapest for flights out of India?

Flights to the US

Currently, the longest flights from India are to the US. United and Air India fly services from India to a number of destinations.

United flies once daily from Delhi to Newark and thrice-weekly from Delhi to San Francisco. This schedule is valid until 31st July, until the end of the first travel bubble, after it will likely be extended. In total, United will operate 18 flights between July 17th and 31st.

By comparison, Air India has a much larger schedule. The flag carrier is operating 180 flights until 31st August, serving all of its US destinations: Washinton DC, Chicago, San Francisco, and New York (both EWR and JFK). Flights originate in Delhi and Mumbai but have many technical stops for passengers all over the country.

When it comes to price United and Air India have become competitive in the last few days.Recent News

United is pricing its one-way Delhi to Newark flights from ₹57,000 ($763) and San Francisco flights for ₹67,000 ($895). Dynamic pricing is in effect, which means prices could vary significantly if booking close to the dates.

Air India is selling its tickets at ₹51,000 for US flights, a near 50% price drop since the original repatriation flights. Dynamic pricing on Air India seems to be limited, which means price variation is not very significant (reports say the maximum is 30%).

For those wishing to travel to Canada, the only direct option is with Air India. However, if you do hold a US visa you could travel with United and transit to an onward flight to Canada. Flights for the same can be booked with United.

Flights to the UAE

The Middle East is currently the highest demand and most competitive route from India. Both Indian and UAE carriers fly to the UAE, allowing for lower prices. Airlines flying limited schedules include Emirates, Etihad, Air Arabia, and Air India Express.

Currently, India has a 15-day travel bubble with the UAE, which ends on the 26th of July. However, most expect this to be extended, which means flights will continue into August. The competition means that fares on the route are quite low, with Emirates and Etihad tickets selling for under ₹20,000 ($260).

Currently, flights are available from over seven cities in India to Dubai, Abu Dhabi, and Sharjah. Flights between Mumbai and Dubai are available for as low as ₹14,000 ($187) and similar prices for routes to Abu Dhabi. On average, flights to UAE from various cities cost up to ₹20,000 on flyDubai and Air India Express. Booking flights to the UAE is nearly the same as any other commercial flight, albeit with additional certifications.

Currently, only Air India and Air France operate flights from India to Europe. High demand destinations include London, Paris, and Frankfurt. Germany and the UK are expected to the next countries to sign a travel bubble with India, increasing competition in the coming weeks.

Air India is flying a number of flights to Europe on a charter basis. This means there are very limited flights. Most recently, the airline has planned 7 flights from India to London from July 26th to the 30th. The airline also has 18 flights scheduled to Paris, 24 to Frankfurt, and 2 to Amsterdam until 31st August.

Air France is the only other airline flying to Europe. The carrier will fly 28 flightsuntil July 31st, connecting Delhi, Mumbai, and Bangalore to Paris. However, passengers can book connecting flights with Air France, giving them access to all of Europe.

Air France is pricing one-way flights between India and Paris for ₹33,190 ($445), with the cost rising for connecting flights. This fare is quite close to the usual one-way fare for direct European flights, although prices will likely drop when Lufthansa starts flights.

Air India is pricing its European routes higher at ₹39,970 ($535) for a one-way flight. These prices also represent a 25% drop from original fares, as competition increases on these routes.

While many might have different airline preferences, for most, the price remains an important factor. On routes to the US, Air India is likely the cheapest option, while for Europe, Air France is cheaper. With multiple airlines flying to the UAE, travelers have more than enough choice. As more international flights begin, especially by airlines in East Asia, expect prices to drop further.