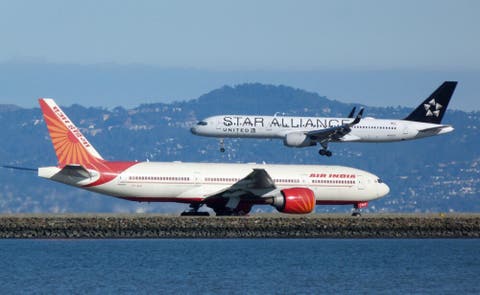 Air India plans to reduce ticket prices on its US routes by nearly 50% from the original fare. The news comes after months of complaints of high prices and as the carrier faces competition from other international airlines. Air India also recently announced an expansion of its US schedule until August 31st, operating 180 flights to three cities.

After months of public criticism, and allegations of profiteering, Air India has substantially cut fares on US routes. At the start of Vande Bharat Mission (VBM) flights, tickets were priced at ₹1,00,000 ($1,337) for flights from the US to India. This meant a family of four were paying over $5,000 for a one-way flight, well over twice the usual fare.

Fares were later reduced to ₹75,000 during Phase 4 of the VBM, as the number of passengers continued to rise. However, this figure was still higher than a regular fare, especially considering that Air India was flying thousands out of the country as well.

However, ticket prices have now finally come down to a more reasonable ₹50,000 ($669). This price is much closer to the usual one-way India-US fare and will be a sigh of relief to the thousands wishing to travel. But there are some interesting reasons as to why Air India decided to drop its prices.Recent News

JOANNA BAILEYHow COVID-19 Has Influenced Where British People Are Flying

JOANNA BAILEYBoeing Running Out Of Space For Newly Built 787 Dreamliners

SYD SHARMAWhat Is A Squawk Code? What Do They Mean?

Air India’s decision to reduce prices coincides with the limited resumption of international flights. Last week, India announced its first set of air bubbles with the UAE, the US, and France. These bubbles have allowed for Emirates, Etihad, United, and Air France to operate flights out of India, challenging Air India’s monopoly.

Moreover, foreign carriers offered significantly lower prices than Air India. United is selling tickets on the Delhi-Newark sector for ₹57,000 ($760), nearly 43% lower than Air India. This prompted many to criticize Air India since United too had to fly to India with no passengers (under the new travel bubble United is allowed to carry passengers into India).

However, on routes other than those to Canada and the US, prices have been quite reasonable. Flights to the Middle East cost between ₹15,000-25,000 while those to London and Europe around ₹40,000. These fares have been reduced since the original set of flights but are quite reasonable when compared to commercial fares. Both private Indian airlines and foreign carriers have matched these prices.

This week, the US rescinded its order requiring Air India to seek permission from the DoT when scheduling flights. The news comes as India opened its travel bubble with the US, allowing American carriers back into India. The new bubbles also mean Air India’s monopoly over traffic in and out of India is reduced.

The existence of travel bubbles with the UAE, US, and France, allows foreign carriers to compete with Air India. In doing so, it offers travelers more options and lower fares. With Germany and the UK expected to be the next countries to receive permission, travelers will no longer have to fly with Air India if going west.

With no restrictions, Air India has massively increased its US schedule, flying to Washington, Chicago, San Francisco, and New York (both JFK and EWR). In total, the airline will fly 180 flights between this week and August 31st. This is much higher than United’s allowance of 18 flights, but that figure will likely be increased.

While Air India does have home advantage, the coming months will see more airlines resume flights to India and give travelers more options and lower prices. Notably, India is yet to allow an East Asian carrier to fly out of India, giving Air India a monopoly over the market.

Previous articleFlights Leaving India – Who Is The Cheapest To Fly With?
Next articleCoronavirus: India’s biggest airline IndiGo to cut 10% of staff