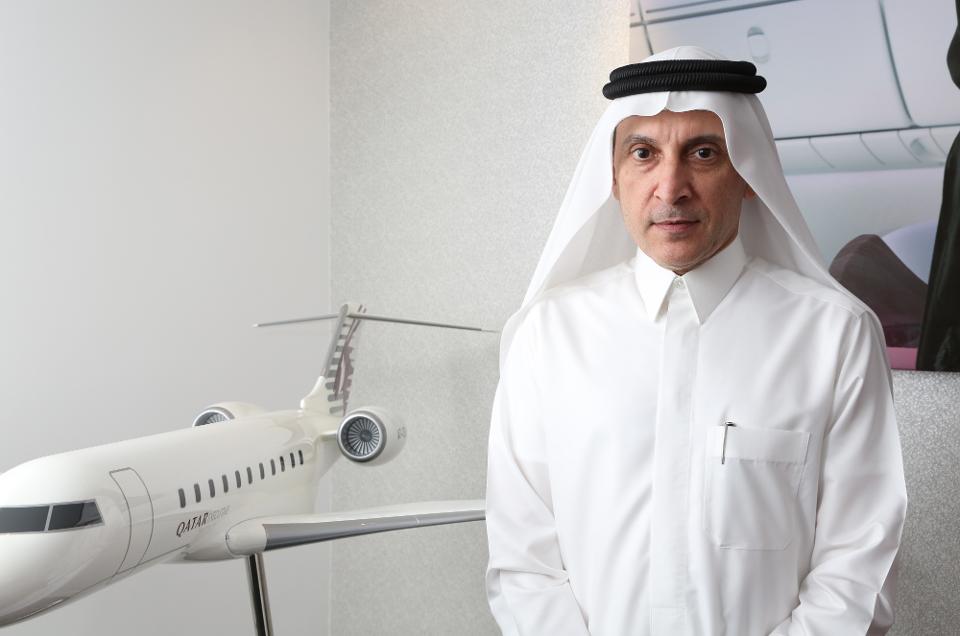 Better known for its worldwide network of scheduled airline flights, spacious lounges at its Doha hub, and lavish Q-Suite business class, the company has been a significant player in the on-demand private jet charter market’s ultra-long-haul segment.

However, that’s changing. Its launch earlier this week of The Diamond Agreement puts it squarely into competition with Berkshire Hathaway’s NetJets and Vista Global Holdings’ VistaJet. Both offer programs that provide fliers one-way fixed rates with guaranteed availability.

That means, so long as you book a specified number of hours or days in advance, you have a set hourly rate. With ad hoc charters, each trip is priced individually.

The fixed one-way rates also mean you don’t have to pay repositioning costs. You only pay for occupied hours, the time you spend flying. On flights to remote corners of the world, the ferry flights can increase costs by as much as 50%.

Jet cards also typically offer service recovery. That means if the operator cancels the flight because of a mechanical or a pilot gets sick, it’s on your provider to find a replacement aircraft for you. With on-demand charter, the customer generally has to pay the difference, if there is a highest cost.

Mark Hardman, Qatar Executive’s acting executive vice president, says The Diamond Agreement is a tailored offering that can be tailored to each individual customer’s needs, although it offers basic tenets of most jet cards with fixed rates and guaranteed reservations.

The Diamond Agreement includes deicing, catering, and taxi time in your hourly rate. Pets and smoking inflight are permitted.

So how does The Diamond Agreement differ from what NetJets and VistaJet are selling?

The minimum flight time charged to Diamond Agreement members is four hours (NetJets doesn’t even have a minimum for certain aircraft) while VistaJet’s vary between one and three hours.

Hardman says as part of designing a program for you, it’s possible to have exemptions, however, clearly he is not targeting folks making lots of short hops. It is estimated 80% of private flights are under two hours.

The focus on transiting oceans and connecting continents is clear. Qatar Executive is launch customer for the upcoming Gulfstream G700, and its current flagship is the G650ER, which can fly nonstop for 15 hours.

With NetJets, to access its ultra-long-haul-fleet on a guaranteed basis, you have to buy a share or enter a lease, so a minimum of 50 flight hours per year and a commitment ranging from three to five years.

For VistaJet, its fixed rate Program also requires a three-year contract and at least 50 hours of flying per year.

Hardman says Qatar Executive’s approach brings together the flexibility of ad hoc charter, where you only buy on a flight-to-flight basis, and the benefits of jet card and fractional ownership programs offering fixed rates and guaranteed availability.

He says his private jet division benefits from its parent’s global scope, providing worldwide offices and support. The Qatar Executive private jet fleet floats, meaning it moves around based on customer needs instead of returning to a base after each trip. In other words, you don’t have to be based in the Gulf region.

Hardman says Qatar Executive’s aircraft are frequent visitors to the U.S. and those of you who are looking for an international private jet solution are part of his target. Because none of its aircraft carry U.S. registration, the charter operator can’t fly you on domestic legs. That means, for most folks, The Diamond Agreement will be a second car in the driveway so to speak, something that’s not uncommon. About 70% of private aviation users have more than one solution.

However, none of the trio are standing still.

Last July Qatar placed a billion dollar order with Gulfstream for 14 G650ERs and four G500s. VistaJet has options for 29 of Bombardier’s super long-range Global 7500s after taking delivery of its first late last year. NetJets, the largest private jet operator in the world, is expected to receive its first Global 7500 next year, part of an order with the Canadian OEM that included 50 of its various Global business jets with an option for 70 more

Previous articleUS passenger flights to India can resume July 23
Next articleRailways to run private passenger trains from March 2023, tenders to be finalised by March 2021