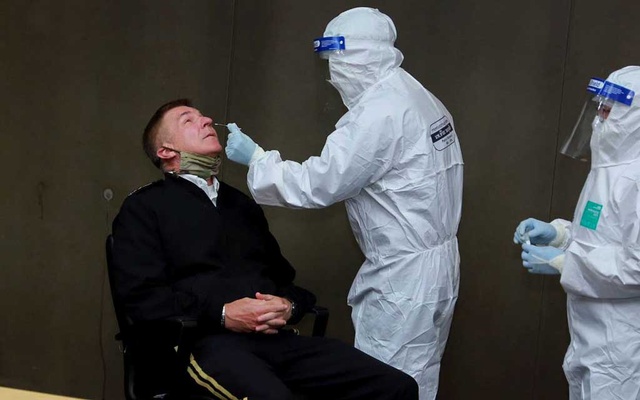 Thailand’s government tightened regulations for the entry of foreigners on Tuesday, after two new imported coronavirus cases with possible exposure to the public raised concern about a second wave of infections.

Thailand has been 50 days without confirmed local transmission of the coronavirus, but two cases among foreigners this week has led to the self-isolation of more than 400 people and fears on social media of a new contagion.

Those isolated may have been exposed to a 43-year-old crewman of an Egyptian military plane in eastern Rayong province and a 9-year-old girl and family member of a Sudanese diplomat in Bangkok.

Both were exempt from the mandatory 14-day state-supervised quarantine required for returnees.

The government acknowledged that regulations for diplomats and aircrewmen, who were among a few categories of foreigners allowed to enter since March with self-isolation requirements, have been too lax.

“This should not happen, I am really sorry that it did and I want to apologise to the public,” said Prime Minister Prayuth Chan-ocha.

Concern spread among Thais online that a second wave of infections and a new lockdown could follow in a country fast returning to normalcy after restrictions were eased.

Two schools were closed in Bangkok on Tuesday and at least 10 shut in Rayong province, where the Egyptian had arrived last Wednesday and spent time at a mall before leaving on Saturday.

Shopping areas and streets were quiet in Rayong and according to media, about 90% of hotel bookings cancelled.

All diplomats and family members, who were previously allowed to self-isolate in their residences, must now be quarantined under government supervision.

Short-term visit by businessmen and state guests who were allowed to enter as of July 1 have been suspended. Coronavirus tests given to those who may have been exposed to the two cases.