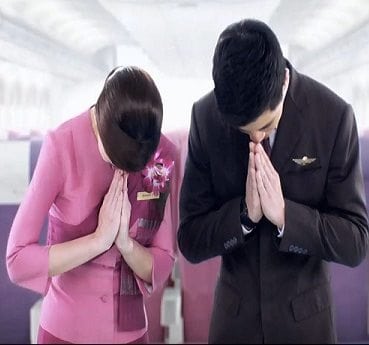 Thailand is hurting and the tourism industry of Amazing Thailand is bleeding. The people in the Siam Kingdom are once again resilient and persistent. The country has chosen life over death for Thais.

Mario Hardy, CEO of the Pacific Asia Travel Association based in Bangkok, Thailand said:
“Thailand had a soft opening of the border in the past two weeks; allowing travel for business and for medical reasons. The number of entries is limited and testing is done upon arrival. We would like to see the reopening of borders with countries that are COVID free or/and have the situation under control. Some clear protocols, testing, and tracing should be available in both countries in order to reopen safely. ”

A conservative approach may be smart considering the increase in infection in many tourism destinations that opened too early. Should the world learn from Thailand?

Many destinations are getting beaten up a second time for a less conservative approach, and this is life-threatening for so many.

The Kingdom of Thailand, a country of almost 70 million people recorded 58 deaths and only 71 active cases left of COVID-19. With less than 1 death (0.8) per million Thailand is number 175 in the world when it comes to Coronavirus outbreak, and currently one of the safest countries.

Known for the land of beautiful smiles and a people to people business approach with great tourism infrastructure, high-level service, Thai’s don’t deserve to go through yet another tourism crisis.  The southeast Asia Crisis, Swine Flue, the Red Shirts, Terror Attacks, Flooding: Every time Thailand seems to get to be on top of a situation, something is stopping the development of this amazing country again. One is learning out of the crisis, and Thailand certainly is showing its experience to the world with COVID-19.

Tourism is one of the most important industries in Thailand. According to the Tourism Council of Thailand president Chairat Trirattanajarasporn the revenue, the kingdom will generate through tourism in 2020 will drop significantly from $70.24 billion to $19.16 billion.

About one-third of tourism business operators in Thailand will run out of liquidity to keep their businesses afloat in the second half of 2020.

“The impact of Covid-19 will become most serious in the third quarter this year after many operators had tried to cut costs by letting some of their employees go, but after more than a million positions cut the situation still hasn’t improved, as no foreign tourists are allowed into the country yet,” he said.

Some operators are starting to sell their establishments, such as hotels, resorts, restaurants, and gift shops to investors who wish to turn them into other businesses.

Surprisingly a nationwide survey in Thailand has raveled that a vast majority of Thai people are still opposed to opening the country to foreigners. The survey was carried out by the National Institute of Development Administration, or Nida Poll.

The survey was conducted on July 6-8 with 1,251 Thai people aged 18 and over. They ranged in various levels of education and occupations throughout Thailand.

A proposed “medical and wellness” program is now opening Thailand to foreigners who test negative for Covid-19.  The program is to allow foreigners to receive medical treatment. They would be required to undergo a 14-day quarantine before being allowed to return to their home countries.

A majority – 55.32% – disagreed with the program. Of them, 41.41% strongly disagreed with it. Saying those admitted could be carriers and cause a second wave of the pandemic. Also, Thailand has already has many Covid-19 infections imported by Thai returnees from abroad.

Another 13.91% said they disagreed because the situation does not yet warrant the entry of foreigners. Even if they have health certificates showing no Covid-19.

On the other side, 23.10% agreed, saying this would enhance the reputation of Thai medical facilities. It would also spur the economy; and 21.58% moderately agreed, reasoning that measures taken by Thailand had proved effective against the Covid-19 spread.

A second proposed program would allow those foreigners admitted for medical treatment. They could travel around Thailand after undergoing a 14-day quarantine. Asked about this second program, 37.89% were totally against it. They wanted Covid-19 to be 100% eradicated first because they had no confidence in the 14-day quarantine; 14.55% disagreed with it, but less strongly; for fear of a second wave of the pandemic since Covid-19 was mostly imported by foreigners.

On the other side, 24.14% strongly supported the program, saying it would help rehabilitate tourism and stimulate the economy, while another 23.26% somewhat agreed with it for showing confidence in Thai medical services. The rest, 0.16%, had no comment or were not interested.