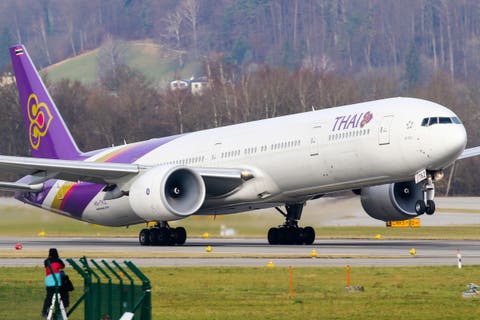 Blaming continuous immigration restrictions and government measures, Thai Airways has extended the suspension of its international flights until September. Thai Airways has not flown international services for several months now. It looks like being a while longer before Thai’s distinctively liveried aircraft return to the skies.

“We appreciate the continuous disruption and inconvenience this may cause to passengers and truly apologize for this,” Thai Airways said about the flight suspensions.

Thai Airways began suspending its flying back in March as COVID-19 started to bite. The decision was a no-brainer. Thailand closed its borders to non-residents and citizens around the same time.

To grasp the impact this decision had on Thai Airways, consider that tourism usually accounts for one-fifth of Thailand’s gross domestic product. In April 2019, 3.2 million visitor arrivals poured US$4.7 billion into Thailand’s airlines, hotels, and businesses. In April 2020, zero visitors tipped in nothing.

Thai Airways gets pushed closer to the edge

However, 2020 has pushed the airline closer to the precipice. In late May, the airline entered into a formal debt rehabilitation plan (somewhat like the United States Chapter 11 bankruptcy provisions), and the Thai Government slightly reduced its stake in the airline.

Things have not got any easier at the airline since then. With borders remaining closed both in Thailand and abroad, Thai Airways has kept rolling over the flight suspensions. Except for some repatriation and cargo flights, Thai’s international fleet has remained on the ground.Recent News

Both the Thai Government and airline management acknowledge the need to reform Thai Airways. The fleet must get consolidated, and operating costs need to cut.

A new acting President in the hot seat at Thai Airways

There is a new Acting President in the hot seat at the airline. Chansin Treenuchagron is a former president of a state-owned oil and gas conglomerate. Mr Treenuchagron only joined Thai’s board in June 2020. He does not appear to have any particular expertise in running airlines.

But Mr Treenuchagron has promptly set up a “survival team” to produce a business plan as part of the business rehabilitation process. This plan is due to be submitted to Thailand’s Central Bankruptcy Court on August 17.

And while the airline was insisting in June that jobs won’t be lost in the short term, frontline staff are deeply unhappy over cuts to pay and benefits. Salaries and benefits got reduced between 10 and 50% in June. Employees have also reportedly lost access to free upfront healthcare. Now, they have to pay for healthcare themselves then request reimbursement. It is a significant impost where salaries, even at Thai Airways, are not large.