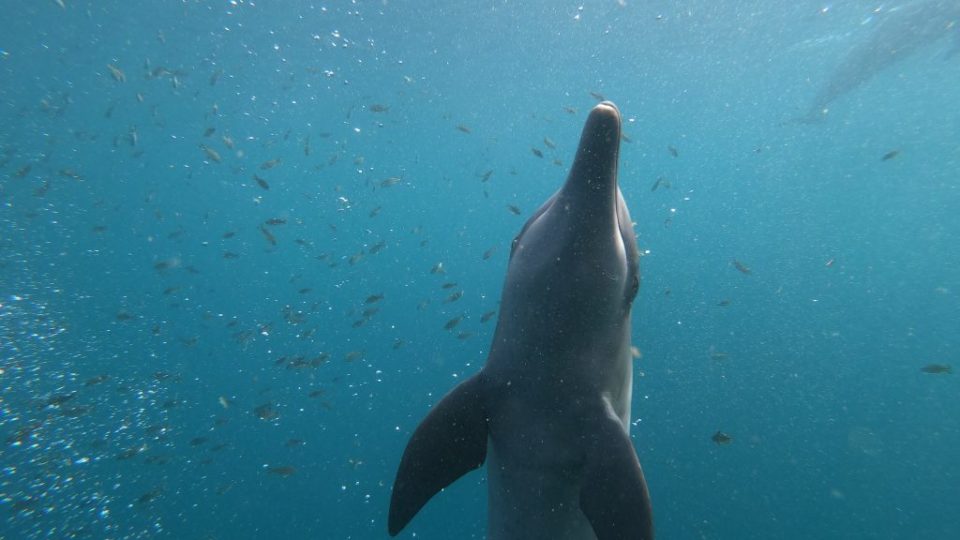 Three dolphins rescued from mistreatment at Melka Hotel in northern Bali are now the first residents of the Bali Dolphin Sanctuary, a new facility organizers say is the world’s first permanent rehabilitation center for dolphins.

In a blog post, US-based non-profit organization Dolphin Project, which runs the sanctuary, says the center is designed for dolphins recently rescued from captive facilities. The three dolphins ⁠— Rocky, Rambo and Johnny ⁠— were captured in the Java sea and had spent the last several years confined in Melka’s heavily chlorinated swimming pool.

Last August, Indonesian authorities and animal rights organizations collaborated on a rescue mission, wherein theyevacuated a number of animals from the Melka Hotel following years of allegations of animal abuse.

The mission came about days after a dolphin that had been kept as an attraction died at the establishment, prompting an investigation from Bali’s conservation agency. Four other remaining dolphins, which were in varying degrees of bad health, and other animals who were “suffering in deplorable conditions” were subsequently evacuated.

Johnny the dolphin, for example, was left blind and toothless, and was critically underweight when he was first rescued, according to the Dolphin Project.

Located in Banyuwedang bay in Buleleng regency, the facility is jointly built by the Indonesian Ministry of Environment and Forestry, the Natural Resources Conservation Center (BKSDA) in Bali, the Jakarta Animal Aid Network (JAAN), and the Dolphin Project.

At the center, the dolphins will be stabilized and nursed back to health, and later assessed on whether or not they are candidates for readaptation and release. Should the cetaceans be deemed fit for release, they will then be transferred to another facility named Camp Lumba Lumba ⁠in Karimun Jawa to prepare for their return to the wild sea, while those deemed otherwise can retire at the center.

Due to his condition, Johnny is set to retire at the sanctuary, whereas Rambo and Rocky may still have a chance to return to the ocean. Unfortunately, one other dolphin named Dewa who was also rescued from Melka succumbed to his illness and died in March.

“As the world’s first permanent dolphin sanctuary in the world, the Bali Dolphin Sanctuary must be a model for success,” the Dolphin Project on their website.

“Ideally, it will act as a prototype for others to be built globally, as demand for captive dolphins wane.”