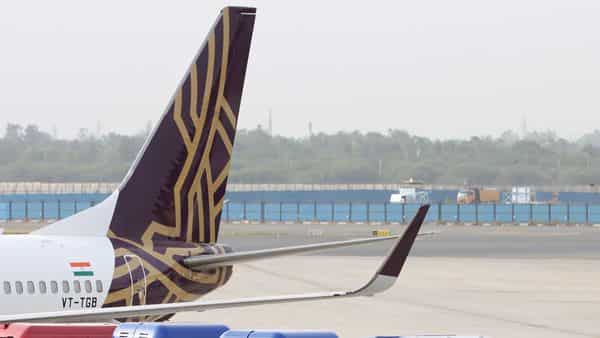 Full service carrier Vistara, a joint venture between Tata Sons and Singapore Airlines, hopes to resume international flight operations by the end of this year, a senior official of the airline said.

The airline plans to resume international flights by the third or fourth quarter of the year, the chief commercial officer at the airline, Vinod Kannan, said on Monday.

“(The) United Kingdom is definitely on our cards as well,” Kannan said adding that the airline is reviewing a decision on adding flights to the country.

International flight operations remain suspended by the Indian government at least till 31 July as the number of covid-19 cases continue to rise. Certain countries are also yet to ease various entry restrictions to allow foreigners even though the Indian government hopes to open flight services in bilateral bubbles with specific countries.

Meanwhile, Kannan said that it may take a few months for ‘normalcy’ to return to air travel as several states continue to impose entry restrictions due to the rising number of covid-19 cases.

Domestic traffic continues to be directional as secondary cities (tier one and two cities) continue to register good demand, Kannan said adding that this has prompted the airline to add flights on routes like Mumbai and Patna.

“Vistara is currently flying about 35 to 40 flights during the weekday, which rises to about 45 to 50 flights per day during the weekend,” he said adding that the airline is operating at about a 25-30% of its capacity, below the 45% capacity threshold set by the government.

“It’s a tough phase for everyone. We are maintaining pricing on certain routes, where we can,” he added.

Restricted recommencement of domestic air traffic with some states imposing additional restrictions is however unlikely to help the aviation industry to recover the ground lost during the current year, rating agency ICRA said in a report last week.

According to ICRA, domestic passenger traffic will register a reduction of 41%-46% during 2020-21, as compared to the previous year while international traffic is expected to reduce 67%-72% during the same period.

Meanwhile, Vistara said that 66% of its customers will fly with the airline within the next six months, quoting a survey conducted by the company involving 6,000 of its passengers.

“20% of the survey respondents planned to take their next flight to a destination outside of India. Singapore, the United Kingdom and Dubai were named most often as the destinations for the respondents’ next international trip, followed by the United States and Thailand,” it added.