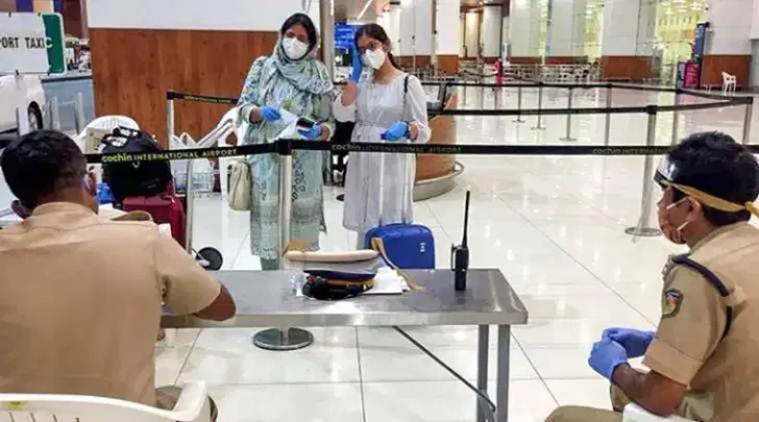 The Indian government started the Vande Bharat Mission on May 6 under which Air India and private Indian carriers have been operating unscheduled repatriation flights for Indians stuck abroad during the pandemic.RELATED NEWS

Some flights are likely to be operated from India to the UAE “very soon” for Indians having valid residency or work permit for the UAE, its Ambassador here Ahmed Al Banna said on Wednesday.

“One question is asked on what about the Indian nationals who are in India and they have valid residency and valid work permits for the UAE? When can they fly back from India to the UAE?” Al Banna said during a webinar organised by the PHD Chamber of Commerce.

“The problem is not in the UAE. The problem actually, or the point, is in India. India has not opened up their airports. They do not allow the foreign carriers to fly into India,” he added.ADVERTISEMENT

“Hopefully, very soon, we will be able to overcome that and there will be some operations dedicated to those Indians, who are in India with valid residency and work permit and ICA (Federal Authority for Identity and Citizenship) approval and COVID-19 PCR test, to be able to travel from India to the UAE,” he added.ADVERTISEMENT

He said the UAE has opened its airports. “We allow visitors and residents back into the UAE on two conditions: One is that they need to have an ICA approval. They have to apply online. It is very simple. They put their details and all that. And they get the ICA approval,” he mentioned.

Number two is that they need to have COVID-19 PCR test done no more than 96 hours from the date of their arrival in the UAE, he noted.

The Indian government started the Vande Bharat Mission on May 6 under which Air India and private Indian carriers have been operating unscheduled repatriation flights for Indians stuck abroad during the pandemic.

Foreign carriers have also been conducting unscheduled repatriation flights for their citizens since March 23. “We fly cargo flights to India. Indian carriers fly from India to the UAE for the repatriation of the Indians who are in the UAE to go back to India. Other than that, there is no commercial airline operating from the UAE, or for that fact from anywhere in the world, into India due to the closure of the airports in India,” said Al Banna.

Airports Authority of India Chairman Arvind Singh said on July 2 that India is in talks with the US and Canada and countries in the European and Gulf regions to establish individual bilateral bubbles which will allow airlines of each country in the pact to operate international flights.

Civil Aviation Minister Hardeep Singh Puri had on June 20 said the government will start thinking on the resumption of scheduled international passenger flights in mid-July, when it expects the domestic air traffic to reach 50-55 per cent of the levels before the coronavirus.

After nearly two months of suspension to combat the coronavirus outbreak, the government resumed scheduled domestic passenger flights on May 25.

However, it had then allowed the airlines to operate the maximum 33 per cent of their pre-COVID flights. The MOCA increased the limits on June 26 from 33 per cent to 45 per cent.