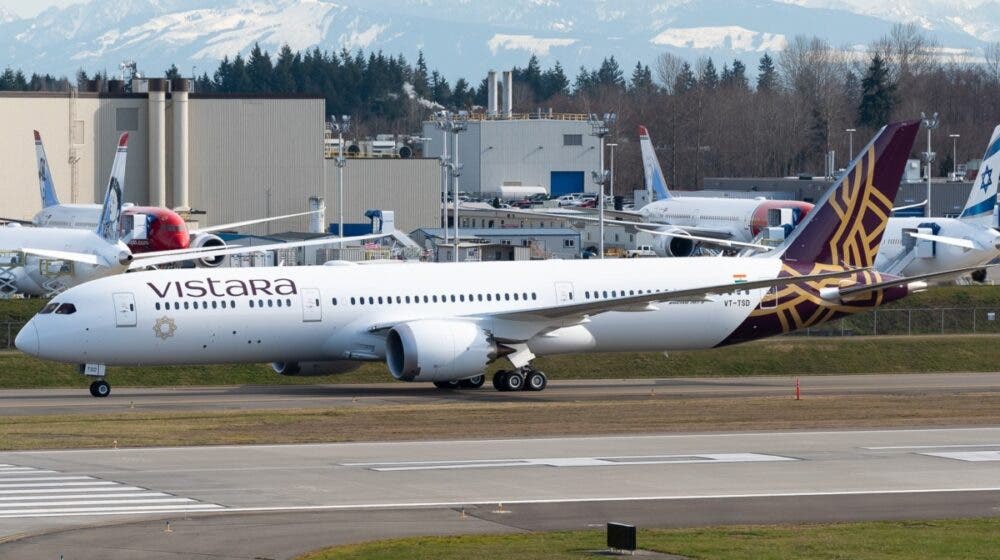 However, it seems Vistara’s business customers are going a step further. Over two-thirds of the business travelers said their domestic flights would remain the same or increase from last year, with that number jumping up to 74% for international flights. The demand for flights is clear, as India sees a steady rise in daily passenger numbers.

As India mulls allowing international flights again, it’s clear that business travelers are willing to travel by air. With demand clearly present, the government might finally allow flights to resume, especially if travel bubbles are formed.

Vistara has also highlighted which countries are in high demand. Asia seems to be most popular, with the United Arab Emirates, Thailand, and Singapore making the top five. Outside Asia, both the US and UK remain popular destinations.Advertisement:

Dubai reopened its borders to tourists just today, making it a prime destination for Indian travelers. Meanwhile, both Singapore and Thailand remained closed to non-residents, making flights there improbable. However, flights to the UAE have also been in extremely high-demand as thousands of employees try to return to the country for work.

Both the US and UK remain on the traveler’s priority list. With the fall soon approaching, demand is expected from outbound college students, in addition to business travelers. Both the US and UK’s borders have been open through the crisis, leaving many frustrated by the flight ban. United became the first foreign carrier to operate flights out of India, opening the door to more airlines starting such flights.

India’s international flight ban is extending into its fourth month now, creating pent up demand in the market. United’s three charter flights sold out within minutes of going on sale, indicating that Vande Bharat flights cannot cater to the demand. India is also facing internal and external pressure, with thousands of citizens clamoring to return to their countries of residence, and foreign airlines pushing to restart flights.Advertisement:

In a press release, the airline hinted at plans to “expand to other countries in and outside the continent as it inducts new narrow-body and wide-body aircraft”. This could be a nod at starting international flights with its 787s soon, perhaps even to London considering the demand.